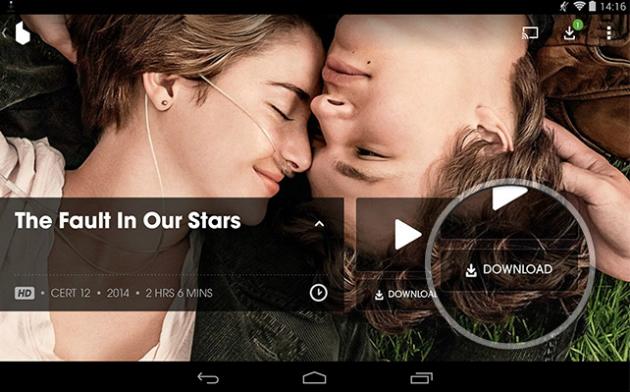 When offline playback arrived for Blinkbox's video streaming service on the iPad, we knew that Android support couldn't be far behind. After all, Tesco has plenty of Hudl 2 tablets to sell this Christmas, which all heavily promote its services. So for your next commute or agonising car journey with the little ones, Blinkbox now lets you queue up some sweet flicks in advance. Unlike Apple's tablets, you can both purchase titles and manage your downloads from inside the Blinkbox app, although offline playback isn't supported on Android 4.4.3 and higher. Early Lollipop adopters might be left out in the cold, but Tesco hopes to make amends with new movies via Entertainment Film Distributors, including American Hustle, Transcendence and Her -- plenty to keep you occupied during the wet and chilly winter months.

In this article: Android, Android tablet, Blinkbox, Hudl, Hudl2, Tesco
All products recommended by Engadget are selected by our editorial team, independent of our parent company. Some of our stories include affiliate links. If you buy something through one of these links, we may earn an affiliate commission.