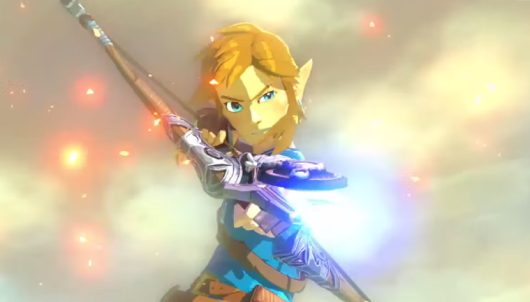 Remember that Legend of Zelda game announced back at E3? You know, the one where Link is definitely not a girl? Well, Nintendo revealed a good chunk of gameplay during The Game Awards this weekend, showcasing a massive, open world as well as the new combat tricks such as slow-mo arrow firing after leaping from Epona's back.

Your tour guides through this very, very green world are designer of the original The Legend of Zelda, Shigeru Miyamoto, and Legend of Zelda series producer, Eiji Aonuma. And while this Legend of Zelda game for Wii U is at the forefront of their discussion, the duo also discuss the upcoming Legend of Zelda: Majora's Mask 3DS and a Wii U entry in the Star Fox franchise.

The Legend of Zelda: Subtitle TBA, as well as the Wii U Star Fox game and Majora's Mask 3DS are all due in 2015.
[Image: Nintendo]
In this article: Eiji-Aonuma, legend-of-zelda, nintendo, shigeru-miyamoto, the-legend-of-zelda, wii-u
All products recommended by Engadget are selected by our editorial team, independent of our parent company. Some of our stories include affiliate links. If you buy something through one of these links, we may earn an affiliate commission.