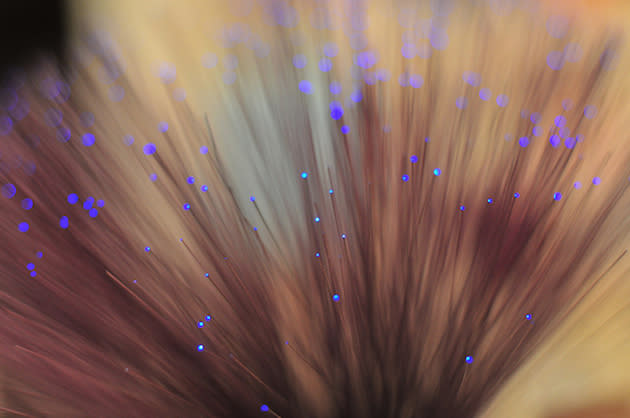 Broadband usage is soaring in the UK, but the companies piping it into our homes are still playing catch-up. That's according to Ofcom, which looked into the state of connections across Britain. So how does it all break down? For a start, the average household now uses around 58GB each month (including downloads and uploads), almost double the 30GB of data Brits were moving last year. That increase may have been helped, in part, by an increase in connection speeds. According to the regulator, the UK's average has increased from 18 Mbps to 23 Mbps over the last 12 months. However, that isn't the case for everyone; many Brits are still struggling to get a decent connection in their home.

In its report, the watchdog said the typical UK household now requires a 10 Mbps connection; anything lower and you're "likely to be constrained." However, Ofcom estimates that those speeds are currently unavailable to 15 percent of UK homes. So never mind whether or not you can afford (or want) a broadband package with a faster connection; if you're living in one of the unsupported areas, you're stuck with what you've got.

Ofcom also looked at existing broadband connections across the UK, and how they stacked up to this proposed 10 Mbps threshold. Only a fifth of rural connections are faster, which then rises to 65 percent in semi-urban locations and 70 percent in UK cities. In fact, only 60 percent of broadband connections are faster than 10 Mbps. Given the varied nature of Britain's communications networks, Ofcom wants to give homeowners some clarity by launching a new site that shows broadband speeds and 3G, 4G, Freeview and digital radio coverage anywhere in the UK. You can enter any street name or postcode, which could prove useful if you're moving home or worried about a place's potential connectivity.

In this article: broadband, home broadband, ISP, Ofcom
All products recommended by Engadget are selected by our editorial team, independent of our parent company. Some of our stories include affiliate links. If you buy something through one of these links, we may earn an affiliate commission.