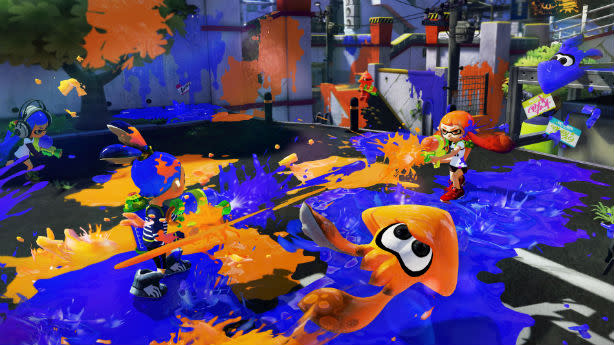 Welcome to Stiq Figures, where the sales data is after the break and the posts don't matter.
A lot can happen in a year. Social media behemoths can snatch up rising tech companies, unlikely returns can happen simply because a CEO says so, and new, strong genre frontrunners can seemingly come out of nowhere. Sometimes the surprises we don't have the chance to hype ourselves for are the best parts of a year, and this week's Stiq Figures is all about celebrating 2014's personal out-of-left-field moments.

Personally, my biggest surprise was when Nintendo addressed my complaints at E3 by revealing Splatoon and Code Name: STEAM, two new, prominent franchises with fresh characters that wouldn't be stuck solely testing the waters of the eShop. As much as I enjoy Nintendo's existing roster, I've harbored a lingering hope in recent years that the developer would make a substantial effort with a blank slate. With two retail-sized debuts on the way within the first two quarters of 2015, I'm glad to have some fresh faces to look forward to in addition to a few reunions.

What caught you off guard this year? Was there a particular announcement that you weren't expecting, or was it a game you played that you didn't expect to love as much as you did? Let us know in the comments, right after you check this week's Japanese hardware sales after the break!

Note: As Media Create did not provide updated sales figures last week, this week's sales data is presented without comparison. We will return to the standard up/down format next week.
New 3DS LL: 83,041
PS4: 68,041
New 3DS: 34,676
Wii U: 27,334
3DS LL: 24,475
Vita: 24,039
3DS: 14,911
PS3: 7,803
Vita TV: 974
Xbox One: 724
Xbox 360: 102
PSP: 8
[Image: Nintendo]
In this article: Japanese-Hardware-Sales, JapaneseHardwareSales, stiq-figures, stiqfigures
All products recommended by Engadget are selected by our editorial team, independent of our parent company. Some of our stories include affiliate links. If you buy something through one of these links, we may earn an affiliate commission.