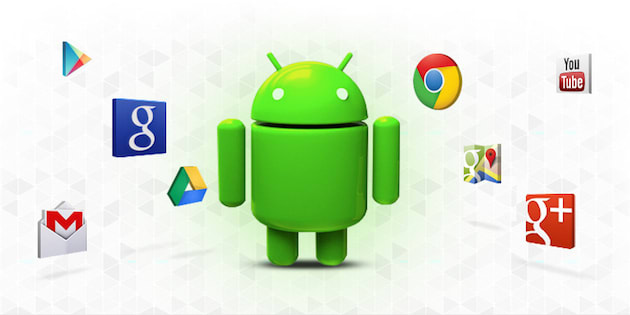 As Android has evolved, Google's worked increasingly hard to keep users locked into its ecosystem. The search giant creates new apps, retains users by giving them a thoroughly decent out-of-the-box experience and then charges device makers for a license to embed them on their phones and tablets. Its constant iteration has helped it stay ahead of the pack for some of its services, but many fall short, leaving users to find something better. The official Gmail app: it's fine, really it is, but if you want unified inbox support, productivity features or the ability to pull emails from more than one place, you're left wanting. This sort of limitation can be found across Google's stable of apps, from messaging to the calendar and camera interface. We've trawled Google Play to find software alternatives that -- dare we say it -- do a better job, at least with certain tasks. So please, whip out your phone and give them a go.

What we're looking for here is an app that can deliver Google-style levels of reliability, while also being open to non-Google inboxes and offering enhanced features for power users. Luckily for us, there's no shortage of apps that can do just that. 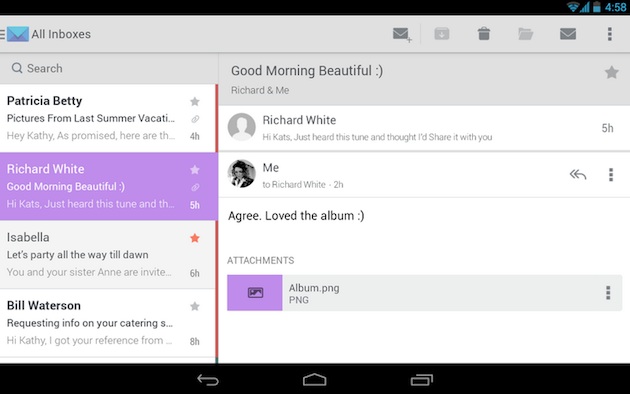 The clue's in the name, really. Capable of integrating Gmail, Exchange, Yahoo, Outlook, iCloud, Office 365 and IMAP accounts at once, this app uses its cloud algorithms to make your emails easier to find. Unlike Gmail, the clean interface on show here offers a unified inbox that lets you left-swipe emails to perform any one of three actions, a bit like Tinder for the office. 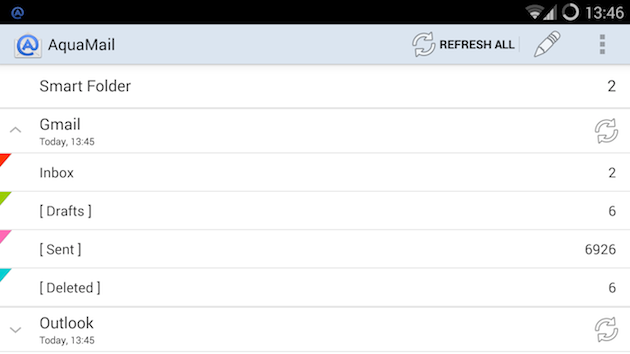 Optimized for both smartphones and tablets, AquaMail offers multi-account support and a simple user interface. Yes, it does look like Gmail, but the team behind AquaMail has constantly refined the interface to make it as easy to use as possible. This includes a dedicated attachments tab at the top of each email, fullscreen modes and a smart inbox. Grabbing the paid version removes the two-account limit and drops the promotional signature attached to all outgoing messages.

With the launch of Android 4.4 KitKat, Google ditched its pre-loaded SMS app to let users choose their own. Hangouts became the de-facto starting place, but plenty dislike the app's inability to properly unify chats and texts under one contact. So here are some solid alternatives. 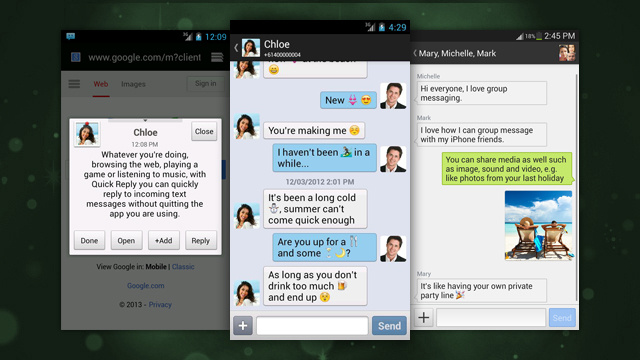 In the migration away from Hangouts, some have resorted to Textra, a messaging app that offers deep customization for notifications and a time-saving quick-reply popup that lets you respond to messages without fully opening the app. Simple in design, Textra handles huge inboxes with no noticeable slowdown, something you'll appreciate if your friends don't use Whatsapp. 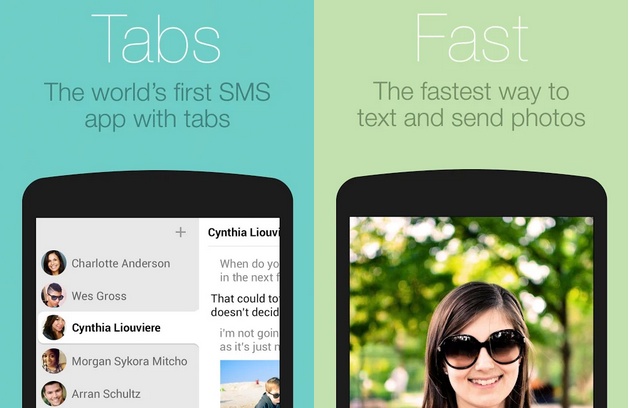 Dropping the inbox for tab-based interface, Hello SMS' minimalist design puts interactions first with contact names and photos on its left sidebar. If you find yourself in a never-ending group text, the app will intelligently combine messages from up to 15 contacts so you're not left with a messy inbox. Hello SMS' one-touch camera interface also lets you send selfies to your friends in double-quick time. 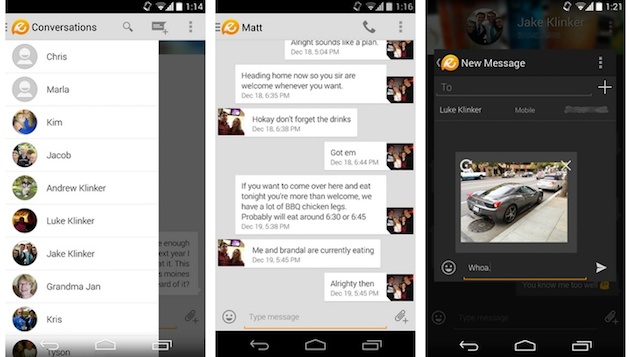 Calendar apps have pushed forward on iOS in the past year, but Android users have seen little change compared to their Apple-loving counterparts. Google's own is functional and intuitive, but lacks inspiration. If you're looking for something that goes beyond the traditional grid-based format, check these apps out. 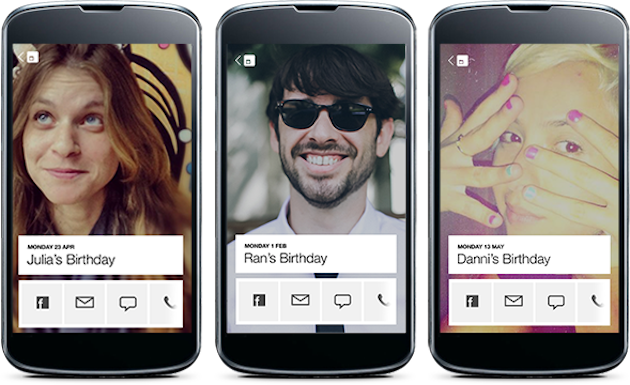 Any.do decided to take a different approach with Cal. Sure, it still features gCal support, but it also includes a number of social and productivity features that stand out thanks to its stylish UI. If you have a task listed in Any.do, it'll pop up in your schedule beneath your planned events. Connect your Facebook account and you'll be notified of everybody's birthday, letting you send them a text, email or post on their wall in celebration. 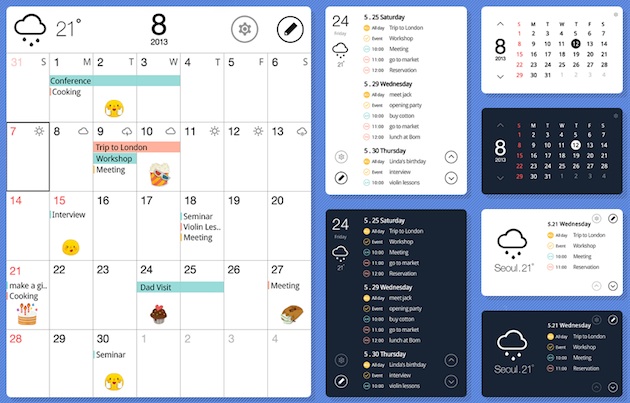 With stickers and various themed widgets, SolCalendar is certainly different than most calendar apps on the Play Store. It might not be to everyone's taste, but it'll let you add events with a single touch, litter them with birthday cakes and smiley emoticons and display them using any of its 40 home screen widgets. SolCalendar's neat weather notification also checks the elements, giving you the chance to pack an umbrella before you head out the door. 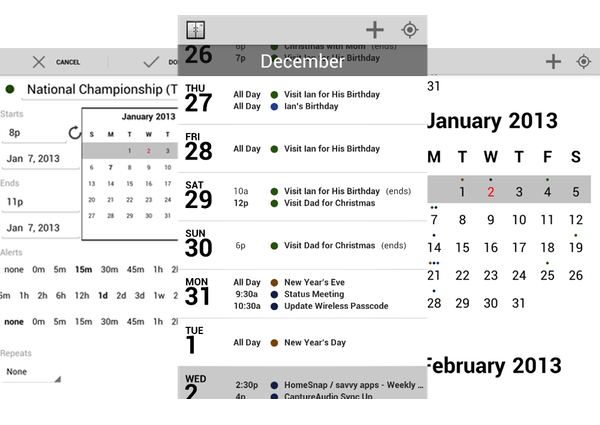 Coming to Android a little while after iOS, Agenda's, erm, agenda, is to display all of your calendars in a single and easy-to-read feed of upcoming events. All of the traditional daily, weekly and monthly views are there, letting you create appointments with a single tap. The simple black-and-white interface might not be for some, but it's certainly helpful if you like to mix work, play and everything else in between.

Keep an eye out for: Sunrise -- expected to launch on Android in the coming months.

One of the weakest built-in Android apps is the default camera app. Google admitted it isn't as good as it should be, prompting it to improve the camera on the Nexus 5 and roll out additional photography settings on newer Android devices. If you're stuck with an older phone or want to try something new, try these camera app replacements. 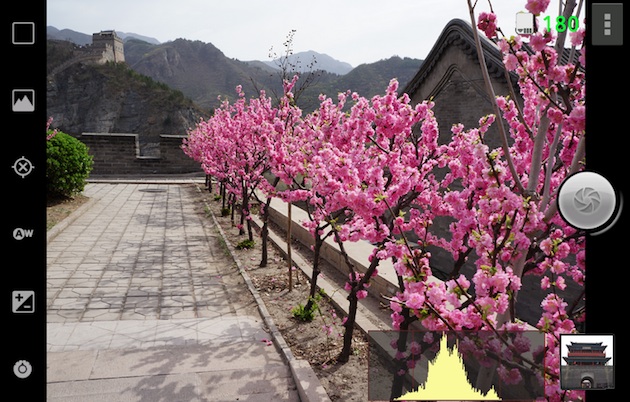 Apps like ProCapture go heavy on features and skimp on glitzy UI to make your photos stand out. It offers a high-quality panorama mode, timer, burst, wide shot mode and noise reduction, keeping the focus on shooting modes instead of after-effects. The full version includes support for higher resolutions and touch-to-focus, so we'd recommend the upgrade. 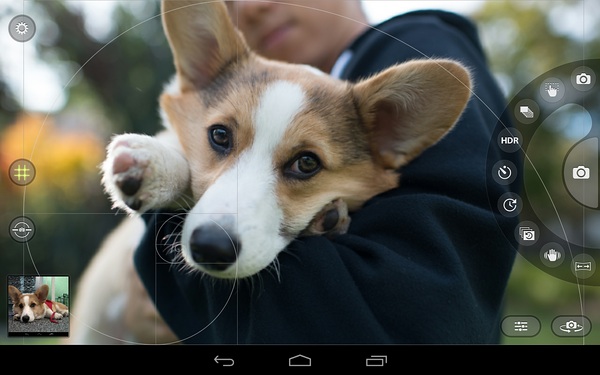 SmugMug's Camera Awesome looks a bit like Apple's iOS 6 camera app and comes packed with clever features like two-finger focal adjustments. Even better, you can tweak the ISO, white balance and exposure settings all from the screen. Add in a full screen shutter button, burst shot, HDR mode, timer, panorama and social sharing and you've got yourself a whole lot of camera app for very little money. 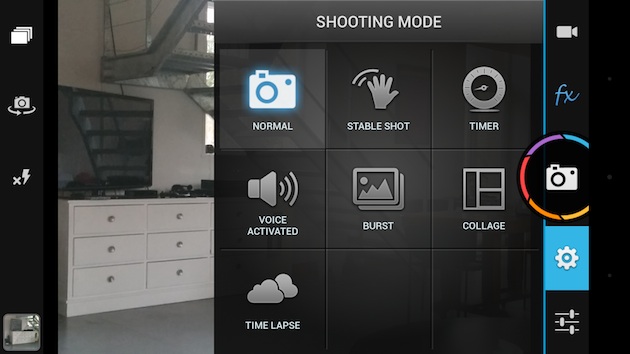 If filters and after-effects are exactly what you're looking for, Camera Zoom FX has more than you could possibly need. Without ruining your original images, the app features over 90 built-in filters, frames and effects that range from the sublime to the ridiculous. If you ever wanted to have a virtual photo taken with the Queen, look no further.

While Google's Keep is a supremely fast and extensive app, self-confessed productivity nuts may feel its simple approach doesn't deliver enough features. Although Android is overflowing with apps focusing on lists, notes and photos, many don't hit the right notes. Here are our recommendations. 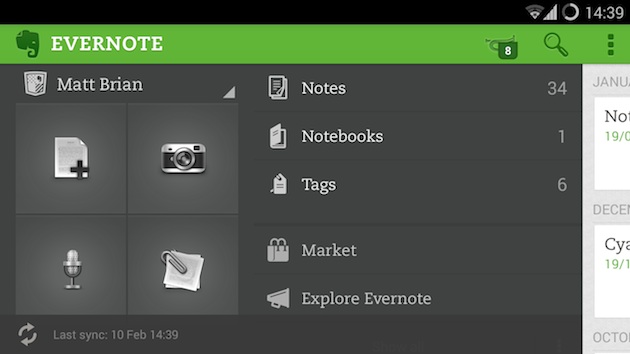 Evernote is a heavyweight note-taking app, in terms of both features and actual size, supporting lengthy text input. It provides an easy way to add lists and save audio notes, indexing them for later searching. With apps on every major platform (including the web), you can tweak your grocery list anywhere there's an internet connection. 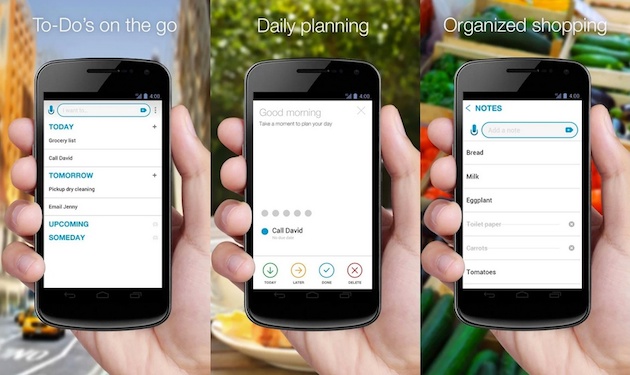 Any.do, a to-do list app from the makers of Cal, is an amazingly powerful to-do manager that offers cloud sync, time-saving gestures, missed call integration (ever wanted to turn them into reminders?) and auto-suggestion features as standard. Once you become a little more acquainted with the app, you should try its voice support: not only will it transcribe your words into text, but you can also do so in a variety of languages.

We also like: Todoist, Microsoft OneNote, Springpad, Quip and Remember The Milk

Before we finish up here, we can't resist a few more recommendations. Google's done a great job of porting Chrome from the desktop to mobile, but Dolphin Browser and Mozilla Firefox both offer unique features not found in the search giant's app. If you wake up one day and find you don't like the default Clock app, we suggest you check out Timely, even if it is now owned by Google. Also be sure to take a look at QuickPic if you're after a solid replacement for the Gallery and Photos apps -- just don't ask us why the company decided it needed two apps to handle the same function.

If sampling the best Google Play has to offer isn't for you, Android's default apps are constantly being refreshed to deliver additional features. Apps are one of the reasons why the OS has passed one billion activations, after all. Developers focusing only on a handful of apps may be the first to innovate, but it often prompts Google to incorporate features it's seen elsewhere. While this list won't stay up-to-date forever, some of these apps have remained popular since Android's early days and the newer suggestions still have plenty of life in them yet. If you think you have better app recommendations, we'd love to hear them.

In this article: android, apps, calendar, camera, messaging, mobilepostcross, productivity
All products recommended by Engadget are selected by our editorial team, independent of our parent company. Some of our stories include affiliate links. If you buy something through one of these links, we may earn an affiliate commission.