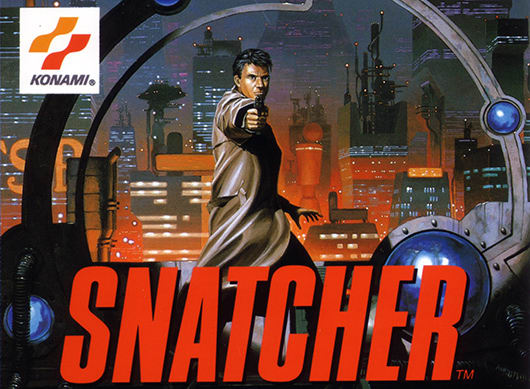 Though it's not likely that we'll see a Hideo Kojima game on mobile devices in the near future, it is a possibility that the Metal Gear Solid creator has put some thought into.

In a interview broadcast via Twitch, Kojima sat down with Geoff Keighley to field questions from the public. When asked if he'd ever develop a game for the mobile platform, Kojima stated that he has no desire to create the short, replayable diversions that constitute most mobile games. Instead, he cites indie hit Papers, Please as a personal favorite and claims that he would eventually like to develop "a practical, easy to play adventure game that is quite deep."

"[I have] no idea when I'll be able to do this, but I'll ask," Kojima added via translator. "[H]opefully someday in the future I will be able to develop one of those, but unfortunately, right now, my full time is devoted to The Phantom Pain."

A later question centered on the future of Snatcher, Kojima's cult classic adventure game that, while highly regarded, has been overshadowed by Metal Gear Solid. While Kojima would like to see Snatcher return, he has no time to develop a sequel himself, but wouldn't be opposed to someone else reviving the sci fi epic. "If someone wants to adapt those games ... I would definitely support that person, I would help out that person, but I don't think there are too many people like that."
Source: Twitch
In this article: hideo-kojima, metal-gear, metal-gear-solid, metal-gear-solid-5, metal-gear-solid-ground-zeroes, mobile, snatcher, the-phantom-pain, twitch
All products recommended by Engadget are selected by our editorial team, independent of our parent company. Some of our stories include affiliate links. If you buy something through one of these links, we may earn an affiliate commission.