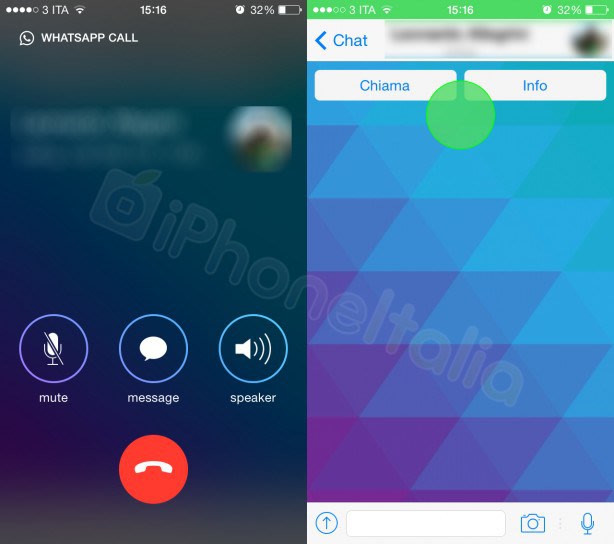 Just a few weeks after WhatsApp CEO Jan Koum hinted that his Facebook-owned service will integrate voice communication features (VoIP, specifically) into its apps by this summer, we're finally seeing alleged screenshots that show off what it'll look like on iOS. The shots, which were leaked by iPhoneItalia, show an interface that looks awfully similar to the iOS 7.1 phone UI -- complete with circular buttons, blurred background and even a similar keyboard (is the shift key on or off?), albeit with a camera button on top. We're hearing that you'll be able to make calls for free over WiFi or cellular, which will help WhatsApp compete against the litany of other VoIP apps and services available on the market.

Via: 9to5Mac
Source: iPhoneItalia
In this article: apple, facebook, ios7.1, ismyshiftkeyonornot, leaks, mobilepostcross, voip, whatsapp
All products recommended by Engadget are selected by our editorial team, independent of our parent company. Some of our stories include affiliate links. If you buy something through one of these links, we may earn an affiliate commission.