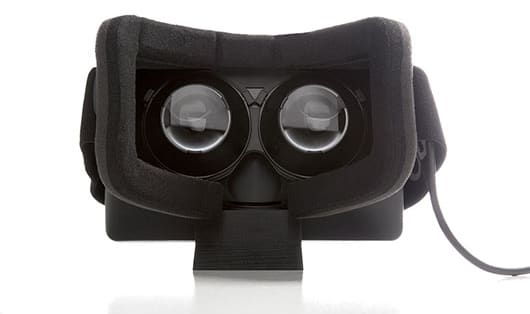 ZeniMax Media and its subsidiary, id Software, filed suit against Oculus VR and the company's founder, Palmer Luckey, claiming that Oculus illegally misappropriated ZeniMax trade secrets and infringed on ZeniMax copyrights and trademarks while developing the Oculus Rift. ZeniMax filed the suit in federal court in the US District Court for the Northern District of Texas.

The suit claims that Oculus exploited ZeniMax IP, code and "technical know-how" (that is the technical term) regarding VR technology. ZeniMax said it gave Oculus "valuable intellectual property" under a strict NDA, and that Oculus illegally used its IP to create the Oculus Rift.

ZeniMax said it sought compensation from Oculus but was repeatedly denied. In May, The Wall Street Journal reported that ZeniMax asked Oculus for compensation after developer John Carmack left ZeniMax to become Chief Technology Officer at Oculus VR. At the time, ZeniMax said in a statement, "The proprietary technology and know-how Mr. Carmack developed when he was a ZeniMax employee, and used by Oculus, are owned by ZeniMax."

Carmack responded on Twitter with the following message: "No work I have ever done has been patented. ZeniMax owns the code that I wrote, but they don't own VR."

In today's filing, ZeniMax CEO Robert Altman said, "Intellectual property forms the foundation of our business. We cannot ignore the unlawful exploitation of intellectual property that we develop and own, nor will we allow misappropriation and infringement to go unaddressed."

May 21, 2014 (Rockville, MD) -- ZeniMax Media Inc. and its subsidiary, id Software LLC, filed suit today against Oculus VR, Inc. and its founder, Palmer Luckey, for illegally misappropriating ZeniMax trade secrets relating to virtual reality technology, and infringing ZeniMax copyrights and trademarks. ZeniMax is also asserting claims for breach of contract, unjust enrichment, and unfair competition against the defendants. The suit was filed in federal court in the U.S. District Court for the Northern District of Texas.

All efforts by ZeniMax to resolve this matter amicably have been unsuccessful. Oculus has recently issued a public statement remarkably claiming that "ZeniMax has never contributed IP or technology to Oculus." Meanwhile, Luckey has held himself out to the public as the visionary developer of virtual reality technology, when in fact the key technology Luckey used to establish Oculus was developed by ZeniMax.

"Intellectual property forms the foundation of our business," said Robert Altman, Chairman & CEO of ZeniMax. "We cannot ignore the unlawful exploitation of intellectual property that we develop and own, nor will we allow misappropriation and infringement to go unaddressed."

"ZeniMax and id Software take their intellectual property rights seriously," said P. Anthony Sammi, a Partner of Skadden, Arps, Slate, Meagher & Flom LLP which represents ZeniMax and id in this matter. "We now look to the federal courts and will pursue all appropriate measures available under the law to rectify defendants' egregious conduct," he added.
[Image: Oculus VR]
In this article: id-Software, John-Carmack, lawsuit, oculus-rift, oculus-vr, palmer-luckey, pc, zenimax, zenimax-media
All products recommended by Engadget are selected by our editorial team, independent of our parent company. Some of our stories include affiliate links. If you buy something through one of these links, we may earn an affiliate commission.