Your next heart monitor could be graphene-coated Silly Putty 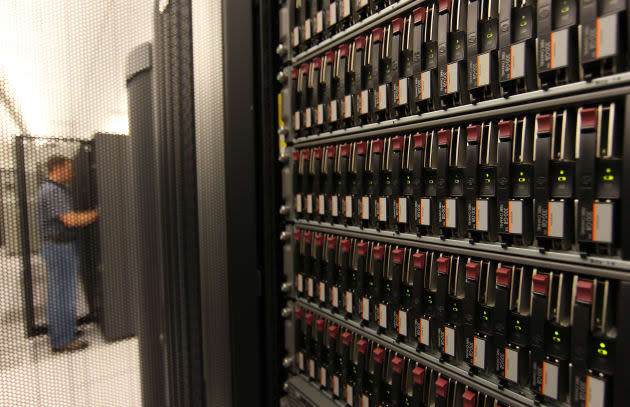 A couple months ago, a New York judge ruled that US search warrants applied to digital information even if they were stored overseas. The decision came about as part of an effort to dig up a Microsoft user's account information stored on a server in Dublin, Ireland. Microsoft responded to the ruling and challenged it, stating that the government's longstanding views of digital content on foreign servers are wrong, and that the protections applied to physical materials should be extended to digital content. In briefs filed last week, however, the US government countered. It states that according to the Stored Communications Act (SCA), content stored online simply do not have the same Fourth Amendment protections as physical data:

Overseas records must be disclosed domestically when a valid subpoena, order, or warrant compels their production. The disclosure of records under such circumstances has never been considered tantamount to a physical search under Fourth Amendment principles, and Microsoft is mistaken to argue that the SCA provides for an overseas search here. As there is no overseas search or seizure, Microsoft's reliance on principles of extra-territoriality and comity falls wide of the mark.

From the Justice Department's point of view, this law is necessary in an age where "fraudsters" and "hackers" use electronic communications in not just the U.S. but abroad as well. Indeed, the Microsoft account in this case is in relation to a drug-trafficking investigation. However, Microsoft believes there are wide-ranging implications for such a statement, and it's not the only company that thinks so. Verizon also responded, stating that this would create "dramatic conflict with foreign data protection laws" and Apple and Cisco joined in by saying this could potentially damage international relations. In the meantime, a senior counsel for the Irish Supreme Court offered that a "Mutual Legal Assistance Treaty" be pursued so that the US government can get at the email account in question.

In this article: dublin, fourthamendment, microsoft, searchwarrant
All products recommended by Engadget are selected by our editorial team, independent of our parent company. Some of our stories include affiliate links. If you buy something through one of these links, we may earn an affiliate commission.