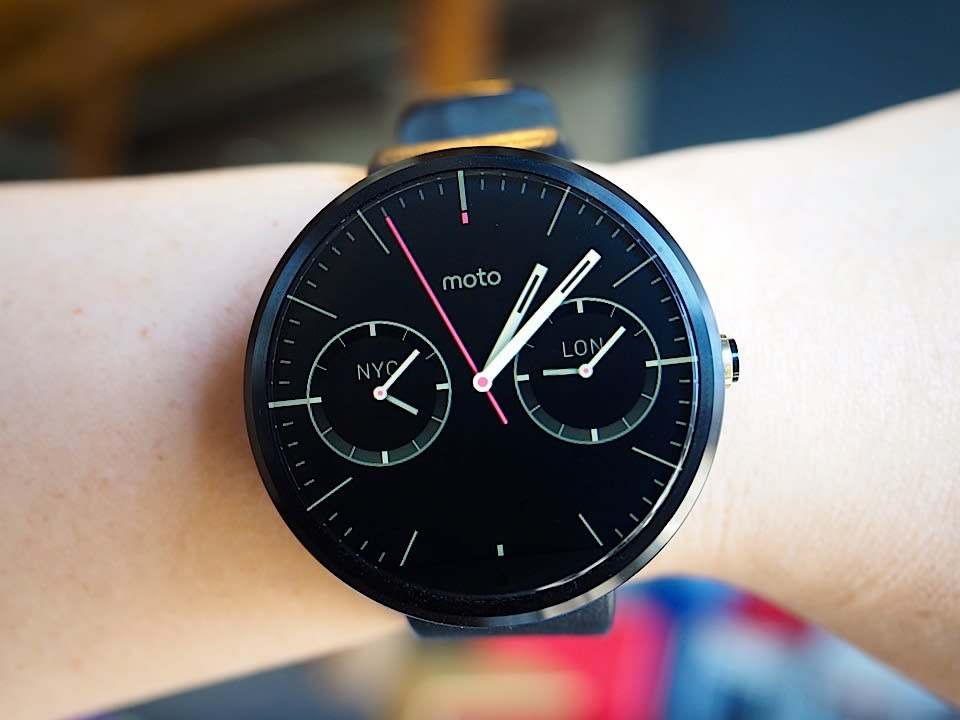 Android Wear, Google's four-month-old wearables platform, is off to a good start. But like all nascent systems, there are still plenty of areas that need some TLC. It's got a lot of features and developer support, but it's practically useless if you want to use your smartwatch as a fitness tracker and leave your phone at home. Over the next few days, Google will push a new update to the LG G Watch, Moto 360 and Samsung Gear Live that will make your smart timepiece more useful when it's not tethered to your handset.

The new update comes with two major features. The first is GPS support, which makes it possible for Wear apps to track distance, routes, elevation and speed without having a phone nearby. This is a welcome feature for runners, hikers and bicyclists who don't like exercising or training with armband cases or handling extra baggage during their workouts. Sadly, this doesn't do any good for existing Wear users whose devices don't come with built-in GPS sensors; the first one to get this feature will be the Sony SmartWatch 3, which is now ready for pre-order on Verizon's website and coming soon to the Play Store.

Fortunately, every Wear watch will receive the new update's second main feature: Direct Bluetooth pairing. You can connect Bluetooth headphones directly to your watch, which means you'll now be able to store music on your watch and listen to your playlists offline, even when your Android phone isn't within range. Granted, every existing Wear smartwatch comes with a mere 4GB, so you won't be able to store your vast library until new models with more storage are released, but it should at least get you through a few workouts before it's time to switch out your tunes.

Lastly, Google hasn't given any official word on how many Wear-enabled apps are in the Play Store, but it mentioned today that it's somewhere in the "tens of thousands" -- not too shabby in four months time, and it's large enough to be a pain to search through all of them. But the company has organized this ever-growing list into eight collections to assist you in your quest for the perfect watch app: Health and Fitness, Travel, Social, Tools, Productivity, Communication, Featured and miscellaneous.

This update, which rolls out to existing Wear devices over the next few days, is admittedly small. However, it's a solid indication that Google understands that its wearables need to be able to work independently and still be functional without having to be tethered to a smartphone all the time. And for potential buyers trying to find the perfect blend of fitness band and smartwatch, updates like this are absolutely essential to even consider it.

Source: Android blog
In this article: androidwear, bluetooth, google, gps, lggwatch, mobilepostcross, moto360, samsunggearlive, sonysmartwatch3, wear
All products recommended by Engadget are selected by our editorial team, independent of our parent company. Some of our stories include affiliate links. If you buy something through one of these links, we may earn an affiliate commission.