So you want a keyboard to use occasionally with your iPad, but you don't want a keyboard case. Up to this point, that meant that you usually had to buy an Apple Wireless Keyboard (US$69) or something similar to drop into your iPad bag. Logitech, which just happens to make some of the best iPad keyboard cases on the market, has just released the new Keys-To-Go ultra-portable keyboard for iPad ($69.99).

The Keys-To-Go keyboard follows the tried-and-true design cues of Logitech's popular FabricSkin keyboard case. In that respect, it means that the keyboard is covered with the spill-resistant FabricSkin material and that it comes in three different colors - red, teal and basic black.

Logitech points out that Keys-To-Go works with any iOS device, including iPad, iPhone and Apple TV. If you use another favorite iPad case that doesn't already have a built-in keyboard, or if you like using your iPhone 6 Plus as a "phablet", Keys-To-Go is designed for you.

The keyboard is very complete and uses a standard layout for iOS devices. There are separate rows for numbers and functions - the functions include a home screen key, a home key double-click, Spotlight, keys for switching between keyboards, opening the virtual keyboard when the Keys-To-Go is in use, and various play/pause/rewind and volume keys. There's also a key for putting Bluetooth into discoverable mode (useful if you're switching devices that are using the keyboard) and another to test the battery level. Lastly, there are arrow keys, perfect for navigating around spreadsheets or word processing documents quickly.

My first thought when I saw the bright teal FabricSkin covering on the Keys-To-Go was that this was probably the best keyboard I could personally use. My Twitter followers know just how many iPad keyboard cases I've inadvertently ruined by spilling liquids on them...

It's hard to believe just how thin the Keys-To-Go is (see edge-on view below), but it's even harder to believe how good the keyboard feel is. There's a surprising amount of throw to the mechanical keys that gives just the right amount of feedback for fast touch typers.

FabricSkin has a slightly rubbery feel to it, which is great because when you're typing on the keyboard on a slick surface, the keyboard stays in one place.

At 6.4 ounces, Keys-To-Go is just slightly heavier than a naked iPhone 6 Plus (6.07 ounces). The two devices together weigh just 12.47 ounces, which is a really lightweight pocketable (if you have a SCOTTeVEST) laptop!

Pairing is very quick and easy. The device is obviously made for primary use with iOS devices, as it shows up immediately in Bluetooth settings when turned on. When pairing with a Mac, the keyboard shows up with a hexadecimal identifier instead of a name, but still works perfectly. 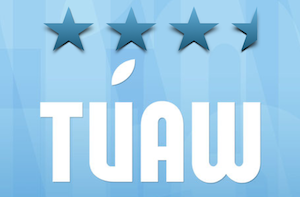 In this article: accessories, Apple TV, bluetooth keyboard, features, iOS, iPad, iPhone, iPod, Logitech, logitech Keys-To-Go, review
All products recommended by Engadget are selected by our editorial team, independent of our parent company. Some of our stories include affiliate links. If you buy something through one of these links, we may earn an affiliate commission.