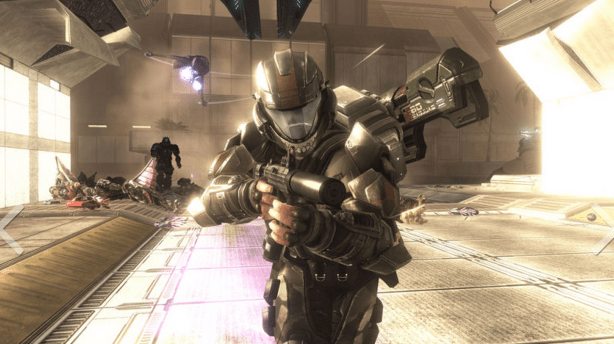 When Halo: The Master Chief Collection launched in November with a largely non-functional online multiplayer component, people were upset. Bonnie Ross, head of developer 343 Industries, personally apologized for the issues, promising to "make this right" with fans of old Tall, Green and Handsome. Yesterday, Ross elaborated on just what she meant: free stuff, including an updated version of Halo 3: ODST running on Xbox One.

Anyone who played Halo: The Master Chief Collection online between launch (November 11, 2014) and December 19, 2014 is eligible to receive one month of complimentary Xbox Live Gold, an exclusive in-game nameplate and avatar, and a free download of the Halo 3: ODST campaign running at 1080p and 60 frames per second. Lastly, everyone who plays The Master Chief Collection will be able to enjoy an updated version of the Halo 2 map, "Relic," when it launches as a free content update for the game.

​The nameplate and avatar will be added to The Master Chief Collection sometime later this month, while a reworked Relic and the ODST campaign will arrive sometime in spring of 2015. "Both [Relic and Halo 3: ODST] were not part of our original development plans, but as a result of community feedback, and to do something special for our fans, both are now in development," an FAQ page for the recently-announced content reads. And in case you were wondering: no, no Firefight. The FAQ page states that developer 343 does not "currently have plans" to include the wave-based survival mode. As for those that didn't play The Master Chief Collection online between the specified dates but long to re-live the lives of Rookie and the rest of the ODST squad, 343 writes that, "We may share more details in the future regarding the potential availability of the campaign for Halo 3: ODST within Halo: The Master Chief Collection other than as part of this offer."

Ross closes out the announcement with the following: "The satisfaction and joy of our fans is absolutely critical to everyone at 343 Industries and we regret the issues and the frustration you have endured. We are truly sorry and thank you for your continued patience and support of the Halo franchise."

[Image: Microsoft]
Source: Xbox Wire, Halo Waypoint
In this article: 343-Industries, bonnie-ross, free, halo, Halo-3-ODST, halo-the-master-chief-collection, microsoft, xbox-one
All products recommended by Engadget are selected by our editorial team, independent of our parent company. Some of our stories include affiliate links. If you buy something through one of these links, we may earn an affiliate commission.