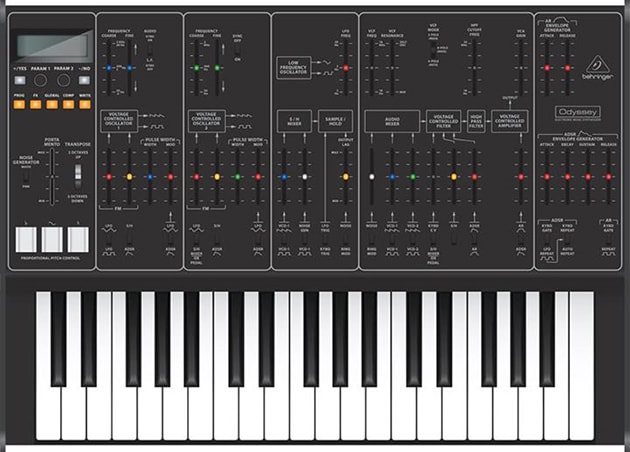 Korg isn't the only instrument company planning to reboot the classic ARP Odyssey synth. Tipping its hand via Facebook, Behringer revealed that it too has a remake of the iconic '70s analog synthesizer in the works. Details are scarce for now, but the post indicates that Behringer may be planning to use three-mode VCF circuitry in order to pack in sounds from the ARP Odyssey MK I, MK II and MK III series with full MIDI control via USB. The company says it can do all of that and keep the price around $500. Korg's "faithful recreation" was scheduled to arrive in September, but that date was pushed to early 2015, so we could see its final product at NAMM near the end of January. There's no word on when Behringer's instrument will ship.

Via: Fact Mag, Synthtopia
Source: Behringer (Facebook)
In this article: analogsynthesizer, arpodyssey, behringer, synth, synthesizer
All products recommended by Engadget are selected by our editorial team, independent of our parent company. Some of our stories include affiliate links. If you buy something through one of these links, we may earn an affiliate commission.