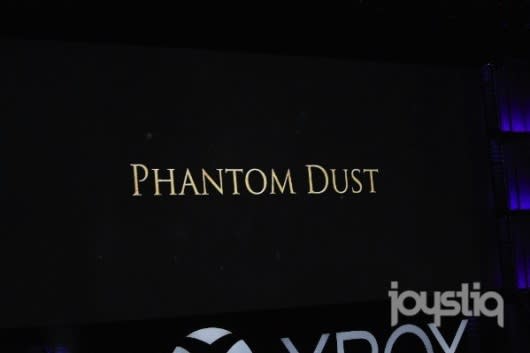 The upcoming JRPG Phantom Dust for Xbox One will offer a "reimagining" of the story featured in the game's original 2005 Xbox release, Microsoft Studios Creative Director Ken Lobb revealed on The Inner Circle podcast this week.

Few details regarding Phantom Dust were divulged since its E3 2014 unveiling, but Lobb clarifies that it will feature improvements to the original game's pacing and storyline. Limited sales following Phantom Dust's initial release drove the decision to produce a remake, rather than continue its story.

Lobb additionally states that Phantom Dust may be better-suited to a Killer Instinct-styled free-to-play release, claiming that "gamers might not want to go out and take a sixty dollar risk" on a niche deck-building strategy game. Lobb notes that Phantom Dust "may or may not" see a release in 2015.

[Image: Joystiq]
In this article: microsoft, microsoft-studios, phantom-dust, xbox-one
All products recommended by Engadget are selected by our editorial team, independent of our parent company. Some of our stories include affiliate links. If you buy something through one of these links, we may earn an affiliate commission.