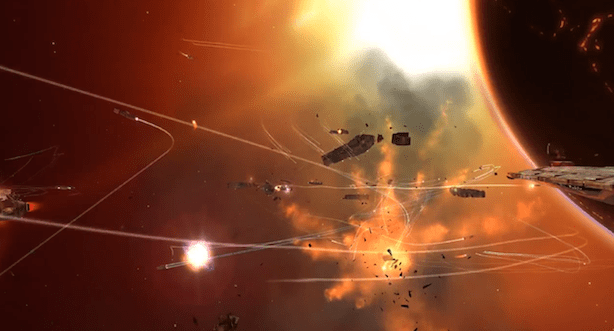 Homeworld Remastered Collection, a compilation that includes Gearbox's modern take on Relic Software's strategy game series, will make contact with Steam on February 25. As announced during Gearbox's presentation at PAX South 2015, the bundle includes original and updated versions of Homeworld 1 & 2, with Gearbox's recreations featuring new voice recordings and a remastered score. Homeworld Remastered Collection will provide commanders with space fleets for $34.99 at launch, though a 15 percent discount ($29.74) is available to those who preorder.

The bundle also grants access to Homeworld Remastered's Steam multiplayer beta, a mode that serves as a joined multiplayer mode for both games. Races, maps, game modes and features from both games will be ready for battle once the multiplayer beta launches.
[Image: Gearbox]
In this article: gearbox, homeworld-remastered, pc
All products recommended by Engadget are selected by our editorial team, independent of our parent company. Some of our stories include affiliate links. If you buy something through one of these links, we may earn an affiliate commission.