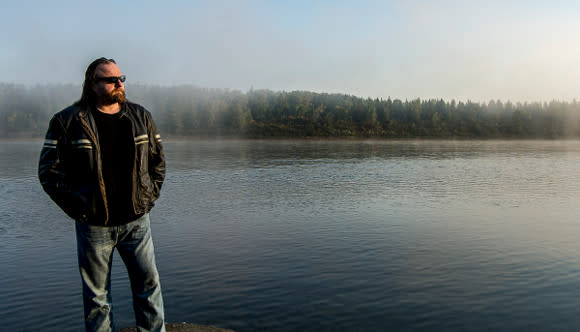 This isn't about World of Warcraft directly.

This is about a time when I found myself looking for a job, and found something better.

This is about how I ended up at WoW Insider. My wife (we had just recently married) loved it. She was always visiting WoW Insider, this website I'd never even heard of. She would go on and on about it. I frankly didn't care -- I played WoW, yes, but I just wasn't interested in blogs about it. Didn't see the appeal. But one morning, I opened my big mouth and said something to the effect of anyone could do that. I believe I'd gotten incensed by a post on the site that I believed was completely and utterly wrong about warriors. My wife looked at me sideways and said well, if you think you can do better, they're looking for columnists.

And I said yes, I could and I applied.

Turns out I almost didn't get the job. The editor-in-chief didn't like my application and had to be talked around by the other people looking over the apps. I wouldn't learn this till years later, and to be honest, it's never stopped bothering me since I found out. But I did get the job. I was now the new warrior columnist for WoW Insider, and that meant one thing - coming up with a column every week. It seemed impossible. And the readers, I quickly discovered, were just as opinionated and sure they could do it better than I ever could as I was when I applied. In short, I was well and truly hoist upon my own petard, hurled up in the air by the explosion of my own hubris.

One thing I quickly discovered. I'm stubborn. I'm very stubborn. I wasn't going to let myself get beaten by the column or my own fear. I might fail - it often felt like I was going to fail - but I wouldn't quit. And I think the years The Care and Feeding of Warriors stood as a testimony to that effort. Was I always right about the class? No, absolutely not. I made mistakes. I don't know if anyone can ever really work creatively (and what we do is basically the essay, one of my favorite forms of literary art) and not fail, not make mistakes. I know I didn't. But I never surrendered, and that felt important. Failure is always an option, but failing to learn from that failure wasn't. And there were successes as well - the joys of feeling a post hit the community just so. In time, I moved beyond just writing one column - there was some room for general opinion pieces, news posts, and eventually Know Your Lore, the column you're reading now. My role at the website changed.

Good people left, and we kept on keeping on. Let me be clear about this - each and every time someone I respected left the site, I felt the loss, and that means I've felt the loss often over the years. It came to feeling like I was some sort of relic, hired near the end of the first generation of the site, and lurching onward like a revenant of those bygone days. There have been too many people to list, but I remember all of them. Often I stood in the back, a shaggy thing, a less flashy, less interesting (in some ways) presence. I used to go into the comments of other writer's posts and find the trolls therein, the ones who hurl invective for no reason, and I would engage them. Not for my own writing, of course not. You let that stand for itself.

I'm reminded of all the 'feuds' I was supposedly part of, and how strange that is, because no one who has ever worked here has ever been someone I'd want to feud with. From Chase Christian and I going back and forth in the classic rogue/warrior rivalry to the supposition that I don't get along with Adam or Alex because of how we talk to each other on the podcast, the fact is, not one of these people has ever treated me with less than professionalism and, in some cases, far more than I deserved. Working here has helped make me a better person through my interaction with everyone here.

This past year has been some of the hardest work we've ever done. We lost our class columns, which for me was a body blow - I came here to write The Care and Feeding of Warriors and it felt wrong for it to end. I felt like I had more to say about the class. I tried to give it a good sendoff, but I admit to having been heartbroken, and not just for myself. But we kept working. This site did some excellent work over the past year, covered the Warlords launch, and in general I'm proud of what we accomplished, what we built. In many ways I don't know if I'll ever be part of anything this great again. I hope so, but it's hard to say. The team here made the experience. It was the first time I ever felt accepted for my quirks and respected for my strengths as a writer.

As I write this, it's been seven years, seven months and seventeen days since I started writing for WoW Insider. There are regrets - I never got to go to BlizzCon, for instance. But there are also triumphs - I got a piece of in-game gear named after me, I got to write The Care and Feeding of Warriors for the entirety of its existence (making me the only writer on the site who was the sole writer on a class column in the history of the site), and I got to talk to all of you. You never really took it easy on me, but I came to appreciate that. You're good eggs, and I'm glad to have been part of your day.

I don't know what the future holds. I could name specific people and thank them, but in the end, I'd be thanking just about everyone who ever worked here. I probably wasn't the best choice. It probably would have been better if the other person got hired. But for me, it was the best possible outcome, and I'm proud and humble to have gotten to do it. I've written millions of words here. I've worked here for that aforementioned seven years, seven months and seventeen days. And I'm so very grateful for each and every one of those days, and each and every one of you who ever stopped and told me that you enjoyed what we do here.

This has been a gift, and I thank you for it. It has been the best job I've ever had.
In this article: featured, personal-history, wow-insider
All products recommended by Engadget are selected by our editorial team, independent of our parent company. Some of our stories include affiliate links. If you buy something through one of these links, we may earn an affiliate commission.