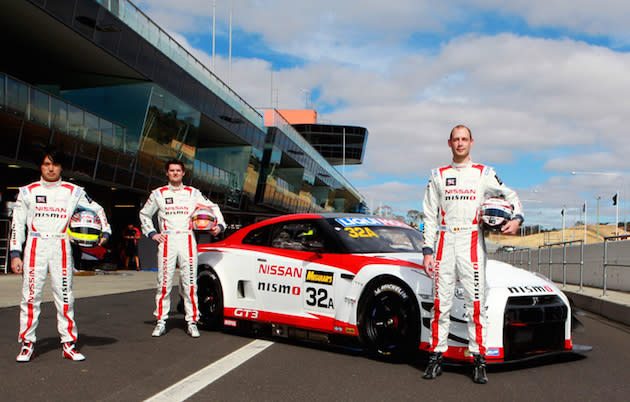 Three years ago, Belgium's Wolfgang Reip and Germany's Florian Strauss were likely at home, speeding around famous racetracks on their PlayStations. While being down-right awesome at a popular video game was their primary goal, yesterday they achieved something incredible: winning one of the world's toughest endurance races. It's definitely a story they'll tell the grandchildren, but thanks to Sony and Nissan, it might not be the first time you hear of a gamer showing professionals how it's done.

This incredible feat is almost as interesting as the story behind it. Every year, Sony and Nissan Europe put a call out for the best Gran Turismo players to apply for the GT Academy. The academy, launched in 2008, pits hopefuls against each other in a series of online time trials using specific Nissan models. Hundreds of thousands apply, but they're quickly whittled down to a select few, who then battle it out in "special racing pods" during number of live Gran Turismo elimination rounds. Win that and it's off to England's renowned Silverstone circuit, where they make the jump to real Nissan sports cars (and a barrage of exams to test their strength, stamina and mental agility). The winner gets a race seat and a lucrative contract.

It's the exact route that Reip and Strauss took after they were crowned the Nissan PlayStation GT Academy champions for 2012 and 2013 respectively. Reip, in fact, beat 830,000 European Gran Turismo gamers to secure his spot. It was the German who started the race for Nissan's Nismo team, which had returned to the Bathurst 12 Hour race in Australia after a 22-year hiatus. He handed over to Strauss, who piloted the GTR-35 to the head of the field with less than an hour of the race remaining.

However, it was the team's other driver, "true" professional Katsumasa Chiyo, who was at the center of the most intense action. On the penultimate lap, the Nissan team was lying in third behind both Audi and Bentley. In a frantic 30 second period (shown in the video below), Chiyo passed both cars to take the lead and secure the team's place at the top of the podium.

Nissan will now take a GTR-LM to the 24 hour race in Le Mans, where another GT Academy winner is expected to grab a seat. It's hoped that Brit Jann Mardenborough, who won the prize in 2011 and was snapped up by the Red Bull F1 racing team last year, can emulate the success of his Academy counterparts when the race begins in June.

If your parents think you play too many video games, we suggest you show them this.

In this article: gran turismo, gt-35, hdpostcross, nissan, racing, sony
All products recommended by Engadget are selected by our editorial team, independent of our parent company. Some of our stories include affiliate links. If you buy something through one of these links, we may earn an affiliate commission.