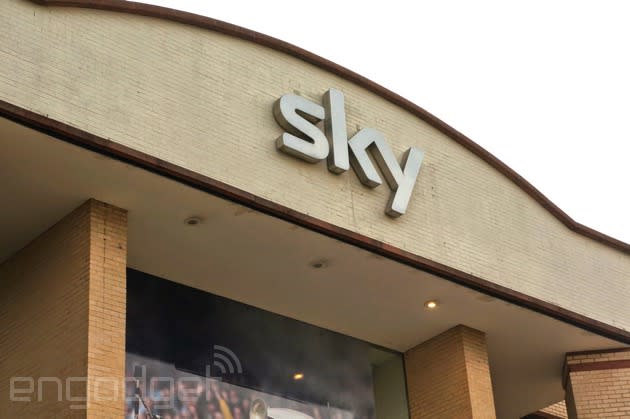 Some Sky Broadband customers could soon receive a letter demanding compensation for films they've allegedly downloaded illegally. As TorrentFreak reports, Sky has been forced by a recent court order to hand over the names and addresses of customers which the company TCYK LLC believes were involved in illegal file sharing. TCYK LLC owns the rights to several movies, including the 2012 political thriller The Company You Keep, and, according to Sky, has identified apparent infringements through IP addresses.

In an email to its affected customers, Sky stresses that it wasn't involved in any evidence gathering and isn't commenting on the accuracy of TCYK LLC's claims. However, the broadcaster says it's "likely" that TCYK LLC will soon reach out to account holders which it suspects has shared or downloaded its films illegally. "We advise any of our customers who receive a letter from TCYK LLC to read it carefully and if they want any further help to contact the Citizens Advice Bureau," Sky told TorrentFreak. Of course, if you receive one of these letters, you should take legal advice before sending any kind of response.

In this article: download, movie piracy, Sky, Sky Broadband, TCYK LLC, The Company You Keep, torrent
All products recommended by Engadget are selected by our editorial team, independent of our parent company. Some of our stories include affiliate links. If you buy something through one of these links, we may earn an affiliate commission.