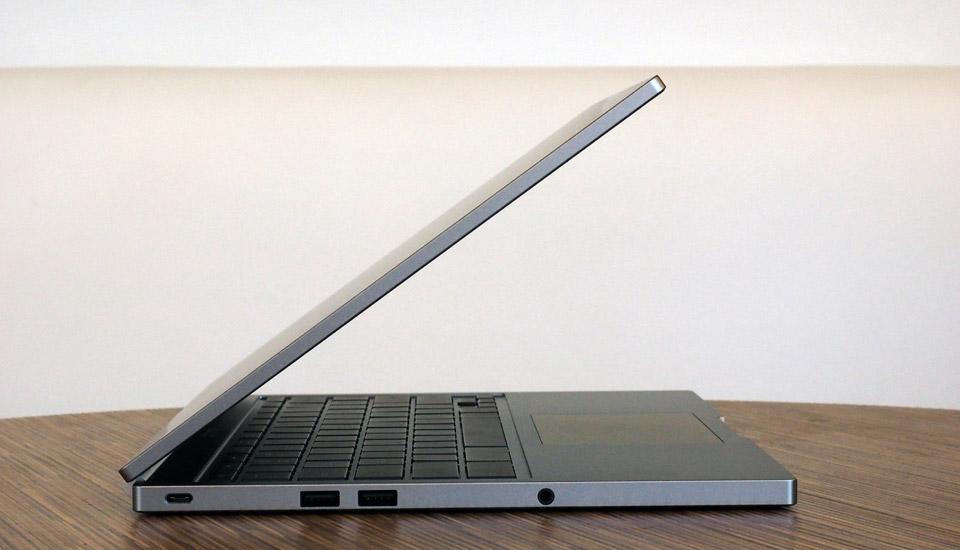 It's been more two years since Google came out with the Chromebook Pixel. And man, was it a difficult thing to review: It was finely crafted, and a delight to use, but we couldn't in good conscience recommend that people spend $1,299 on a laptop that ran a glorified version of the Chrome browser. Two years later -- a lifetime in the tech world -- Chrome OS can do a lot more than it used to, and in general, the rest of the world seems to be catching on. That means the Pixel will live to see another day. Google just unveiled an updated, slightly less expensive version with improved specs and longer battery life. It more or less looks like its predecessor, and at $999, it's still kinda pricey. Save for a few alterations, the new Pixel has nearly the same machined aluminum chassis and 12.85-inch, 2,560 x 1,700 screen as the original. "If it ain't broke, don't fix it," and all that. As rumored, one of the the bigger changes is that it has not one but two reversible, fast-charging type C USB ports, just like the one on the new MacBook. Additionally, Google refreshed the Pixel with fifth-generation Intel Core processors and a battery rated for 12 hours. That's an enormous improvement over the original, which could barely crack four hours on a charge. This is partly thanks to the new CPU, of course, but also some subtle tweaks designed to save power, including a backlit keyboard that turns off when you're not using it. Google's also touting some fast charging speeds: two hours in 15 minutes, or a full charge in two hours. Speaking of battery life, by the way, you can now double-tap the LED strip on the lid to see how much juice you have left. Quite handy, that. The new Pixel is available today in the Google Play Store, with two configuration options to choose from. The entry-level one costs $999 and comes with a Core i5 processor and 8GB of RAM. Should you require more bragging rights, there's a higher-end model that rocks a Core i7 CPU and a full 16GB of RAM for $1,299. Either way, you get 1TB of Google Drive space, free for three years.

Update: Our review is up on the site. Check it out here!

In this article: chrome, chromebook, Chromebook Pixel, ChromebookPixel, chromebooks, chromeos, google, pixel
All products recommended by Engadget are selected by our editorial team, independent of our parent company. Some of our stories include affiliate links. If you buy something through one of these links, we may earn an affiliate commission.