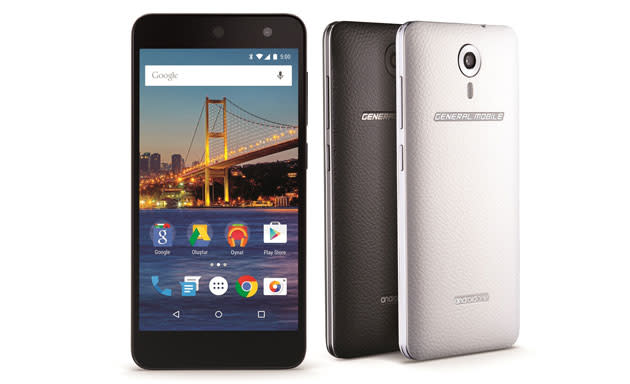 Google's bid to democratize Android just reached Europe. The internet giant has announced that Turkey will get its first Android One smartphone, the General Mobile 4G, on May 15th. The device is strictly middling given its 5-inch 720p display, Snapdragon 410 processor, 13-megapixel rear camera and 5-megapixel front cam, but it will be the first Android One device to offer LTE. It's fairly affordable, too, at about $263 contract-free. There's no mention of where Google's initiative will go next, but the company hints that Turkey might not be the last European nation to get an Android One phone -- you may eventually find one sitting in a shop near you.

In this article: android, androidone, europe, generalmobile, google, mobilepostcross, smartphone, turkey
All products recommended by Engadget are selected by our editorial team, independent of our parent company. Some of our stories include affiliate links. If you buy something through one of these links, we may earn an affiliate commission.