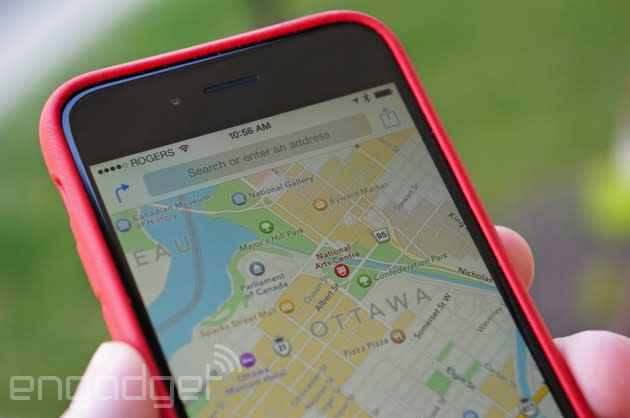 Apple has snapped up more than a few companies that know how to deal with your location data, but it now appears to be focused on improving the accuracy of that data from the get-go. MacRumors has discovered evidence that Apple recently acquired Coherent Navigation, a company specializing in very accurate GPS. It combined the usual GPS positioning with information from Iridium's low-orbit communication satellites to pinpoint your whereabouts within inches, rather than feet.

It's not clear just what the Coherent team is doing under Apple's wing. Its CEO and co-founders have taken positions in the Maps and wireless technologies teams, but that's about as far as the revelations go. We've reached out to Apple to confirm the deal, but it doesn't historically reveal what its plans are following buyouts. However, it could be for more than just ensuring that your Maps directions are on the mark. Apple is rumored to be developing an electric car with self-driving features that, by their nature, would depend on very accurate GPS info to get you around safely. There's no guarantee that Apple took on these new hires with autonomous vehicles in mind, but the move would at least make sense in that light.

Update: Apple has confirmed the acquisition, but isn't discussing its intentions.

In this article: acquisition, apple, coherentnavigation, gps, igps, iridium, maps, mobilepostcross, navigation
All products recommended by Engadget are selected by our editorial team, independent of our parent company. Some of our stories include affiliate links. If you buy something through one of these links, we may earn an affiliate commission.