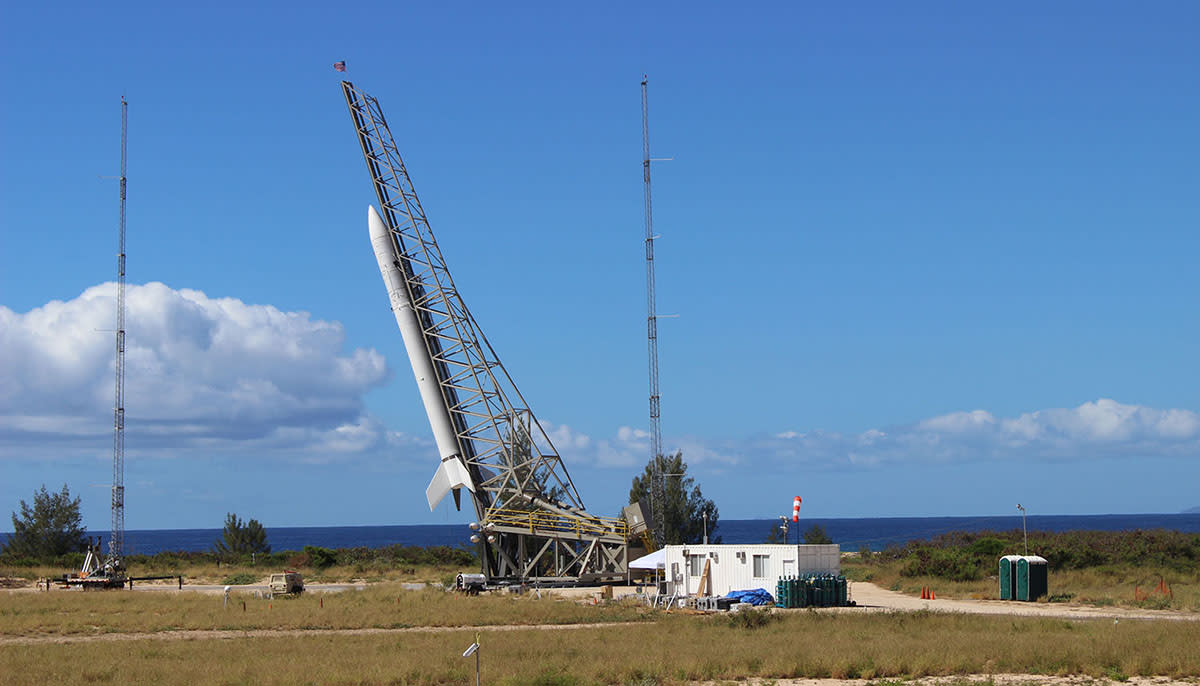 Satellite-launching rocket programs like SpaceX, Virgin Galactic and Blue Origin are household names thanks to the larger-than-life personalities behind them. But you may not know about a modest program called Super Strypi. Developed by the University of Hawaii, Sandia National Laboratories and Aerojet Rocketdyne, it aims to use a small, three-stage "sounding rocket," to launch 300 kilogram (660 pound) payloads into low-earth orbit. Now that you're acquainted with it, we have bad news: It failed on its maiden launch in Kauai. The official video (below) shows the rocket apparently losing control, while a spectator video shows the in-flight breakup about 60 seconds after launch.

The Super Strypi is particularly cheap because it doesn't use built-in guidance, relying instead on a 135-foot long rail launcher and spin-stabilized flight. According to an animation, the rocket was spinning normally during first stage acceleration, but at some point started tumbling end-over-end. The US Air Force, which supplied the launching system, later confirmed the failure, though it hasn't yet said why. While the maiden launch was strictly experimental, it was carrying 13 satellites, including CubeSats and a "hyperspectral" imaging system from the University of Hawaii. We hope they weren't expensive.

In this article: Experimental, Failure, SoundingRocket, SuperStrypi, TestFlight, video
All products recommended by Engadget are selected by our editorial team, independent of our parent company. Some of our stories include affiliate links. If you buy something through one of these links, we may earn an affiliate commission.