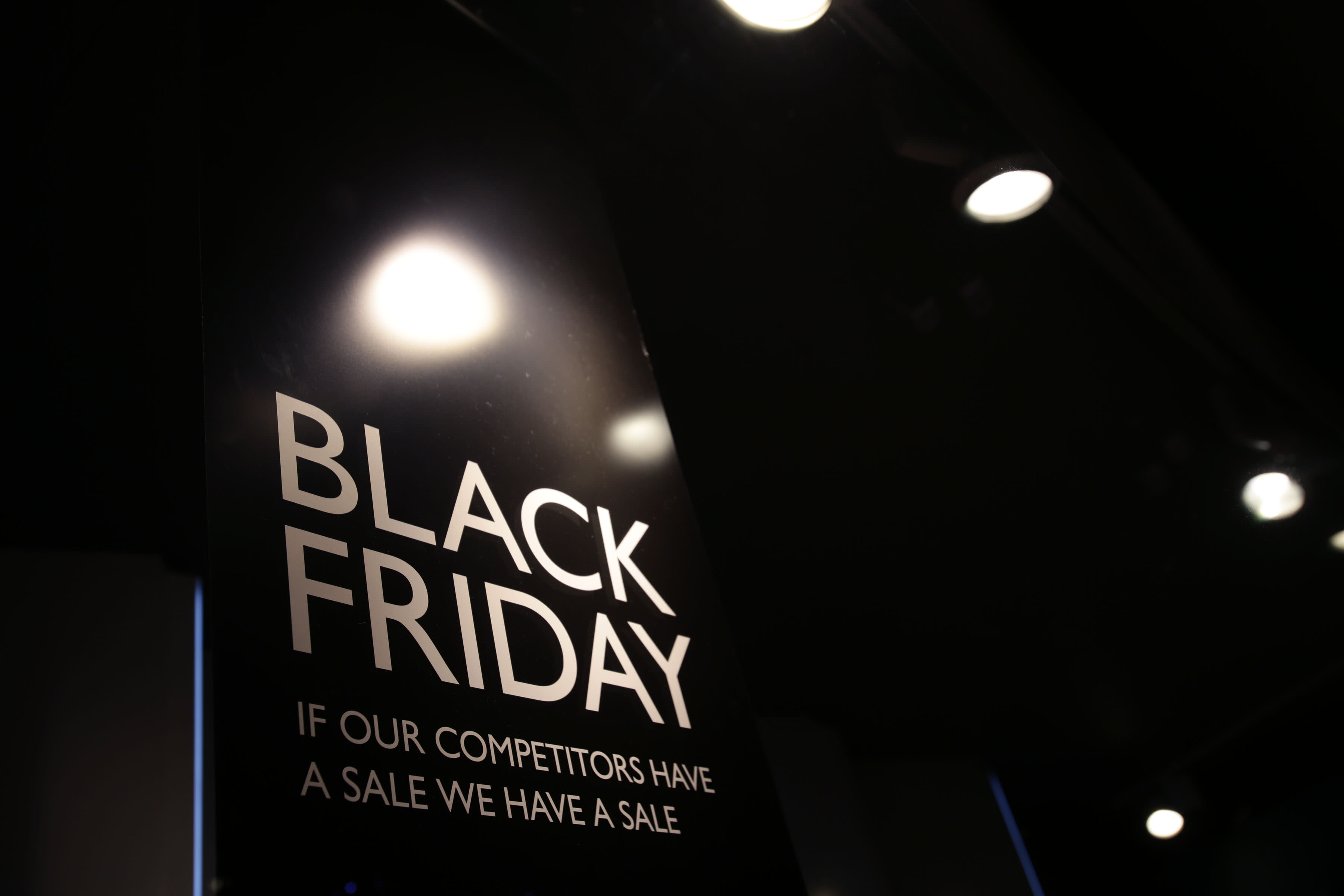 It's that time of the year again. Black Friday has finally arrived, bringing with it a near-endless stream of deals and discounts for you to consider. If you've decided to stay at home and avoid the chaos outside -- we don't blame you, it gets pretty crazy out there -- we've rounded up the best price-drops from across the internet. If you spot anything that we might have missed, drop us a note in the comments below and we'll add it to our list as soon as possible. These deals are targeted at Brits mind you (US deals can be found here), so we're avoiding anything that forces you to pay in a currency that isn't Sterling. There are some very good deals on Xbox One also. Argos is currently offering the 500GB console with Rare Replay and Ori & the Blind Forest for £230 via its eBay shop. Zavvi has a £280 1TB bundle deal including Halo 5 and Forza 6. Microsoft's 500GB Gears of War: Ultimate Edition Bundle comes with Fallout 4 and Fallout 3 for £300.

It's never been too difficult to secure a good deal on a Wii U, but for Black Friday, Amazon is offering up a very good package. You can grab the 32GB console, Mario Kart 8, Splatoon and Wii U Pro Controller for £240.

The Nvidia Shield isn't just an Android gaming console, it's also a powerful 4K streaming box. It normally costs £150, but on Black Friday (November 27th), the company will ship you the Shield, a controller and a free remote (normally £40) for £120.

These aren't the latest versions of Nintendo's handheld, but at this price it really doesn't matter. The 3DS, available for £70 in white and pink at Argos, has a fantastic library packed-full of games that will keep you or a loved one entertained for hours. We'll take Pokemon X or Animal Crossing over Candy Crush Saga any day.

While Amazon's Fire TV comes with all the bells and whistles, the smaller Fire TV Stick is definitely worth a purchase if you're looking to get Prime Video, Netflix and Android games on other TVs around the house. Right now, it costs £25, meaning you save £10.

Currys is currently selling a Chromecast bundle that offers the new Chromecast and Chromecast Audio for £49. Not only will you save £11, you also get £40 free Google Play credit. Motorola is pretty generous with discounts and Black Friday is no exception. This time around, the company is offering seven deals on four of its products, starting with the second-generation Moto X. The 16GB and 32GB models have been reduced to £200 and £250 respectively, saving you £195 in the process. Up next is the Moto X Play, with the 16GB and 32GB options now costing £219 and £259 respectively, a saving of £60.

John Lewis is currently offering a silver Microsoft Surface 3 with a quad-core Intel processor, 2GB RAM and 64GB of storage for £349, a saving of £70.

Not normally associated with handset deals, GiffGaff has a range of discounts on Samsung flagships for Black Friday. Both the Samsung S6 and S6 Edge, which normally sell for £399 and £499 a piece, are both now priced at £299. Even the S6 Edge+ is in on the action, enjoying a £100 discount at £479.

At £50, Amazon's Fire tablet is worth a look, but at £35, you really have no excuses. Perfect for the little ones or occasional streamers in your life. Even if you already have a tablet, this could be a worthy investment -- if only to stream Mr. Robot while you're on the go.

The price of Google's powerful Android tablet is steadily dropping over time, but right now you can grab the 8.9-inch slate for £190 at Argos.

This GoPro is a year old but it's still one of the best rugged cameras you can buy. Right now, you can get it with a free battery pack for £150 at Argos. While Motorola isn't offering a discount on its smartwatches, third-party retailers are. If you're in the market for the second-gen Moto 360, Mobile Fun is offering the Android Wear smartwatch for £220, a saving of £49.

Google's also in on the savings this year, discounting both the Nest Cam and the Nest Thermostat by £30. That means you'll pay £129 for the camera and £149 for the company's smart heating product. Amazon also has the Nest Protect Smoke for £70, a saving of £19 compared to Nest's own store.

If the Nest doesn't do it for you but you're still in the market for a smart thermostat, British Gas' Hive Active Heating is currently £70 off on Amazon right now. You can have it shipped and installed for £179 or get the thermostat on its own for £119.

Amazon has been plugging thousands of Black Friday deals for a couple of weeks, but it's also running a couple of promotions on its Kindles. Both the standard Kindle and the Kindle Paperwhite are on sale for £50 and £80, saving you £10 and £30 respectively.

Always with its finger on the gadget pulse, Firebox is approaching things a little differently this year. With its Black Box, the company is bundling eight of its bestselling products into, you guessed it, a box. Nobody knows what's inside, but Firebox says you will get £130 worth of stuff for £70. Be quick, though, there will only been 500 of them available come 00:01am on Black Friday.

If you're after a fitness tracker but aren't fussed with heart-rate tracking, the Jawbone Up 2 is definitely worth a look. You can grab it now for £49 from Currys PC World.

There isn't much in the way of 4K content at the moment, save for a smattering of Netflix and Amazon shows, but why not future-proof your living room setup now? Currys PC World is selling a 60-inch LG set for £899 (down from £1,199), which will make everything from House of Cards to Halo 5 look ruddy fantastic on your wall.

If you're looking for something a little easier on your budget, Argos is currently selling the HiSense 50-inch 4K Smart TV for £469. If you're going to upgrade your TV, why not make sure it's future-proof?

Argos has also slashed £350 off the Philips 55PUT6400 55in 4K TV, which delivers both Android TV capability and Freeview HD.

In this article: amazon, cameras, gadgetry, gadgets, gaming, gear, google, home, htc, internet, mobile, mobilepostcross, nvidia, samsung
All products recommended by Engadget are selected by our editorial team, independent of our parent company. Some of our stories include affiliate links. If you buy something through one of these links, we may earn an affiliate commission.