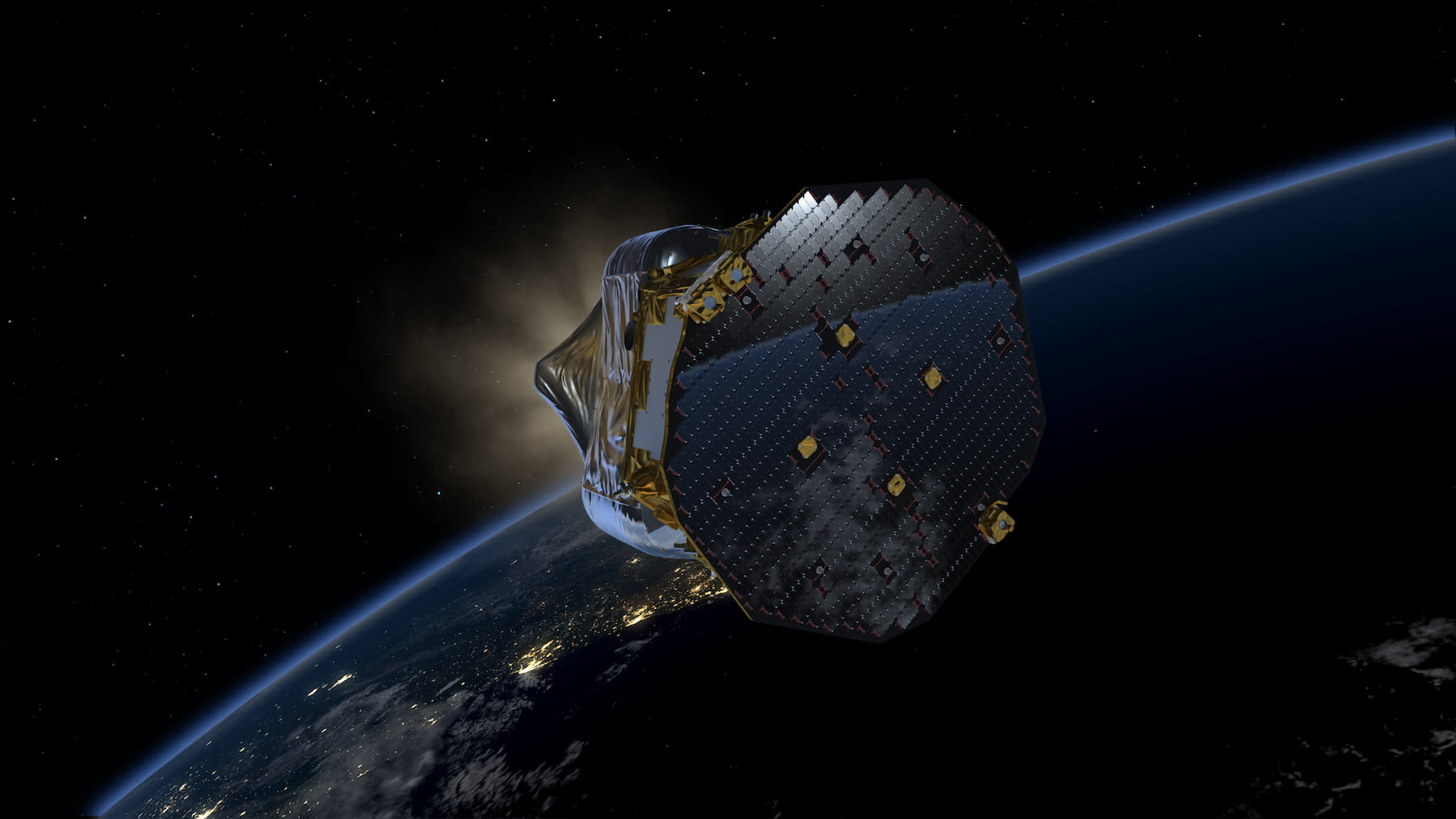 In just under a week the European Space Agency (ESA) will launch its LISA Pathfinder spacecraft on a Vega rocket. Buried within the vessel are two cubes made of gold-platinum which, scientists hope, can lay the groundwork for measuring gravitational waves in space. The theories and testing procedures can be tricky to wrap your head around, but thankfully the ESA has made some explainer videos (below) to help you out.

The LISA Pathfinder will venture 1.5 million kilometers towards the Sun, before orbiting around what's known as the first "Lagrangian point," or L1. The two cubes will be suspended in vacuum enclosures and, therefore, in a constant state of free fall. A sensor will then use laser interferometry to measure their movements down to one thousandth of one millionth of a millimetre. As they shift, the spacecraft will automatically fire a series of microthrusters to ensure its always centered around the suspended cubes.

Why do all of this? In the future, scientists hope to measure gravitational waves, which form part of Albert Einstein's theory of general relativity. These ripples in space-time are produced, it's believed, by large cosmic events such as supernova explosions and double black holes. They produce huge amounts of energy, but space buffs think that only small ripples can be felt in the spacetime that envelops our little corner of the Galaxy.

To detect these waves, the ESA plans to measure tiny changes in the distance between two space-wandering objects. That's where the LISA Pathfinder comes in. In the future, a space-based gravitational wave observatory will track two masses separated by five million kilometres. The LISA Pathfinder uses a similar arrangement, only with the distance condensed to 38cm. It's a tiny simulation, but the mission will verify that the general setup works; a crucial milestone before the fully-fledged operation launches in 2034.

In this article: esa, EuropeanSpaceAgency, GeneralRelativity, gravitationalwaves, lisapathfinder, science, space, vega
All products recommended by Engadget are selected by our editorial team, independent of our parent company. Some of our stories include affiliate links. If you buy something through one of these links, we may earn an affiliate commission.