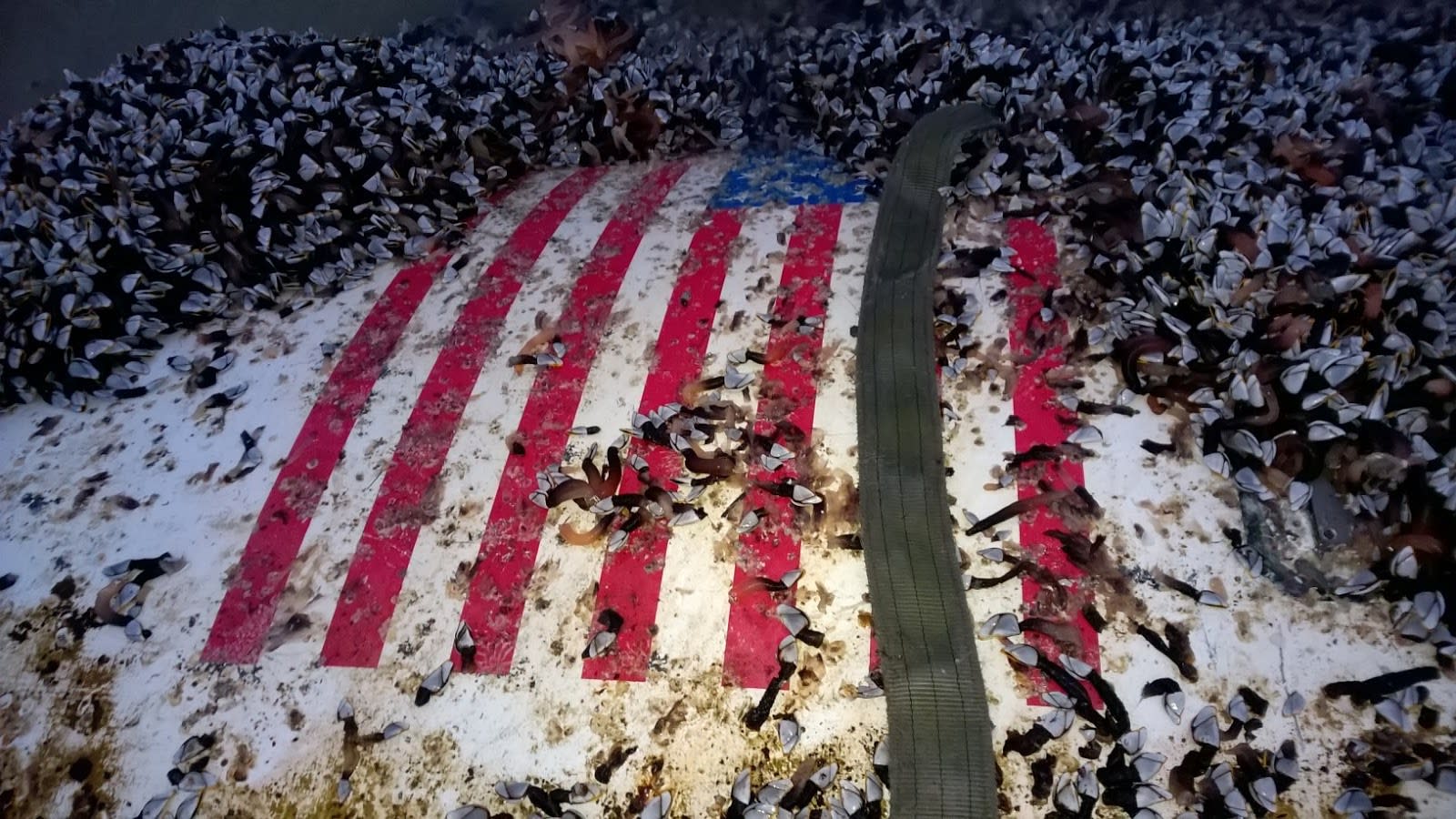 When SpaceX sends Falcon 9 rockets up into the skies above Florida's Cape Canaveral, there's no telling what will happen to the projectile should it complete its mission or fails to reach orbit altogether. It's been almost five months since Elon Musk and co. confirmed a faulty strut caused its CRS-7 rocket to break up shortly after launch, but yesterday debris from an even older project, the CRS-4, materialized. It wasn't found on the Eastern US seaboard, but thousands of miles away in a cluster of islands just off the southwest coast of England.

Martin Leslie, Coastal Area Commander for the Maritime and Coastguard Agency confirmed (via The Verge) that "a large section of alloy about 10 meters by 4 meters" was spotted floating in water between Bryher and Tresco in the Isles of Scilly. A local mariner pulled the debris out of the water and towed it to a beach on Tresco, where it's now being "securely held."

"The markings show an American flag," says Leslie. "It looks like it's an American rocket and is similar to the unmanned Space X Falcon 9 which blew up shortly after take-off from Cape Canaveral in June." In a photo tweeted by local Twitter account Tresco Island, you can clearly see the big black number nine inscribed on the Falcon 9's fuselage:

June's Falcon 9 rocket launch intended to carry a Dragon capsule with research materials and provisions to the International Space Station (ISS). However, thanks to some sleuthing by members of the /SpaceX subreddit, it appears that the wreckage may be from the CRS-4 project, which helped deliver a Dragon cargo vessel loaded with 5,000 pounds of cargo and science experiments to the ISS in September 2014. If true, it suggests that this large piece of the rocket took 14 months to pop up in England. How did a piece of the rocket end up in the UK? You have Atlantic currents to thank for that. If it fell to earth off the coast of the US, the debris was likely swept eastwards by the Gulf Stream, which fed into the North Atlantic Current. The latter can sweep between Canada and Greenland, as well as up towards Iceland and Norway. It just so happens it hit a the Isles of Scilly, which lie around 28 miles west off the southernmost tip of England.

towed in and beached a piece of flotsam earlier. thoughts were could be aviation parts ..didnt imagine space race pic.twitter.com/f7esX0ixGb

Update: This article originally stated that the debris originated from the CRS-7, which broke up shortly after launch in June 2015. It has been updated to reflect new information that suggests it may have originated from an earlier launch in September 2014.

In this article: science, space
All products recommended by Engadget are selected by our editorial team, independent of our parent company. Some of our stories include affiliate links. If you buy something through one of these links, we may earn an affiliate commission.