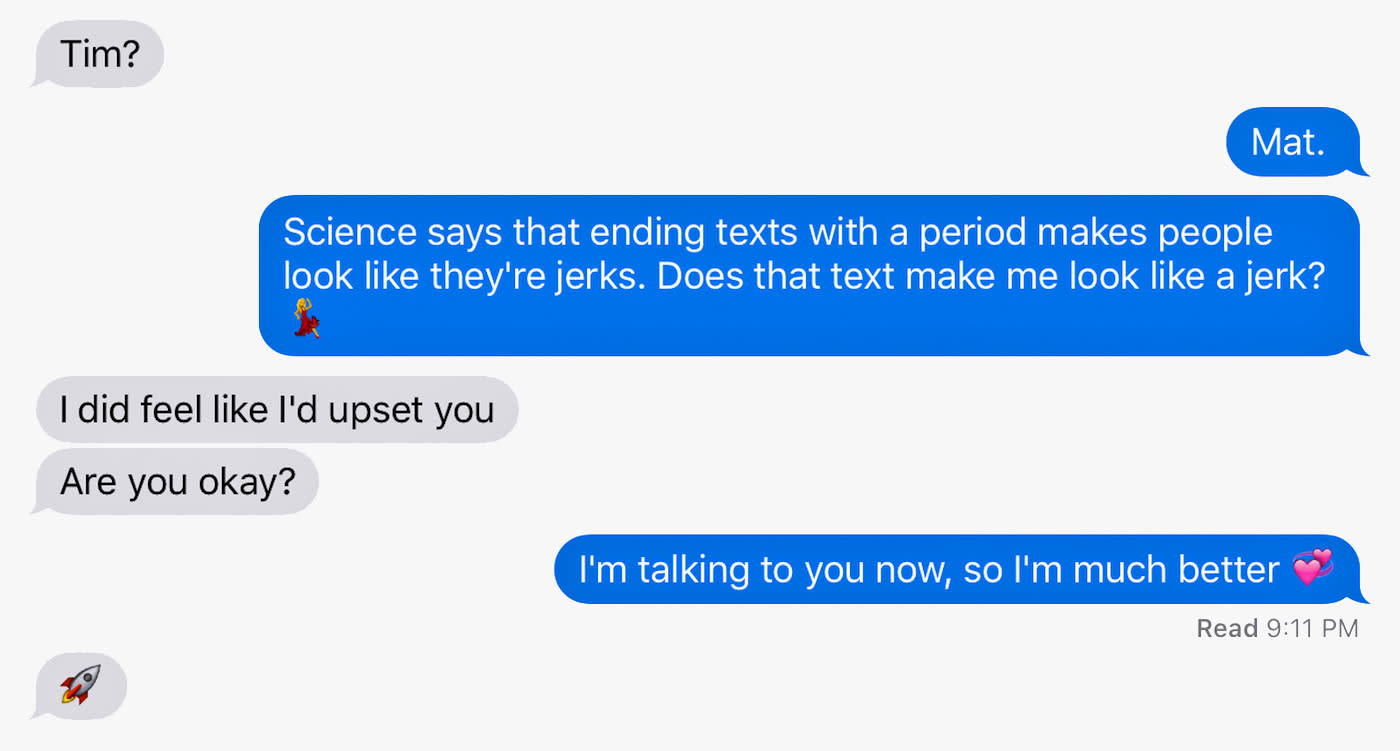 It appears as though those among us who use proper punctuation when texting look like big jerks. A new study out of Binghamton University says that text messages appended with a period come off as kind of rude. Computer Mediated Communication (email, texting, instant messages, etc..) lacks any sort of the context clues of face to face communications methods, so to see what the period meant in terms of CMC, the researchers had a small group of undergrads rate conversations that were framed either as handwritten notes or text messages.

"Even though most of the important social and contextual clues were missing, the sincerity of the short messages was evaluated differently depending on the presence or absence of a period," a statement from Binghamton reads. When a period was present in short exchanges, the students rated that message as less sincere.

What's more, according to The Washington Post, a separate study suggests that exclamation points are apparently more sincere than not using any punctuation to end a sentence. Keep in mind, however, that 126 undergrads aren't nearly enough to be considered a representative sample by any means. Regardless, the anecdotal evidence is enough to make me feel self conscious about using correct grammar and punctuation while texting!

In this article: binghamton, binghamtonuniversity, cmc, computermediatedcommunications, gear, mobile, punctuation, science, sms, texting, timeline16texting
All products recommended by Engadget are selected by our editorial team, independent of our parent company. Some of our stories include affiliate links. If you buy something through one of these links, we may earn an affiliate commission.