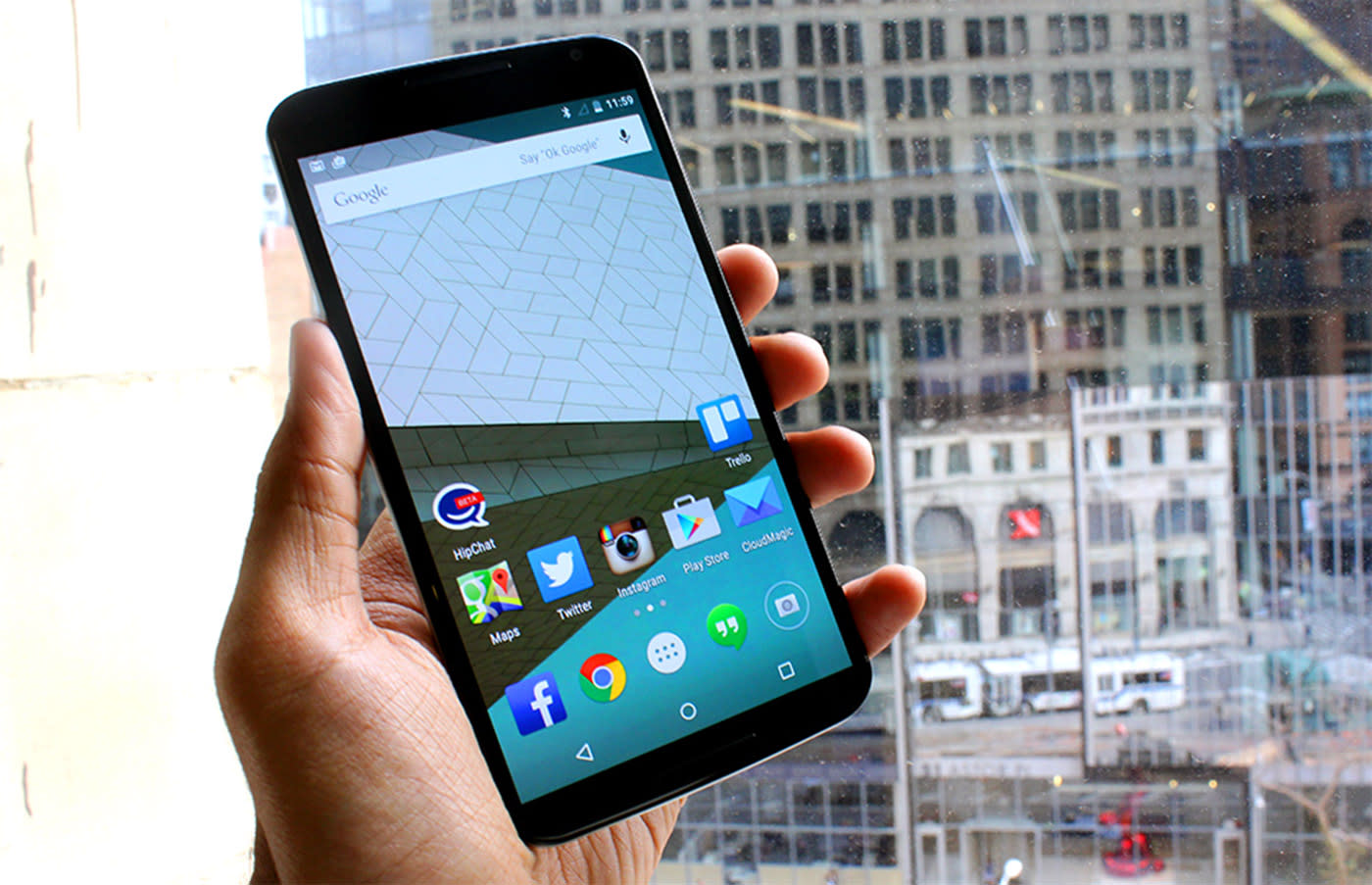 You read that right: The Motorola-made handset is no longer sold through Google's online shop. Droid Life has discovered that the Nexus 6 has been taken out of the Play Store, a little after a year since the phone was launched. As always, though, you don't have to permanently say bye-bye, au revoir, adios or sayonara to the model, since there are a lot of third-party sellers out there -- a cursory search on eBay shows us tens of thousands of Nexus 6s for sale. If you'd rather not trust an online seller, well, there's always Google's newer phones: the LG-made Nexus 5x and the bigger, Huawei-manufactured Nexus 6P.

In this article: gear, google, GooglePlayStore, mobile, nexus6
All products recommended by Engadget are selected by our editorial team, independent of our parent company. Some of our stories include affiliate links. If you buy something through one of these links, we may earn an affiliate commission.