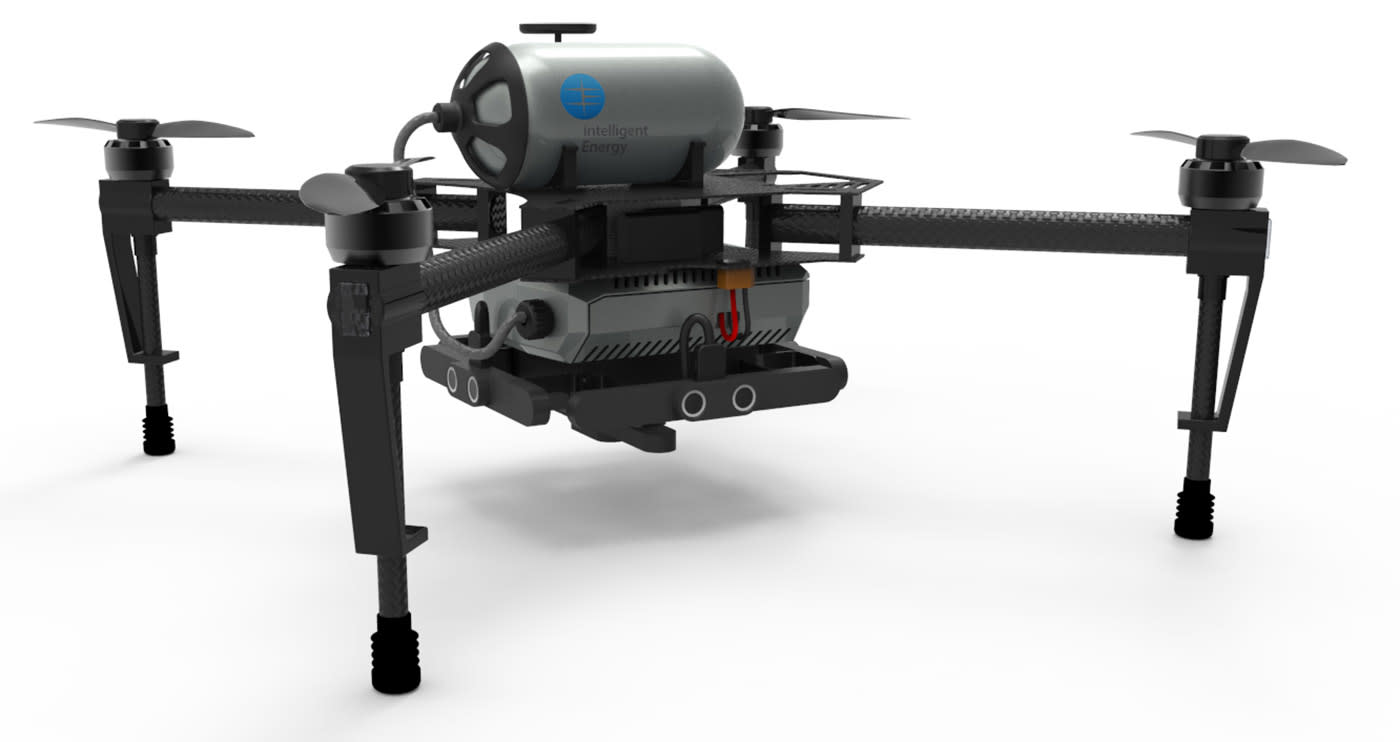 If we want drones to deliver packages and generally do much, much more than just fly around for a few minutes, they need to be able to last longer. A company called Intelligent Energy says its hydrogen fuel cell-powered range extender can make that happen and give unmanned aerial vehicles the power to fly for several hours instead of just around 20 minutes. The new fuel cell stack is supposed to be incredibly lightweight, so the drones can fly as usual with one strapped to their bodies. It can also apparently shorten the one-to-two-hour-long wait in between flights to just two minutes, since the flying contraptions no longer have to be recharged the traditional way. Unfortunately, the company hasn't announced pricing and availability yet -- and it's still just a prototype -- but we'll keep an eye out for its demonstration at CES 2016 for interested drone owners.

In this article: drone, gadgetry, gadgets, gear, hydrogenfuelcell, UAV
All products recommended by Engadget are selected by our editorial team, independent of our parent company. Some of our stories include affiliate links. If you buy something through one of these links, we may earn an affiliate commission.