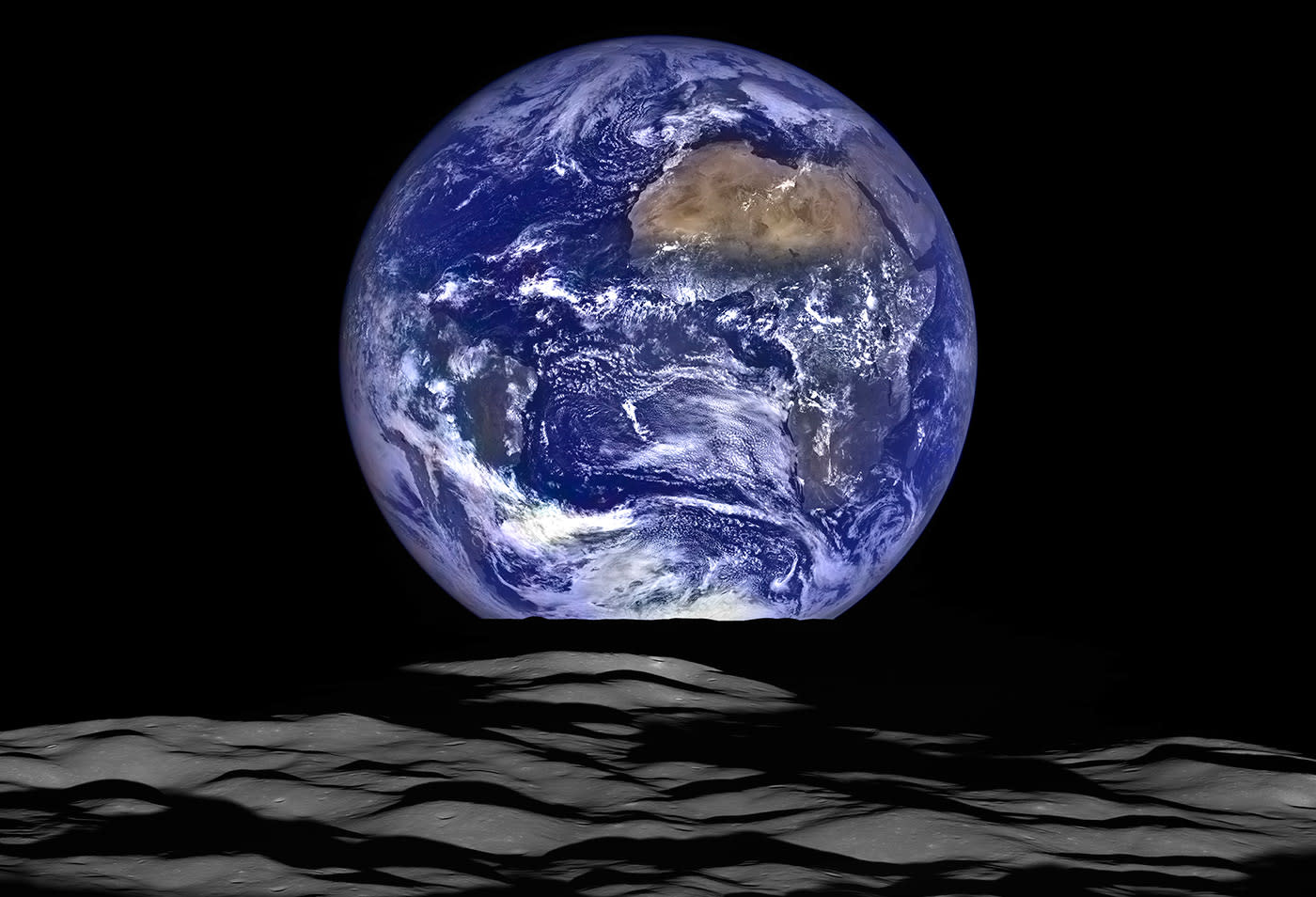 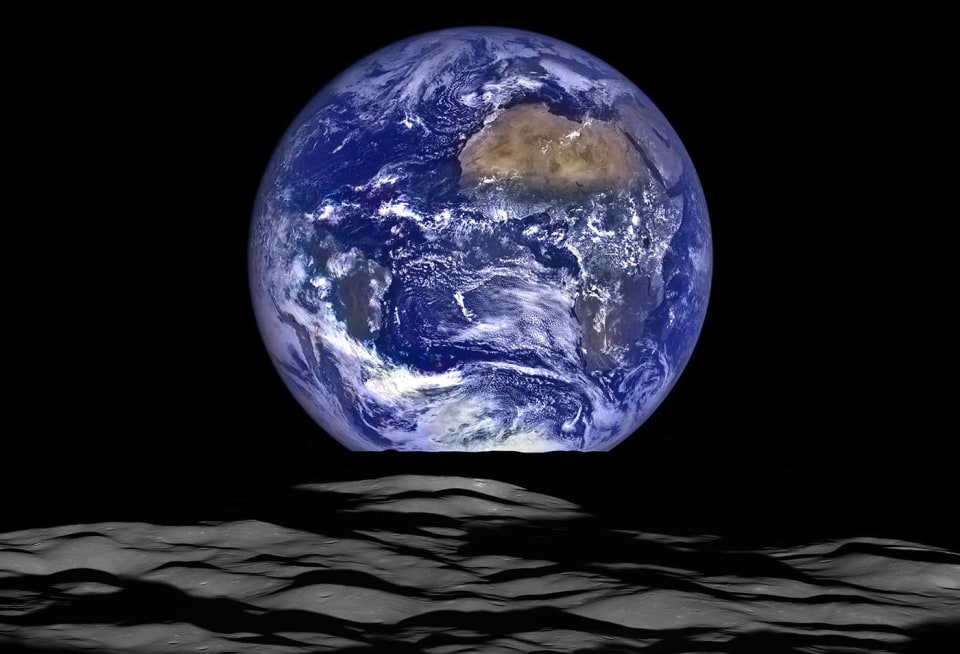 The Lunar Reconnaissance Orbiter has captured a view that's reminiscent of the famous "Blue Marble," except this one comes with something extra: the moon's surface. On October 12th, the LRO's Narrow Angle Camera (NAC) and Wide Angle Camera (WAC) captured a series of black and white and colored photos, respectively, of the Earth rising over the moon. The spacecraft was traveling 83 miles above a lunar crater called Compton at the time, and it had to roll to its side to be able to take the images it needed, all while going faster than 3,580 mph.

NASA says the final product you see above isn't a single shot, but a composite of the high-resolution images taken by the NAC and the colored ones taken by the WAC. The LRO, by the way, sees a dozen Earthrises everyday, but it doesn't photograph the view frequently. As we mentioned earlier, the process is quite complicated: the spacecraft has to snap images while it's moving, and while the Earth and the moon are also in motion. Plus, the LRO's cameras concentrate on the moon's surface. It just so happened that in October, the Earth was in the cameras' field of view while they were pointing into space to calibrate, allowing them to capture this stunning view of our planet.

In this article: earth, earthrise, lunarreconnaissanceorbiter, nasa, science, space
All products recommended by Engadget are selected by our editorial team, independent of our parent company. Some of our stories include affiliate links. If you buy something through one of these links, we may earn an affiliate commission.