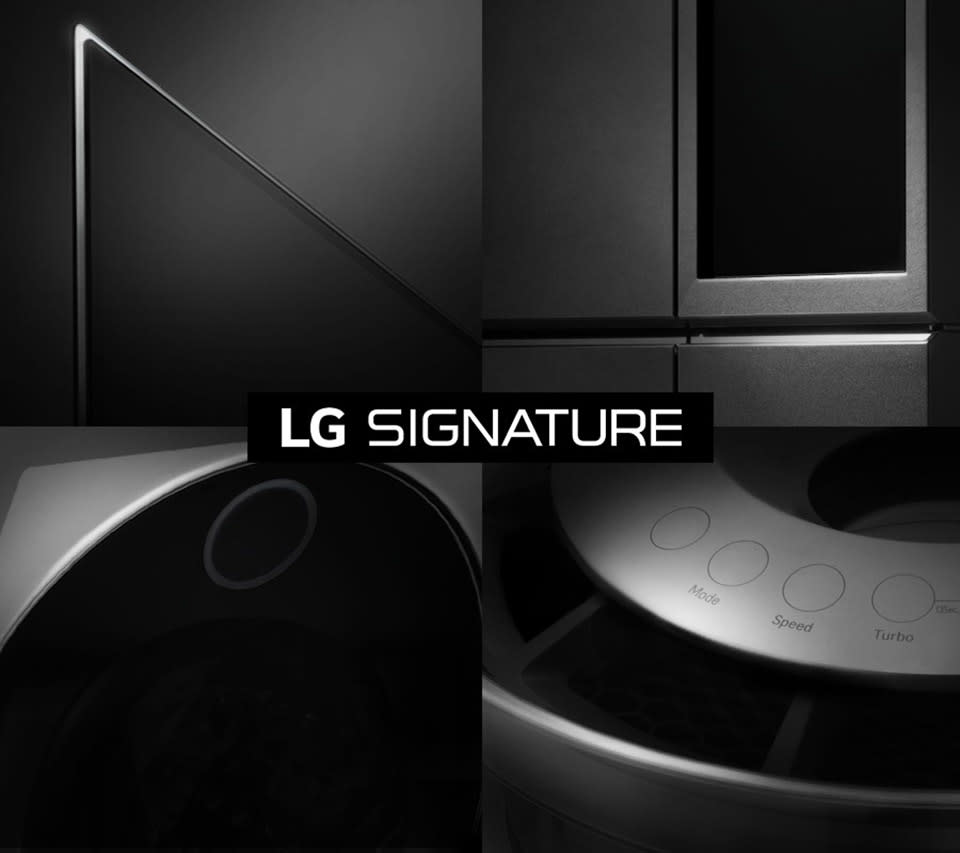 You wouldn't usually associate LG with luxury appliances, but that could change with the introduction of its new lineup. The Korean company is preparing to launch premium home appliances at CES 2016, and the products will be released under a distinct brand called "LG Signature." It's keeping details hush-hush as of now, but it did reveal that the first appliances out of the lineup are a television, a refrigerator, an air purifier and some washing machines.

The company's blog post says LG formed a team within the company to create those devices with input from "leading design experts." Also, the upcoming appliances have apparently been "stripped of all features that detracted from the brand's spirit," which could mean sleek, minimalistic designs. CES 2016 is only a couple of weeks away, but if high-end appliances get you going, you can view some vague silhouettes of the upcoming products on the new brand's website.

In this article: appliances, CES, CES2016, gear, home, lg, LGSignature
All products recommended by Engadget are selected by our editorial team, independent of our parent company. Some of our stories include affiliate links. If you buy something through one of these links, we may earn an affiliate commission.