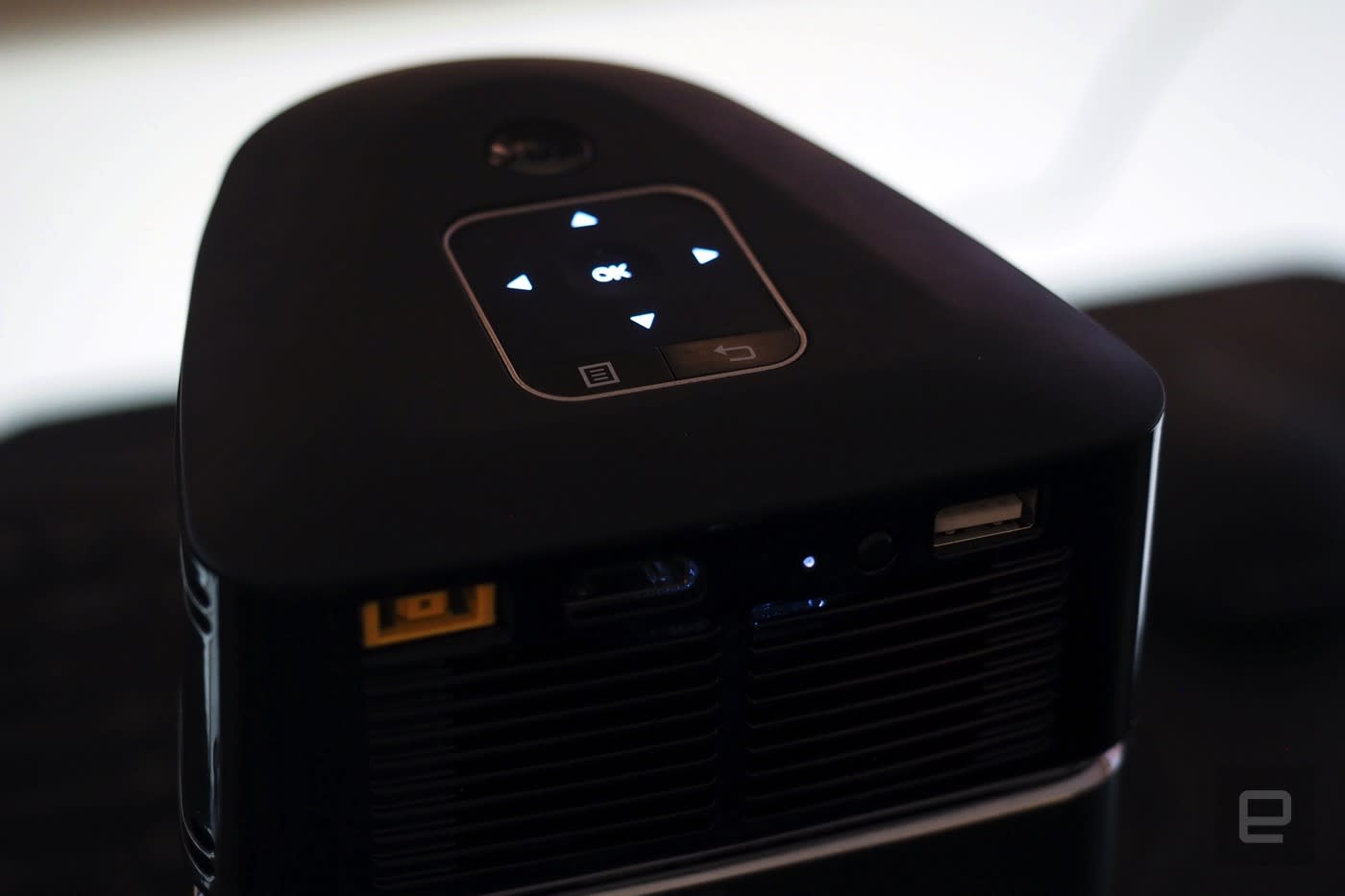 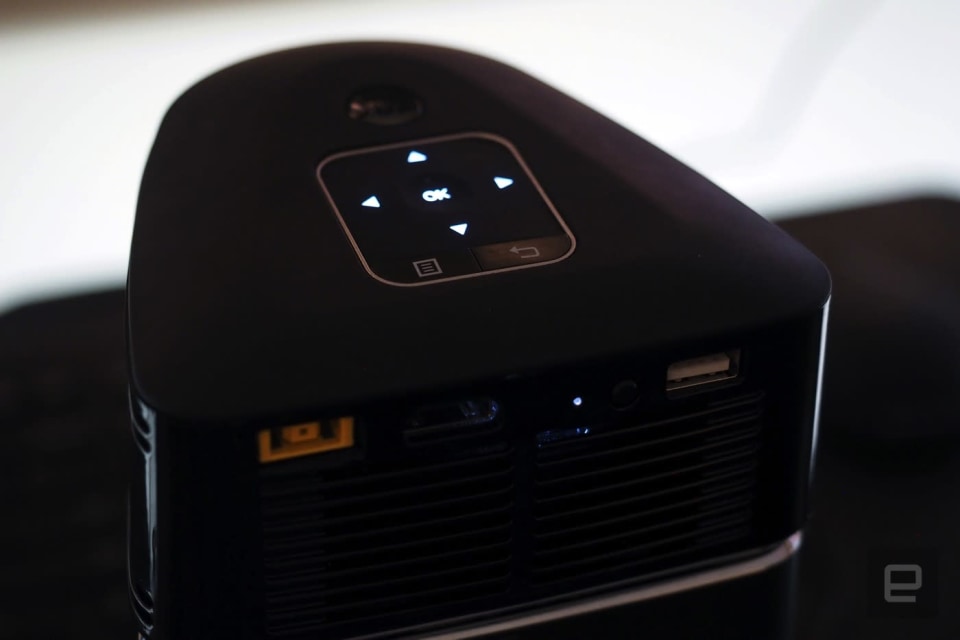 Well, this is a little weird. In addition to the usual parade of laptops, Lenovo today unveiled an odd little desktop at CES: a miniature PC with an optional projector. It's called the Ideacentre 610s, and it's basically your typical home-theater PC on steroids. On the inside, it runs an Intel Core i7 processor, a 2GB NVIDIA GTX 750ti GPU and up to 16GB of RAM, meaning you shouldn't have a problem streaming 4K video or the odd game. 9
If you wanted to take the whole home-theater PC thing a step further, you could use the 220-lumen projector to beam a 100-inch image from 2.4 meters (7.9 feet) away. It could be a useful solution if you have kiddies at home, or for whatever reason don't have space for a large TV. If you care about quality, though, you might still want to stick to a wired connection most of the time: The projector's resolution tops out at a relatively low 720p. Look for it in June, starting at $849 with the projector (though if all you wanted was a souped-up HTPC, you could purchase it by itself for less). 3
In this article: ces2016, gadgetry, gadgets, gear, hands-on, lenovo, personal computing, personalcomputing
All products recommended by Engadget are selected by our editorial team, independent of our parent company. Some of our stories include affiliate links. If you buy something through one of these links, we may earn an affiliate commission.