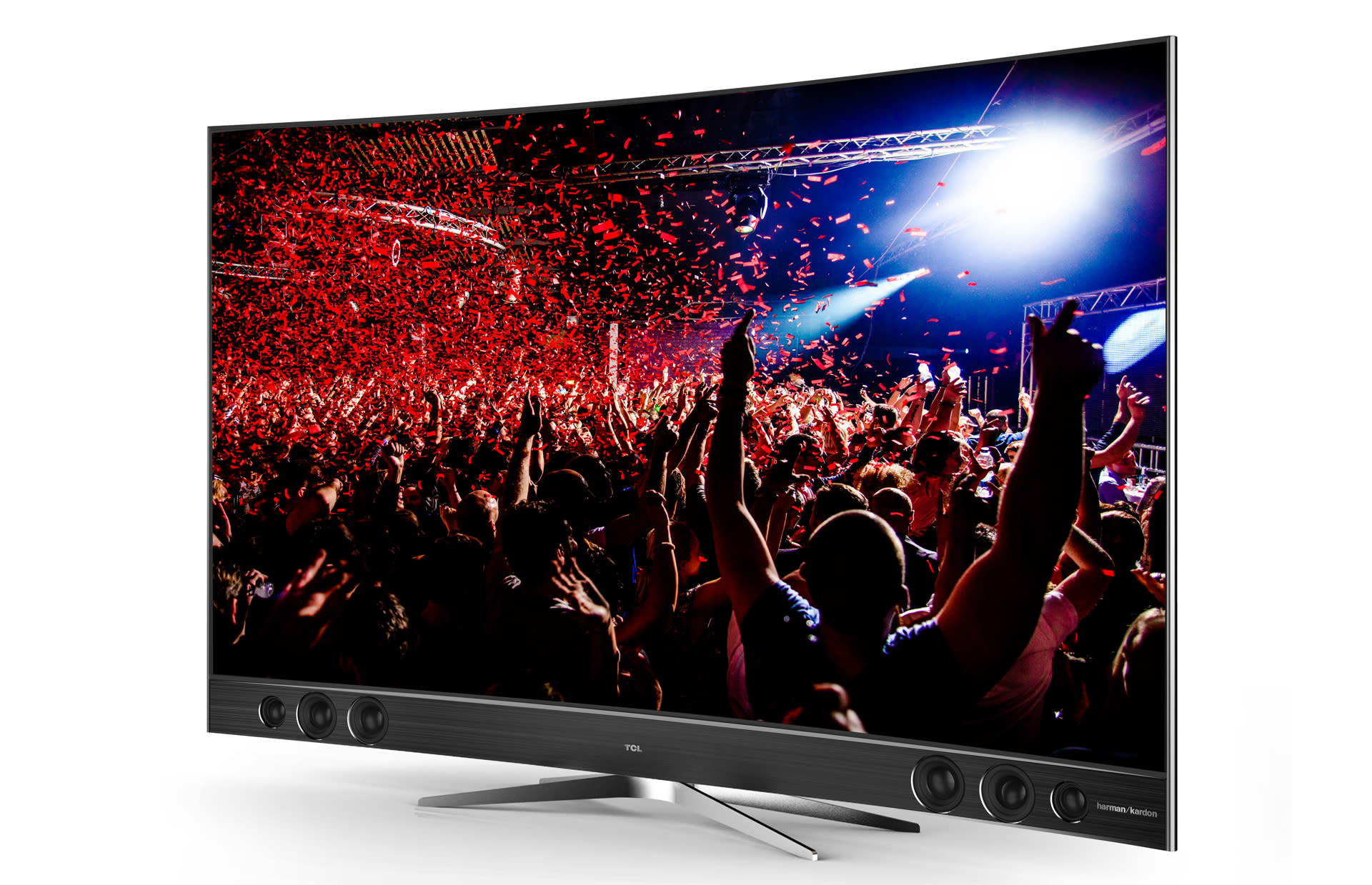 If you're looking for a TV with bright colors, an excellent backlight and a fantastic range of contrast, you're probably on the prowl for a set with Dolby Vision imaging technology baked in. Fortunately, the feature is becoming pretty pervasive -- showing up not only in sets from commonly known brands, but from up and coming manufacturers as well. Case in point? Chinese electronics company TCL just announced its first 4K UHD TV to include the technology: the 65-inch TCL X1.

The TCL X1 has everything you'd expect from a flagship television -- the aforementioned Dolby Vision HDR technology, a bright, 1000 nit 4K curved display and solid in-built audio provided by Harmon Kardon. The 65-inch set doesn't have a price tag as of yet, but TCL says it'll launch in China this spring (March, specifically) with a US launch to follow in the second half of the year.

TCL brought more to CES than just its flagship, of course: Earlier this week, Roku announced that the manufacturer would be its partner in launching the first 4K Roku TV set, the UP130, as part of the company's P-Series -- with additional 4K TVs available in 43, 50, 55 and 65-inch forms. Those sets won't have the fancy Dolby Vision technology, but they are available much sooner, due to launch in the US this spring.

In this article: 4k, av, ces, ces2016, dolby, dolbyvision, gear, hd, roku, tcl, televsion, uhd
All products recommended by Engadget are selected by our editorial team, independent of our parent company. Some of our stories include affiliate links. If you buy something through one of these links, we may earn an affiliate commission.