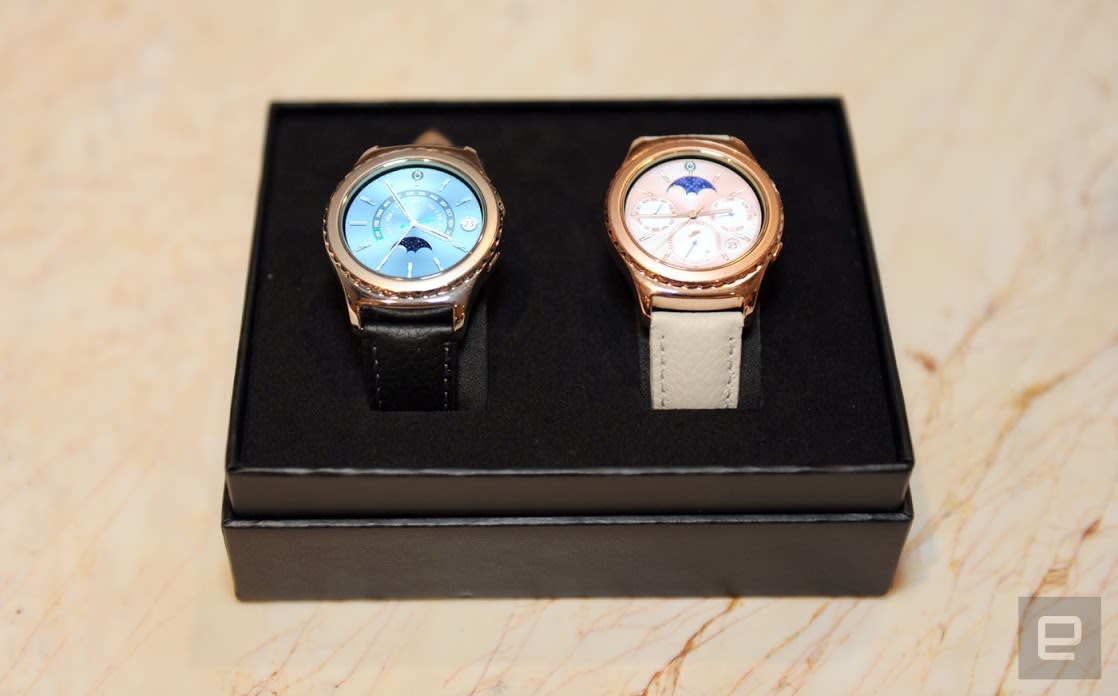 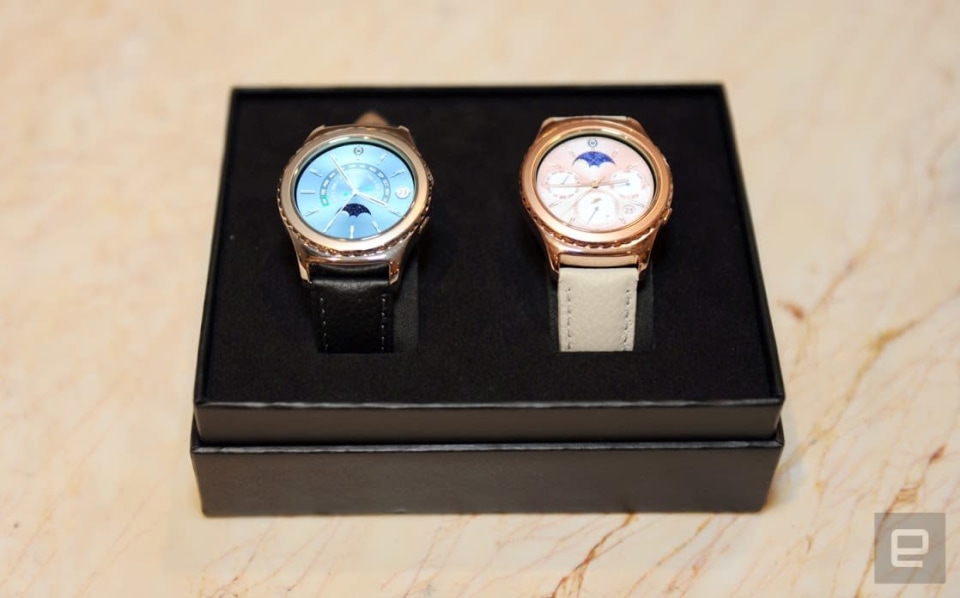 Samsung's Gear S2 was surprisingly one of the best smartwatches we've tried so far. It may run Tizen, but it also has a wonderful interface thanks to the spinning bezel around the watch face. Now, the company is classing up the joint a bit with a new pair of Gear S2 watches that swap out the standard stainless steel case and elastomer or leather bands for a design that's significantly more upmarket. One comes in 18-karat rose gold with an ivory leather band while the other model features a platinum case with a black leather band.

There's no word on pricing yet, but we're guessing these models will be significantly more expensive than the standard model's $299 price point. That said, they'll also probably be cheaper than the astronomical $10,000-plus gold Apple Watch.

Samsung's also releasing some new bands and watch faces for Gear S2 lineup, including some "premium" bands made by Colombo. New watch faces will include artwork from Keith Haring, Jean-Michael Basquiat, Jeremyville and Burton Morris as well as faces featuring various Peanuts characters. When those bands and faces will become available remains to be seen, but we may get more details from Samsung's CES 2016 press conference, which has just gotten underway. We'll update this post with any more details about the Gear S2 lineup as they come.

In this article: ces2016, gadgetry, gadgets, gear, gears2, samsung, smartwatch, watch, wearables
All products recommended by Engadget are selected by our editorial team, independent of our parent company. Some of our stories include affiliate links. If you buy something through one of these links, we may earn an affiliate commission.