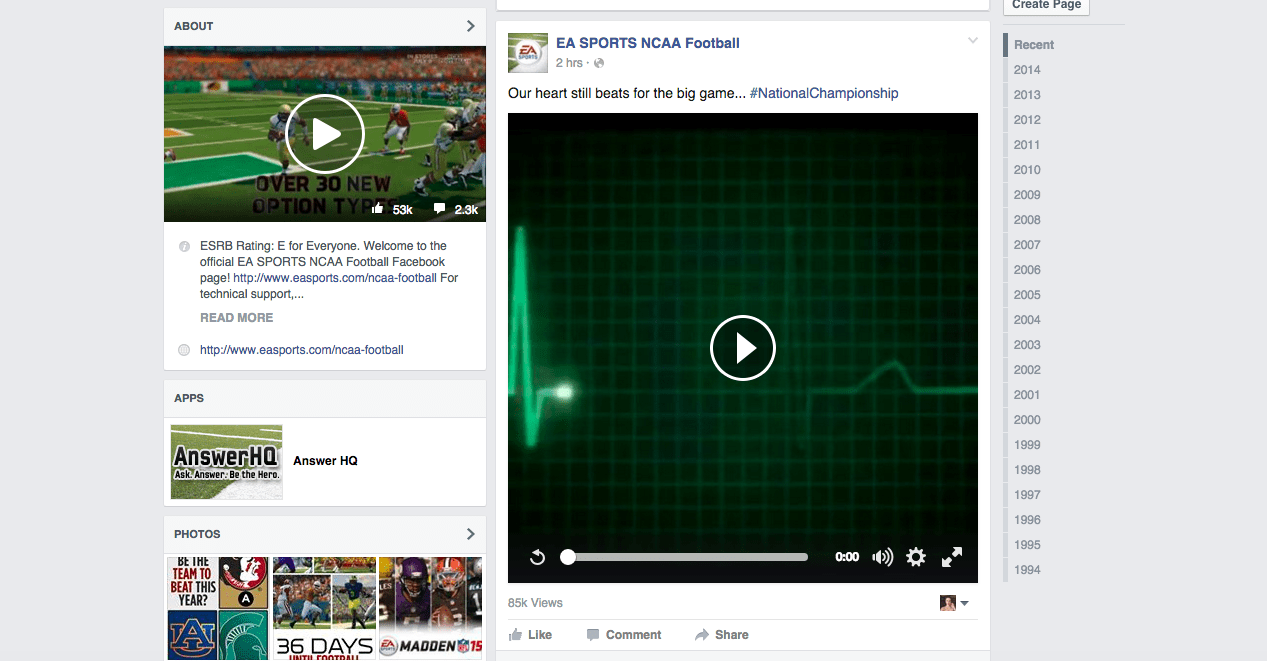 EA Sports revived the official NCAA Football Facebook page this morning after one-and-a-half years of silence, posting a four-second video of a heart monitor and the caption, "Our heart still beats for the big game... #NationalChampionship." Fans wondered if this signaled the return of EA Sports NCAA Football -- the series ended in 2013 following a class-action lawsuit over EA's use of student likenesses in its games.

"We have no new plans or announcements to make regarding the EA Sports NCAA Football series," a spokesperson says. "Today's National Championship game reminds us more than ever that the hearts in our community still beat for college football."

Our heart still beats for the big game... #NationalChampionship

In this article: av, business, culture, EA, EaSports, easportsncaafootball, football, gaming, ncaa, NcaaFootball, personal computing, personalcomputing
All products recommended by Engadget are selected by our editorial team, independent of our parent company. Some of our stories include affiliate links. If you buy something through one of these links, we may earn an affiliate commission.