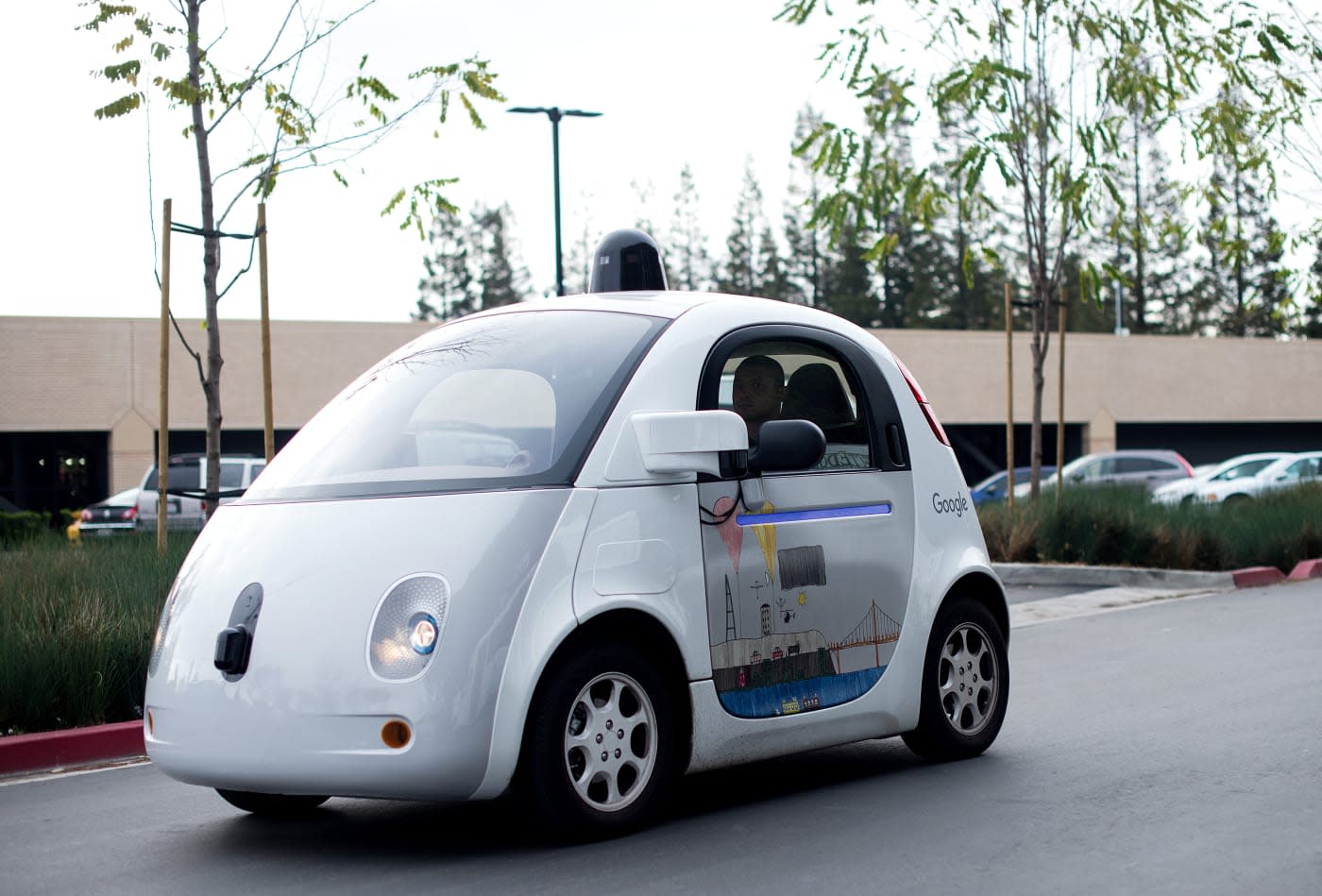 Google's self-driving cars are getting smarter and safer, but the company still wants some help from traditional automakers. Speaking at the Automotive News World Congress, John Krafcik, the head of Google's autonomous car project and a former Hyundai CEO, said: "We are going to need a lot of help, and In the next stages of our project, we're going to be partnering more and more for sure." In a room rammed with car executives, he later added: "We hope to work with many of you guys."

The comments follow speculation that Google is looking to join forces with Ford. Yahoo! Autos suggested that the two would launch a joint venture at CES -- that never happened -- and now the Wall Street Journal is reporting the two are still holding talks. If the deal went ahead, the newspaper claims, Ford would develop the basic software and components while Google handled the autonomous-driving systems. Such a partnership would allow Google to focus on the car's smarts, while offloading the other manufacturing difficulties to a company with plenty of expertise.

Such an announcement would be timely given the progress Google is making with its autonomous fleet. In a report submitted to the California Department of Motor Vehicles (DMV), the company detailed the number of times its cars have been in dangerous situations and required manual overrides. Taking the data as a whole -- September 24, 2014 to November 30, 2015 -- these incidents seem to be slowly decreasing. The company said there were 13 occasions where, without the assistance of a test driver, one of its vehicles would have made contact with another object. Eight of these occurred in the last three months of 2014, during 53,000 miles of testing, while only five took place in 2015, where its cars drove 370,000 miles.

Writing on Medium, Chris Urmson, the director of Google's self-driving car project, says he expects these figure to continually decline over time. Using a simulator, Google's engineers are able to replay each incident and predict how the car would have behaved. The team can also see how other drivers and pedestrians would have reacted to the situation, and then tweak the scenario to see what would have changed under different speeds and angles. Updated software is then tested in the simulator before being introduced on the road and finally to Google's entire fleet of cars.

The 13 incidents make up what Google calls "driver-initiated disengagements," where the human passenger felt it necessary to take control of the wheel. The company recorded 69 in total, although it says most wouldn't have resulted in a crash -- instead, the cars simply showed behavior that could have caused problems in other scenarios. Incorrectly analyzing traffic lights, not giving way to pedestrians and misinterpreting local traffic laws were a few examples. In addition, Google's test drivers experienced 272 "immediate manual control" disengagements, which are when the car calls upon the driver for assistance. These were triggered by small technical faults, such as anomalous sensor readings.

Suffice to say, Google's self-driving car fleet still has a way to go. But the company is noticing fewer incidents across larger stretches of testing, which bodes well for the future. With the assistance of some large car manufacturers, Google could reach the finish line a little faster too.

In this article: autonomous, AutonomousVehicles, culture, ford, google, selfdriving, SelfDrivingCar, transportation
All products recommended by Engadget are selected by our editorial team, independent of our parent company. Some of our stories include affiliate links. If you buy something through one of these links, we may earn an affiliate commission.