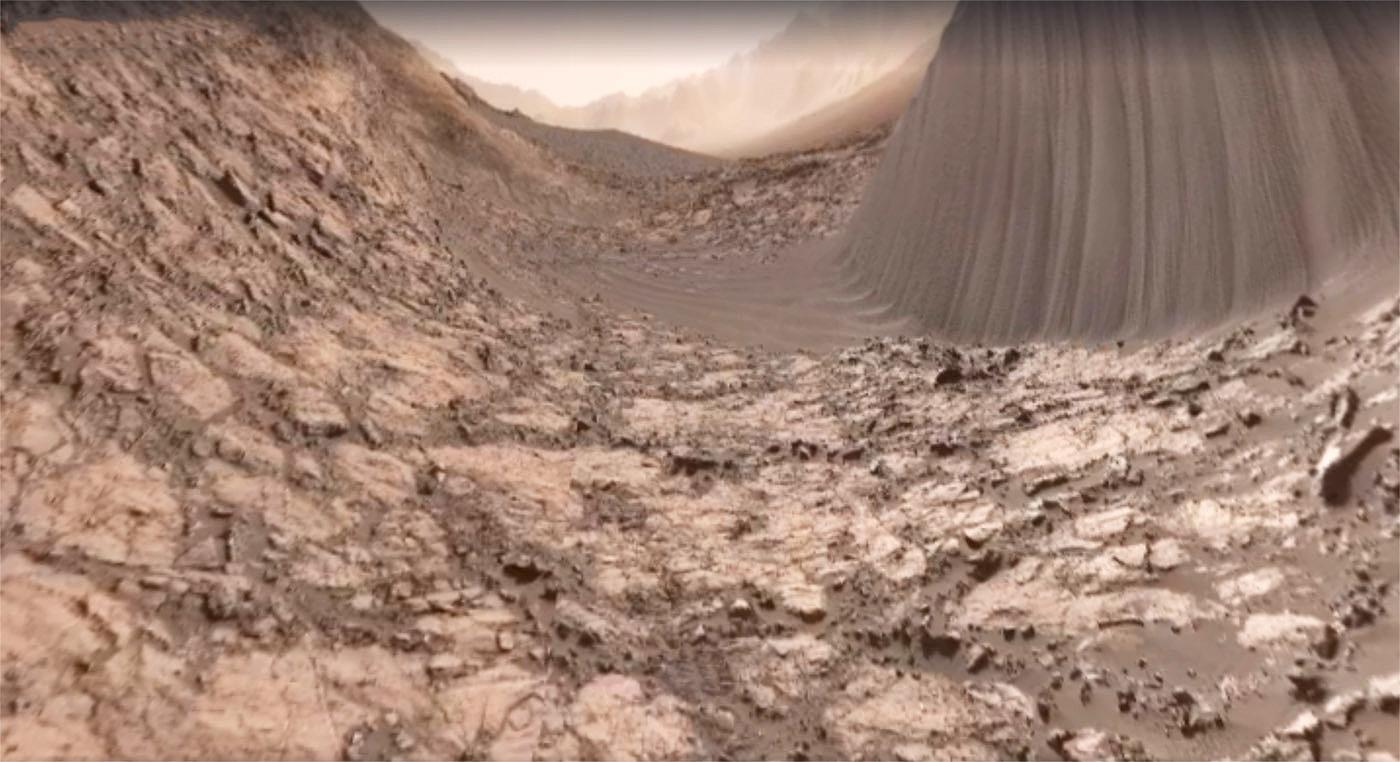 NASA has posted a Facebook 360 video taken by the Mars Curiosity rover from the surface of Mars that Mark Zuckerberg himself re-posted and called "neat." (A one ton, nuclear buggy takes takes a panoramic video from Mars that you can view in a VR headset, and all you got is "neat?" Get a thesaurus, Mark!) Zuckerberg added that the video was stitched together by Facebook's 360 degree video team, and is made up of 57 separate stills -- in fact, it's more like a panorama than a video. The images were snapped by the rover's robotic arm-mounted Mars Hand Lens Imager (MAHLI) on the northwestern flank of Mount Sharp, and show the steep Namib sand dunes.

Ideally, you'll view the video from VR headset like the Oculus Rift or Samsung's Gear VR. (For the latter, load the video at full-screen in your Galaxy phone and hit "view in VR," then mount the phone in your headset.) However, you can also view the video from every angle with a regular smartphone just by rotating it around. Zuckberg said the video "is just the beginning of what we can do with virtual reality and 360 degree. Pretty amazing." Amazing? Sigh.

This is a neat 360 video from the surface of Mars. You can look around like you're actually on the planet.NASA produced it by stitching together photos taken by NASA's Curiosity Mars Rover, using technology created by the 360 video team at Facebook. This is just the beginning of what we can do with virtual reality and 360 video. Pretty amazing.

In this article: 360video, av, CuriosityRover, entertainment, Facebook, Mars, NASA, robots, science, space, video
All products recommended by Engadget are selected by our editorial team, independent of our parent company. Some of our stories include affiliate links. If you buy something through one of these links, we may earn an affiliate commission.