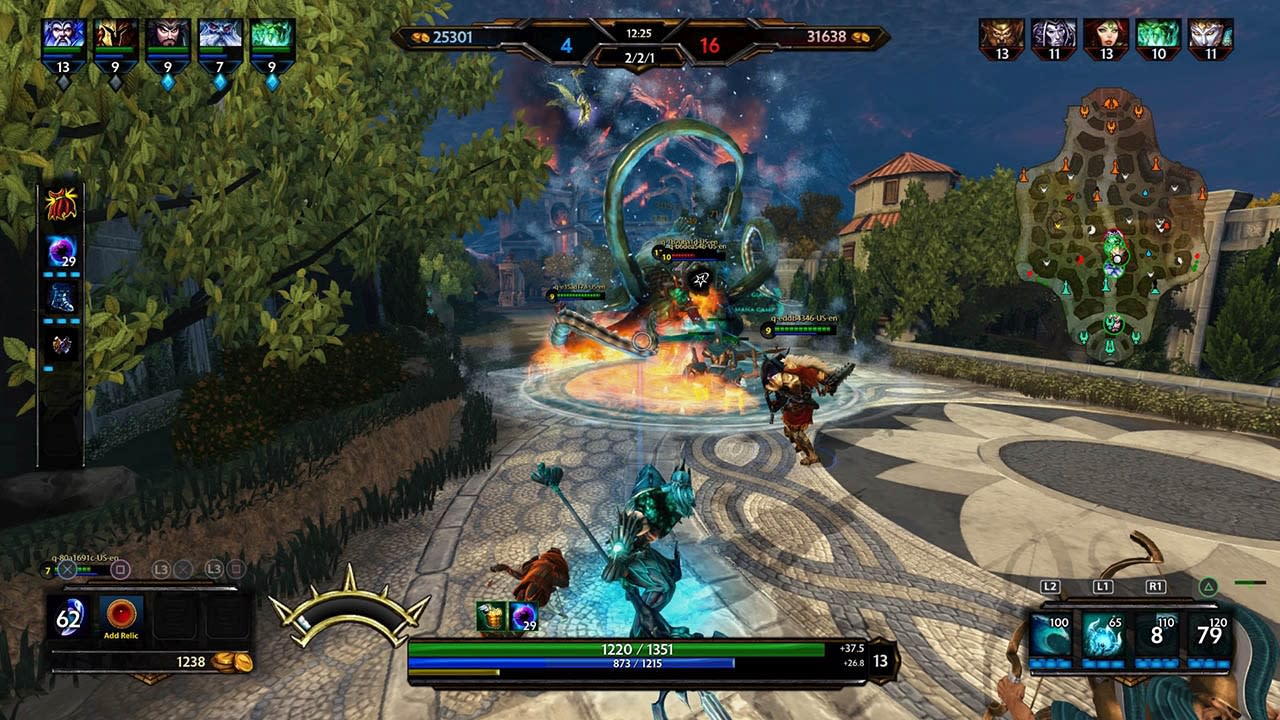 Smite is already popular on PC and Xbox One, and this year it's hitting another major platform: the PlayStation 4. The game is in closed alpha on PS4 today, though it's only for a small number of "dedicated" players, Hi-Rez Studios president Stew Chisam says in a tweet. The closed beta goes live in March and anyone interested can opt-in right here.

Smite is a third-person, "multiplayer online battle arena" game; it involves teams of characters fighting across a single map, each shown from a behind-the-shoulder perspective. Since launching on PC in 2014, Smite has made a name for itself on the eSports scene -- this year, developer Hi-Rez Studios will offer a prize pool of more than $2 million across its European and North American Pro League Season 3 tournaments. And that's just for the PC game; the Console League prize pool for Xbox One has an additional $350,000 on the line.

Smite is not playable across platforms -- PC players can't battle it out with Xbox One players -- and that's not going to change with the PS4 version. "While technically possible, it's not in our current plans," Hi-Rez says in its PS4 FAQ.

The game is free and PS4 players won't need a PlayStation Plus account to dive in once it fully launches. The exact release date isn't confirmed, but if you want to play Smite on PS4 next month, you can throw down $30 for the Founder's Pack. It goes on sale alongside the closed beta in March, and it includes a key for instant beta access, two skins, 400 Gems, and unlocks all present and future characters. The pack will be discontinued soon after the game's full release.

In this article: art, av, business, esports, gaming, hirez, MOBA, personal computing, personalcomputing, Playstation4, ps4, smite, sony
All products recommended by Engadget are selected by our editorial team, independent of our parent company. Some of our stories include affiliate links. If you buy something through one of these links, we may earn an affiliate commission.