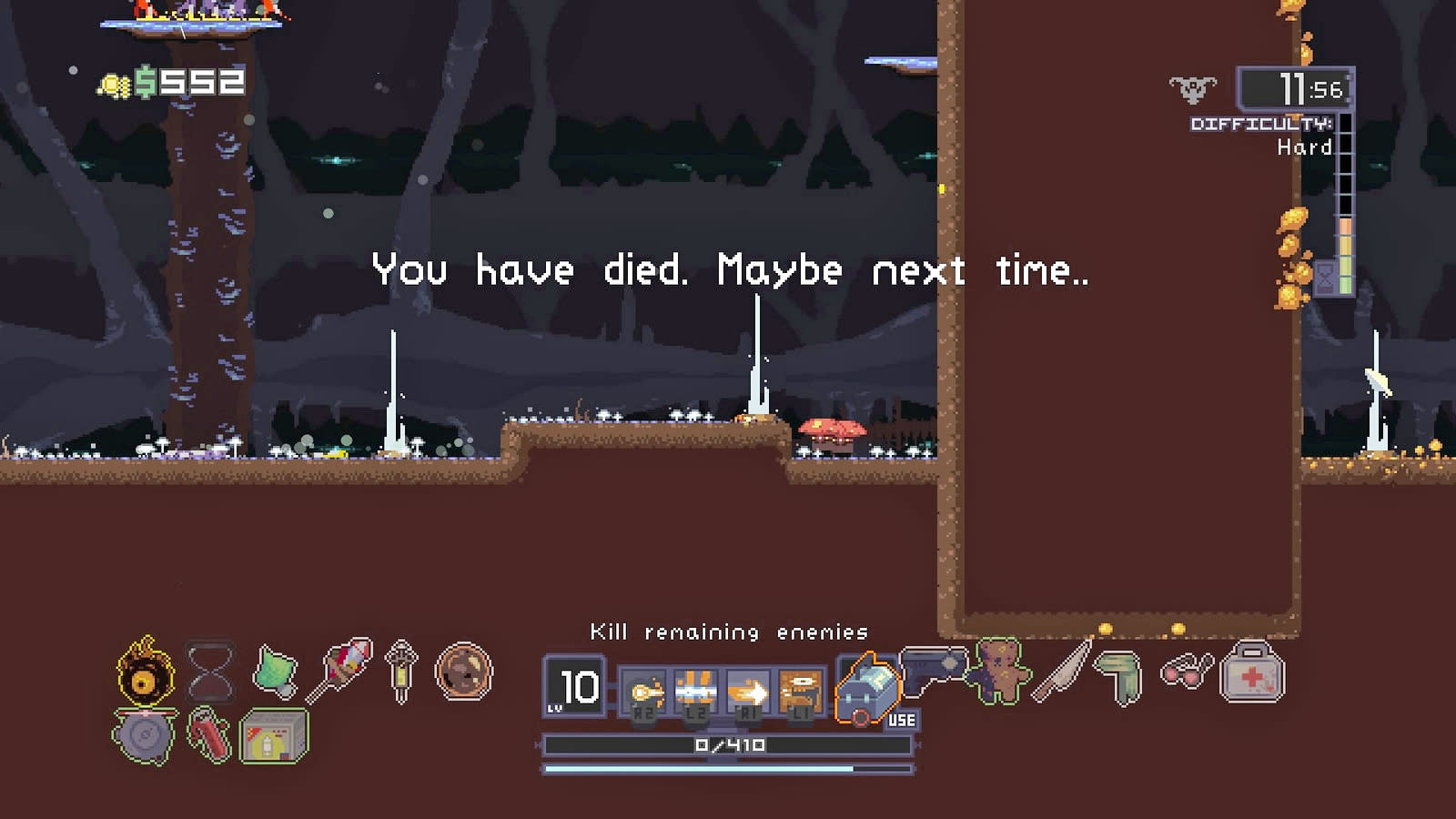 Risk of Rain is a gloriously, ridiculously challenging action game that debuted on Steam in November 2013 -- and it's headed to PlayStation 4 and Vita in early 2016. This isn't your standard pixelated, sidescrolling independent platformer; Risk of Rain ramps up in complexity as you play, with difficulty levels ranging from "Very Easy" to "Impossible" to "HAHAHAHA." Players have just one life, meaning if (when) you die, you have to fight through hordes of enemies and collect your favorite weapons all over again. And again. And again. And probably again.

The PS4 and Vita versions have a few special features, including automatic online matchmaking. Plus, you can play locally (up to four players), or go local and online at the same time with two people on the same console (or couch). Risk of Rain additionally supports Cross Play functionalities, meaning Vita and PS4 players can join the same game. That's extra nice because it's also a Cross Buy title: If you purchase Risk of Rain on Vita, you get it on PS4 (and vice versa).

We first heard rumblings that Risk of Rain would hit Sony platforms back in 2014. The official PS4 and Vita versions come from developer Hopoo Games and Code Mystics. It's a dream -- or a repetitive, never-ending nightmare -- come true.

In this article: av, gaming, HopooGames, Indie, personal computing, personalcomputing, Playstation4, ps4, psvita, RiskofRain, roguelike, sony, vita
All products recommended by Engadget are selected by our editorial team, independent of our parent company. Some of our stories include affiliate links. If you buy something through one of these links, we may earn an affiliate commission.