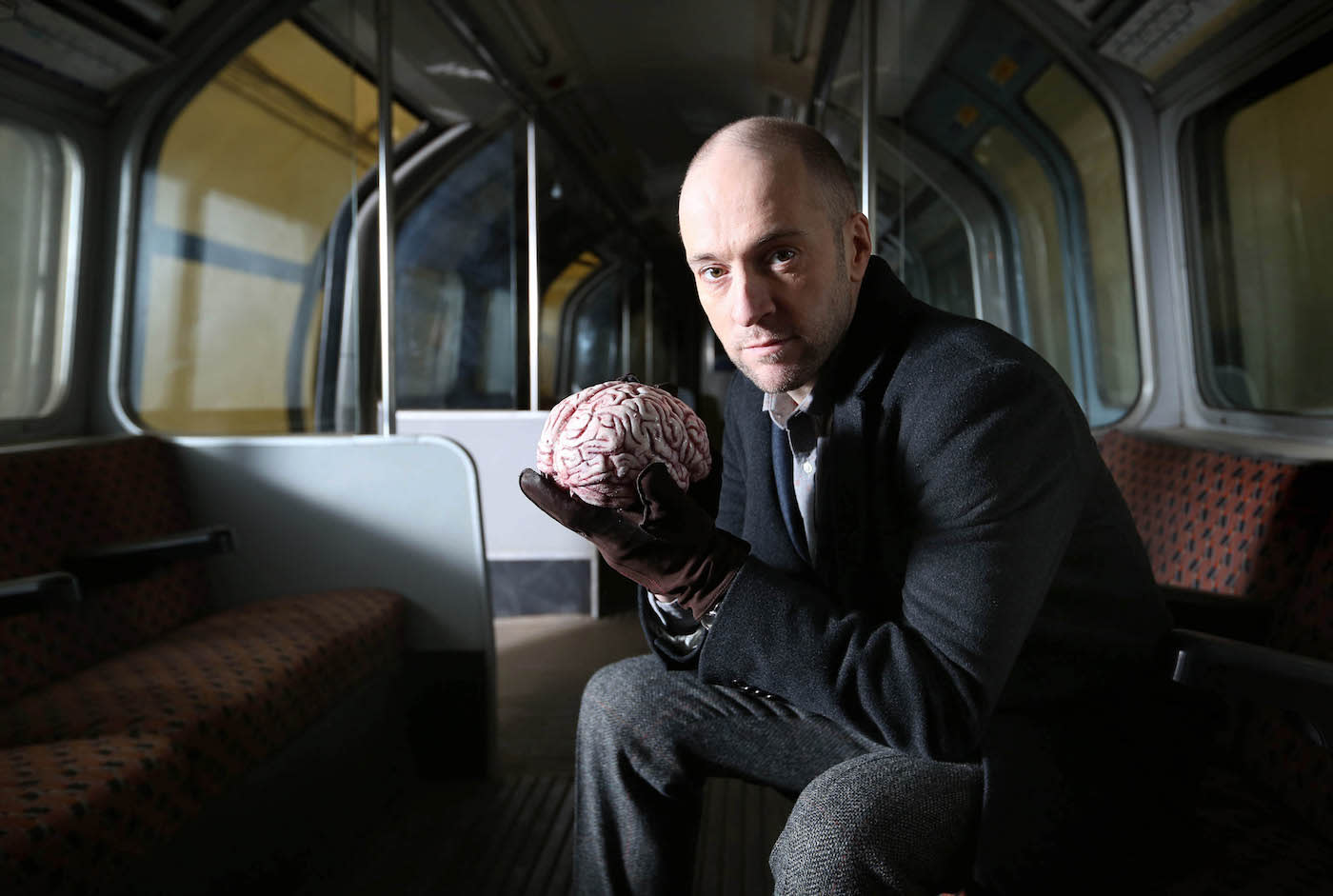 Derren Brown's new ghost train attraction for Thorpe Park is still wrapped in secrecy. We know visitors will sit in a suspended carriage and that the experience will feature multiple HTC Vive headsets. We know that it's a "multi-sensory" ride combining live-action and special effects. But otherwise, the details are scarce. What we have been told today is that the ride will open to the public on May 6th. Better mark those calendars. Derren Brown is a master of illusion and psychological manipulation. He's earned a reputation through a number of live shows and TV specials that challenge what people think is humanly possible. Guessing the UK's National Lottery numbers, beating (at least some) chess champions, sticking people to their chairs at home -- you get the picture. The ride at Thorpe Park seems equally mysterious and unique, promising a 10 to 15 minute ride "the like of which guests will never have taken before." Visitors will apparently play a part in the proceedings, pushing the creaky train through one of 12 possible journeys and two distinct endings.

HTC's VR headset is involved in some capacity, but based on the early trailers it's difficult to discern how they'll be implemented. Like everyone else, we'll just have to wait until the ride opens in May.

In this article: culture, derrenbrown, ghosttrain, htc, htcvive, themepark, thorpepark, virtualreality, vr, wearables
All products recommended by Engadget are selected by our editorial team, independent of our parent company. Some of our stories include affiliate links. If you buy something through one of these links, we may earn an affiliate commission.