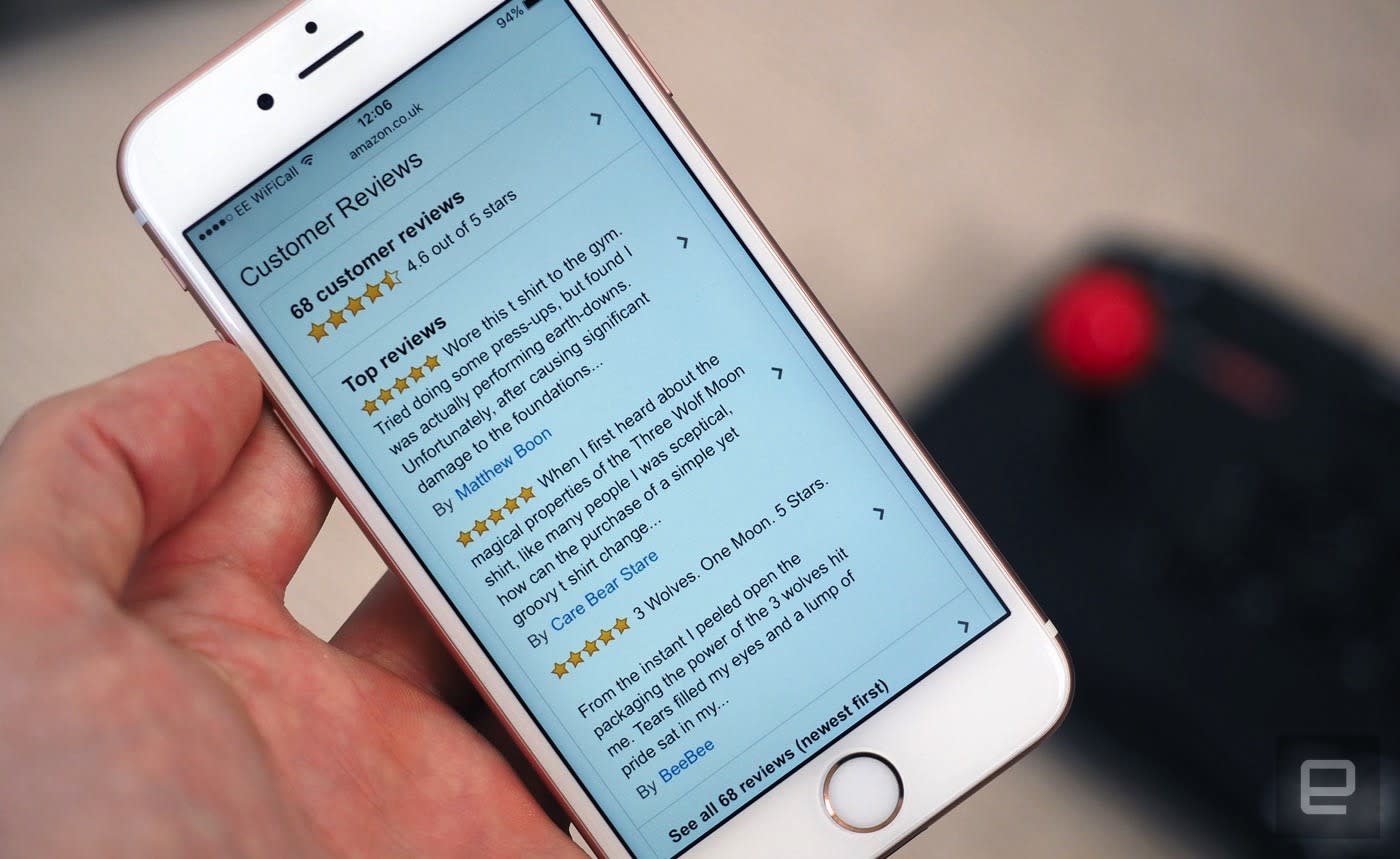 Online reviews, like those on Amazon, are typically a good way to judge the quality of a product or service before you decide to part with your money. They can also be huge indicators of the reputation of the retailer you're about to do business with.

With profits on the line, some businesses have taken steps to ensure they're getting good reviews, a service which marketing companies are all too willing to provide. Last week, the Competition and Markets Authority (CMA) confirmed it had issued its first crackdown on the practice, after it caught UK company Total SEO & Marketing Ltd (Total SEO) posting over 800 fake reviews between 2014 and 2015.

During its investigation, the CMA found that Total SEO had posted hundreds of reviews on the behalf of 86 small businesses across 26 different websites. The businesses involved included car dealers, mechanics, landscape gardeners and other tradespeople.

The company escaped a financial penalty but has been forced to remove the fake reviews it's already posted. It will also suffer the added humiliation of having the CMA writing to its clients about illegality of asking firms to write reviews on their behalf.

The Consumer Protection from Unfair Trading Regulations 2008 is designed to protect consumers from misleading practices, which include rules that stop companies falsely representing themselves as consumers. Companies found guilty of posting fake reviews can receive a heavy fine or, in some cases, see its directors given a prison sentence.

In this article: cma, culture, fake, internet, reviews
All products recommended by Engadget are selected by our editorial team, independent of our parent company. Some of our stories include affiliate links. If you buy something through one of these links, we may earn an affiliate commission.