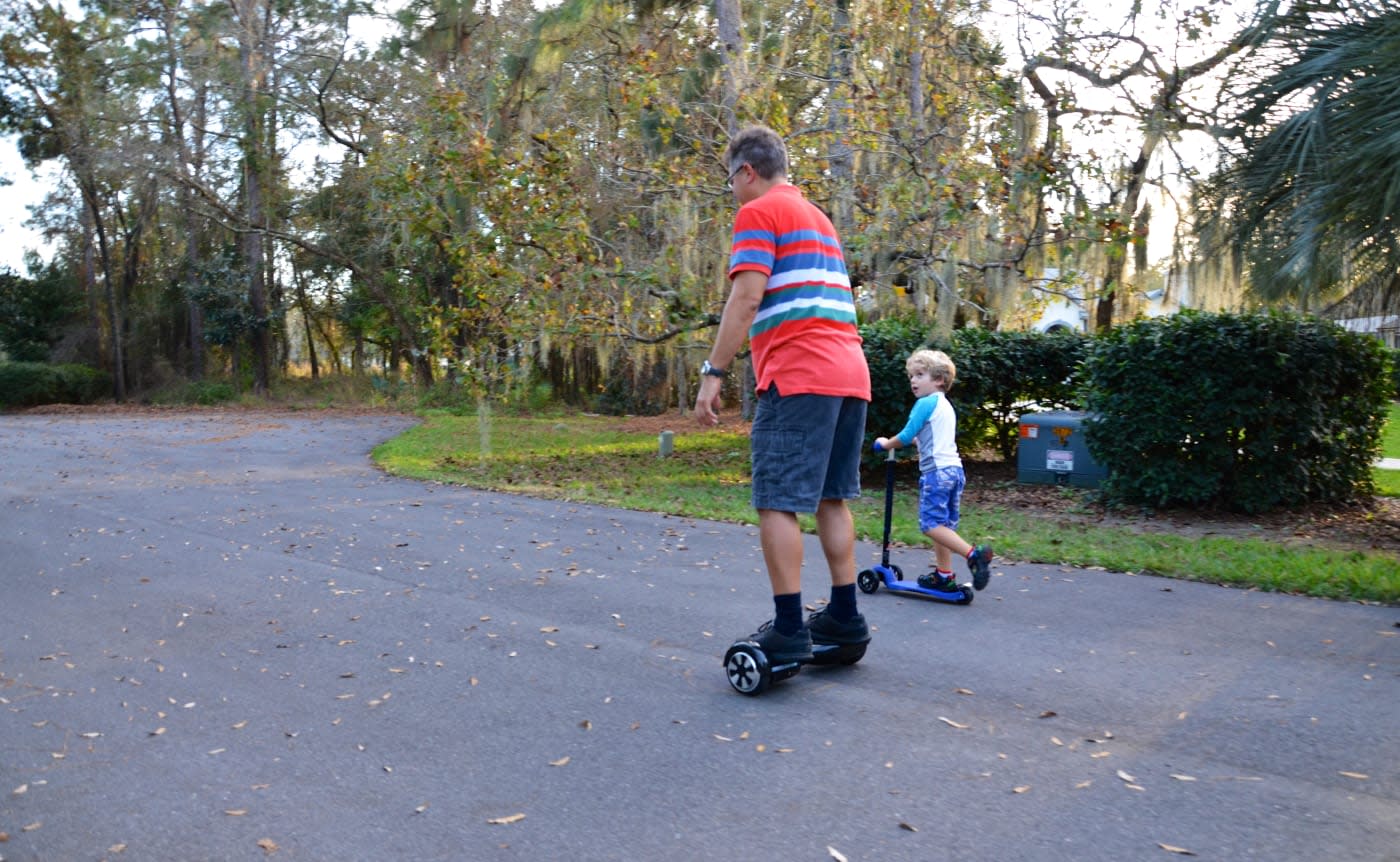 Feds might seize even more "hoverboards" now that the US International Trade Commission has banned most of them from being imported into the country. The ITC didn't issue the order because they're prone to exploding and catching fire -- it did so because of a patent complaint filed by Segway. Under the general exclusion order, any "personal transporter" that infringes upon Patent No. 8830048 (one of Segway's many, many patents) isn't allowed to enter the US.

An apparatus controller for prompting a rider to be positioned on a vehicle in such a manner as to reduce lateral instability due to lateral acceleration of the vehicle. The apparatus has an input for receiving specification from the rider of a desired direction of travel, and indicating means for reflecting to the rider a propitious instantaneous body orientation to enhance stability in the face of lateral acceleration. The indicating may include a handlebar that is pivotable with respect to the vehicle and that is driven in response to vehicle turning.

In the ITC's notice, it says Segway named 13 specific companies, which it believes infringe upon its intellectual property, in the complaint it submitted in 2014. They include Robstep Robot., Shenzhen INMOTION Technologies, Tech in the City, Freego USA, UPTECH Robotics Technology, Beijing Universal Pioneering Technology, FreeGo, EcoBoomer and Roboscooters.com. Most of these entities import self-balancing scooters from China. Segway also included Chinese company Ninebot in the list, but the Tianjin-based corporation ended up buying Segway in 2015.

Ars Technica notes that the president still has to approve the ITC's order within 60 days, though it doesn't sound like he has a reason to oppose it. That said, folks who hate the scooters might want to hold off on celebrating -- it'll likely take time to enforce the ban if the president approves it.

In this article: ban, gear, hoverboard, patent, segway, transportation
All products recommended by Engadget are selected by our editorial team, independent of our parent company. Some of our stories include affiliate links. If you buy something through one of these links, we may earn an affiliate commission.