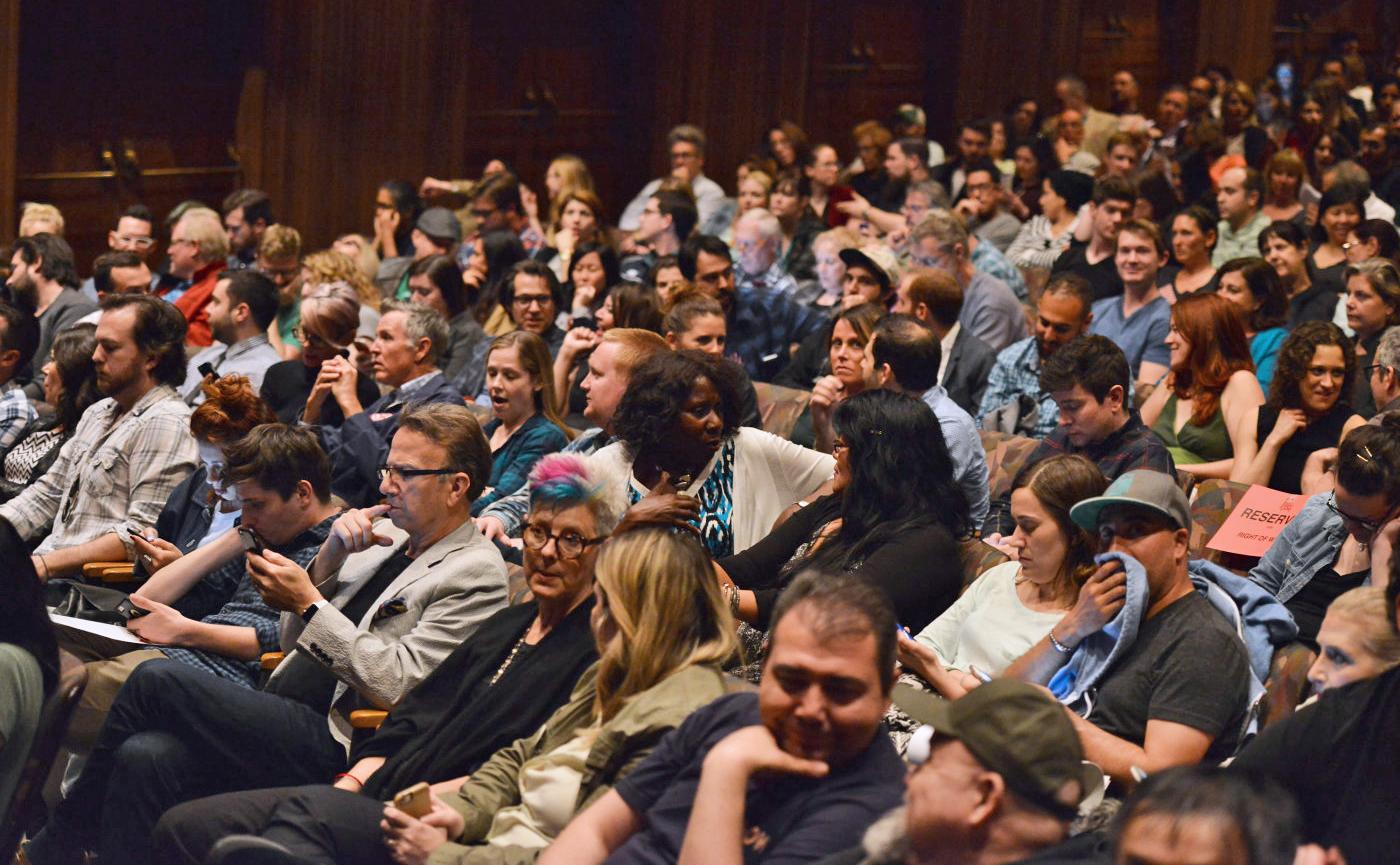 In a bid to stop audiences from distracting actors on stage, staff at a London theatre are shining lasers at audience members who won't turn off their smartphone. The Times reports that Jermyn Street Theatre, a small auditorium in the West End, adopted the practice after hearing reports of its success inside the Shanghai Grand Theatre and Beijing's National Centre for the Performing Arts in China.

"[Mobile phone use is] is so prevalent, we need to find some way of stopping it," the theatre's artistic director Anthony Biggs said. "A montage of mobile phones ringing at the beginning of the show is not effective. I think we should use lasers. Let's give it a go." It's hoped that the laser will pressure the person into putting their phone down or do enough to single them out in front of other theatregoers.

Although the same thing happens in movie theatres, stars including Benedict Cumberbatch have spoken out about the use of mobile phones during live performances. Last August, the actor confronted fans after a performance of Hamlet, famous for its "to be, or not to be" soliloquy, telling them that spotting cameras in the audience was "mortifying" and "very, very obvious."

In this article: av, benedictcumberbatch, culture, entertainment, laser, mobile, smartphones, theater
All products recommended by Engadget are selected by our editorial team, independent of our parent company. Some of our stories include affiliate links. If you buy something through one of these links, we may earn an affiliate commission.