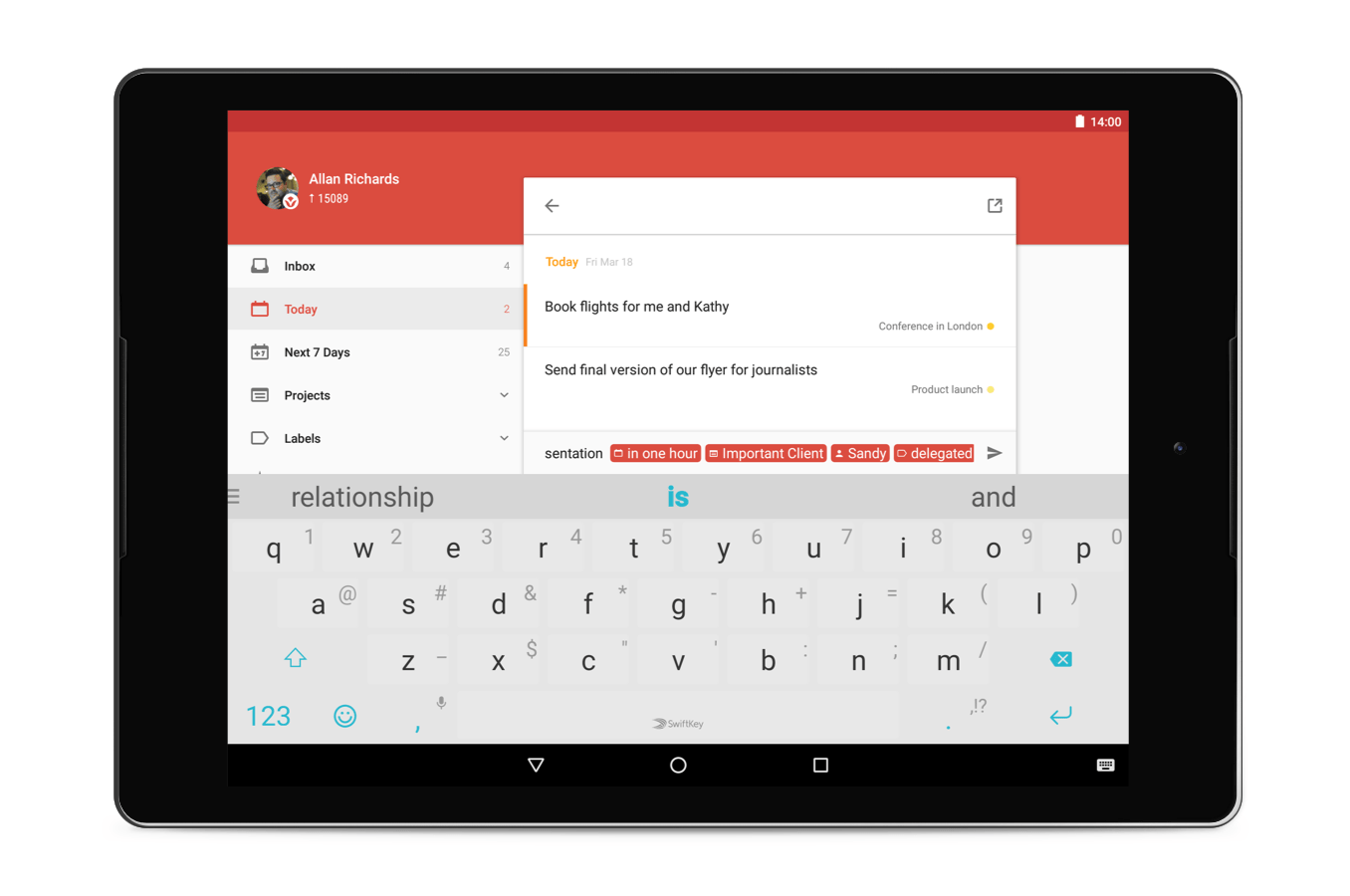 Task management app Todoist may require a $29 annual subscription for you to get the most out of the app, but at least the frequent pace of upgrades and feature additions makes it feel like you're getting your money's worth. Today, Android users are getting some love with the launch of Todoist 9, an update that brings a handful of smart features as well as some design tweaks to make the app feel even more at home on Google's mobile OS.

Perhaps the most clever trick that Todoist for Android now features is called Intelligent Input. Todoist already let you type using natural language to set to-do items and reminders (For example: typing "send in rent check on the 1st of every month at 10AM" would automatically add a recurring to-do item, complete with reminder). But Intelligent Input takes it a step farther, letting you add things directly to project or adding members to a to-do item just by typing. Adding a # symbol lets you put in whatever project you'd like to assign the item to, and typing + with another Todoist user's name will add them to the task -- perfect if you use the app along with family members or roommates to get things done.

The update also adds support for Bluetooth keyboards. We're not sure why they didn't work before, but if you use an Android tablet plus a keyboard to get work done -- something that should become more commonplace with Android N's new multitasking features -- you'll appreciate this change. Todoist has also improved syncing, with notifications read and dismissed on other platforms syncing back to the Android app. Syncing tasks in general is said to be four times faster with this update, something Todoist claims will help reduce the app's drain on your phone's battery.

Todoist made a few other UI tweaks which you can check out in the screenshots below; it's nothing radical, but it does help make the app easier to navigate than before. Oh, and one last change is pretty radical: you can now include emoji when you're naming a project. So if there's a work project that you just don't want to deal with, you can include the appropriate rage-filled face to go along side it. The new update rolls out today if you want to give it a shot.

13
In this article: android, apps, gear, services, todoapps, todoist, update
All products recommended by Engadget are selected by our editorial team, independent of our parent company. Some of our stories include affiliate links. If you buy something through one of these links, we may earn an affiliate commission.