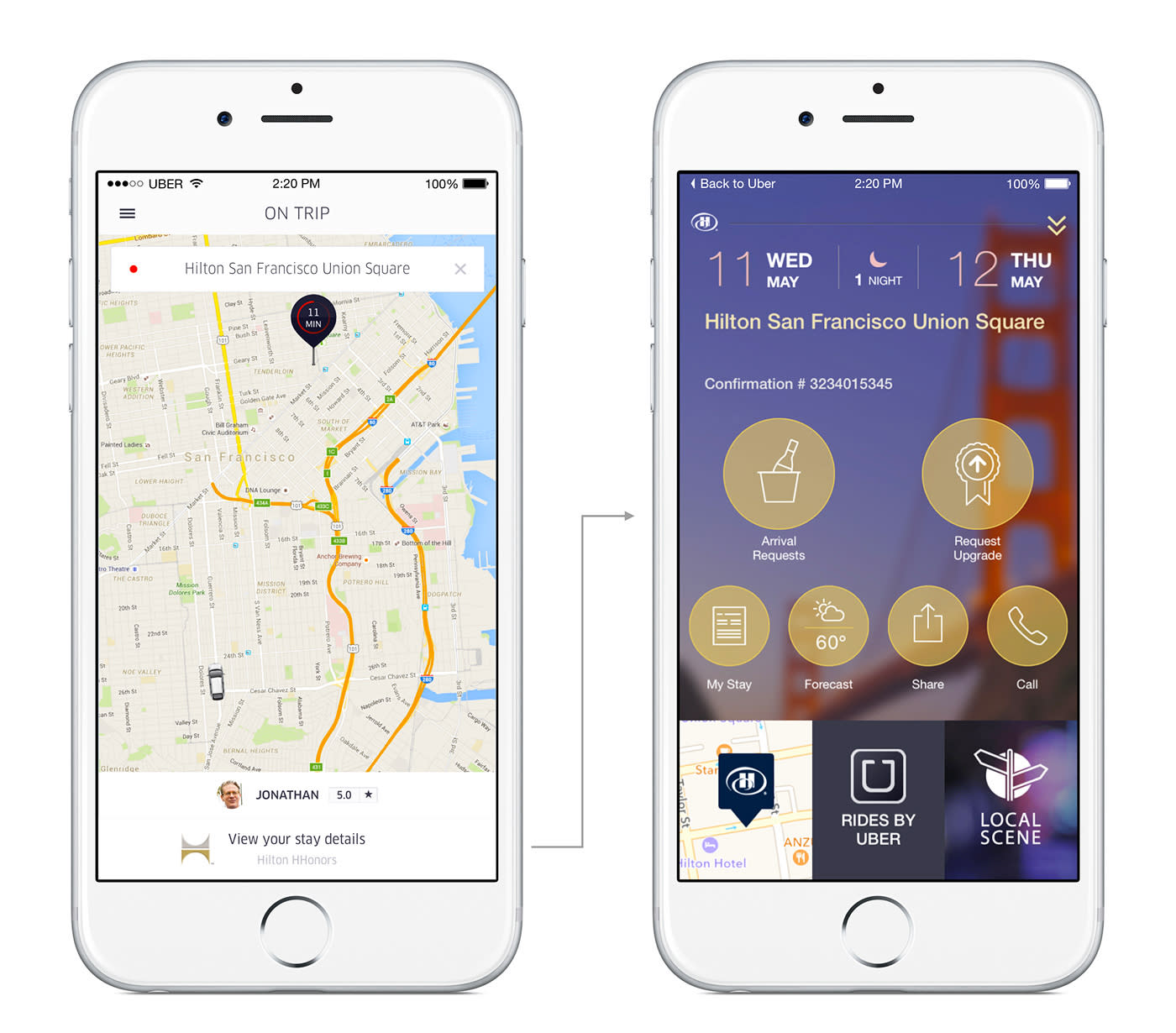 Uber has been pushing to get its services better integrated into third-party apps in recent years, and new widget and branding features will bring a more complete experience than ever before.

The company is introducing a "Ride Request Widget," which builds on the previously available "Ride Request Button," adding extra functionality and improvements for customers with limited connectivity. Uber says the widget takes "a few minutes" for developers to add to their apps.

Once it's integrated, users will be able to access a simplified version of the Uber interface that lets them choose a ride type (Uber X, Uber Black, etc.), and shows them an estimated time for pick-up. Once they enter the car, the widget will then show an ETA for their destination -- all without ever loading the Uber app itself. In order to work well in areas with poor connectivity, no map is loaded; instead a simple bar is displayed.

In addition to helping Uber work better with other apps, Uber is also helping other apps work better with Uber. Separately to the widget announcement, it's introducing "Trip Branding," which will change the experience inside the Uber app when a ride is requested through a third-party site or app (but not through the new widget, which doesn't take you into the main app). This lets companies add a button to the Uber ride screen that deeply links into their own app, providing destination details or other information.

Citymapper, Zomato and Hilton have already signed up for the program, along with "a few other partners." Hilton's button (pictured atop this article) lets you view your reservation, check-in or request an upgrade; Zomato displays the menu for your designated restaurant; Citymapper shows you the next step on your journey (for example, the times of trains at your destination station).

Both the Ride Request Widget and Trip Branding are open to all third-party developers now.

In this article: branding, citymapper, culture, gear, hilton, mobile, ridesharing, services, transportation, uber, widget, zomato
All products recommended by Engadget are selected by our editorial team, independent of our parent company. Some of our stories include affiliate links. If you buy something through one of these links, we may earn an affiliate commission.