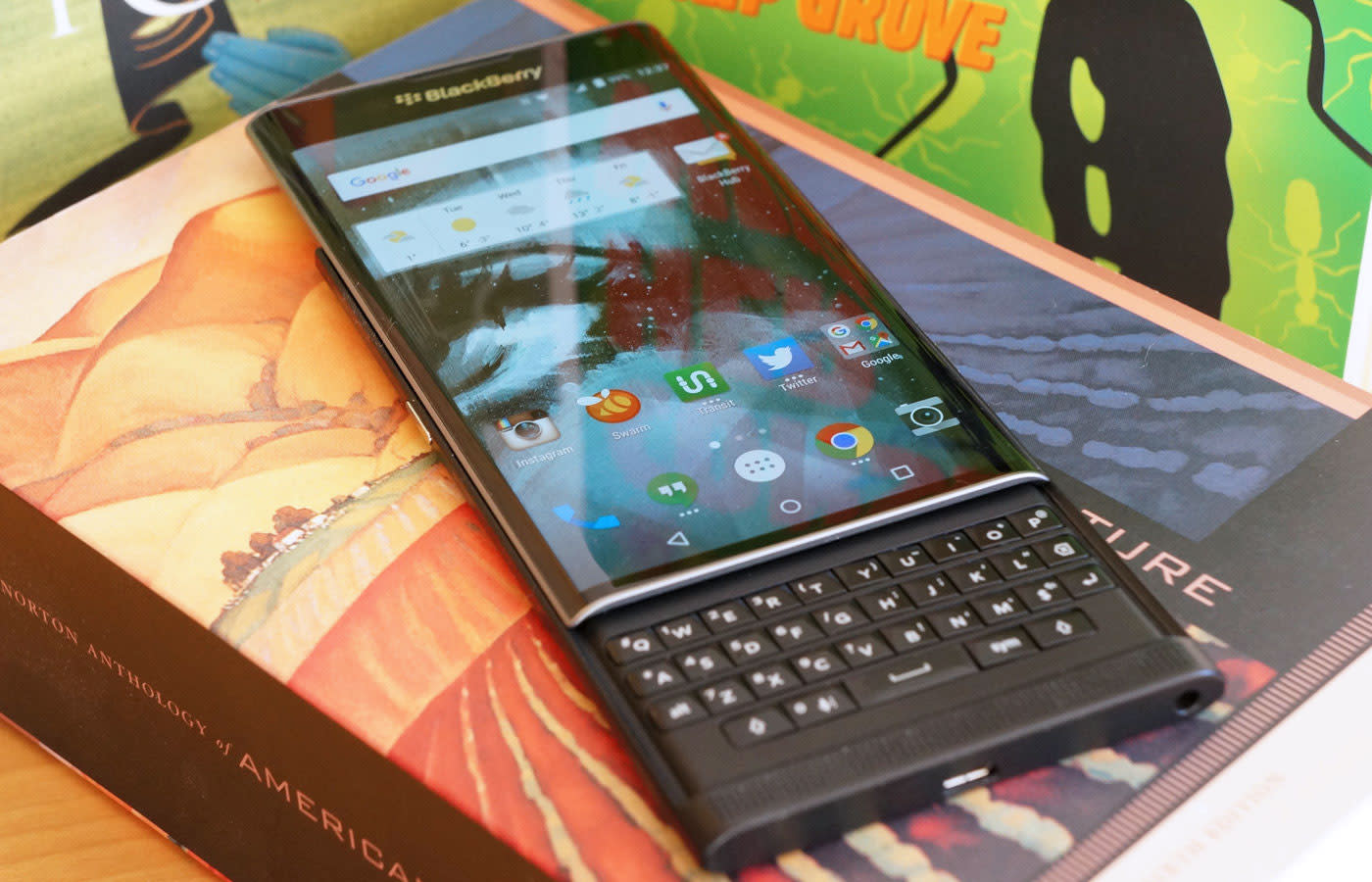 Even though the Priv fell flat, BlackBerry is still trucking along with Android. The troubled company now plans to launch two mid-range Android phones later this year, reports The National. One phone will feature a physical keyboard, while the other will be a completely touchscreen device, according to BlackBerry CEO John Chen. While he didn't have many details to share, Chen mentioned a potential $400 price, which would be a huge discount from the Priv, which launched at $699.

"We're the only people who really secure Android, taking the security features of BlackBerry that everyone knows us for and make it more reachable for the market," Chen said.

He reiterated that BlackBerry has no plans for new devices featuring the BB10 OS, though the company will still support the platform (it still has millions of customers using it, after all). Chen also isn't giving up the idea of selling off BlackBerry's handset division if it doesn't shape up, an idea he's floated since coming aboard in 2013.

In this article: Android, blackberry, gadgetry, gadgets, gear, mobile
All products recommended by Engadget are selected by our editorial team, independent of our parent company. Some of our stories include affiliate links. If you buy something through one of these links, we may earn an affiliate commission.