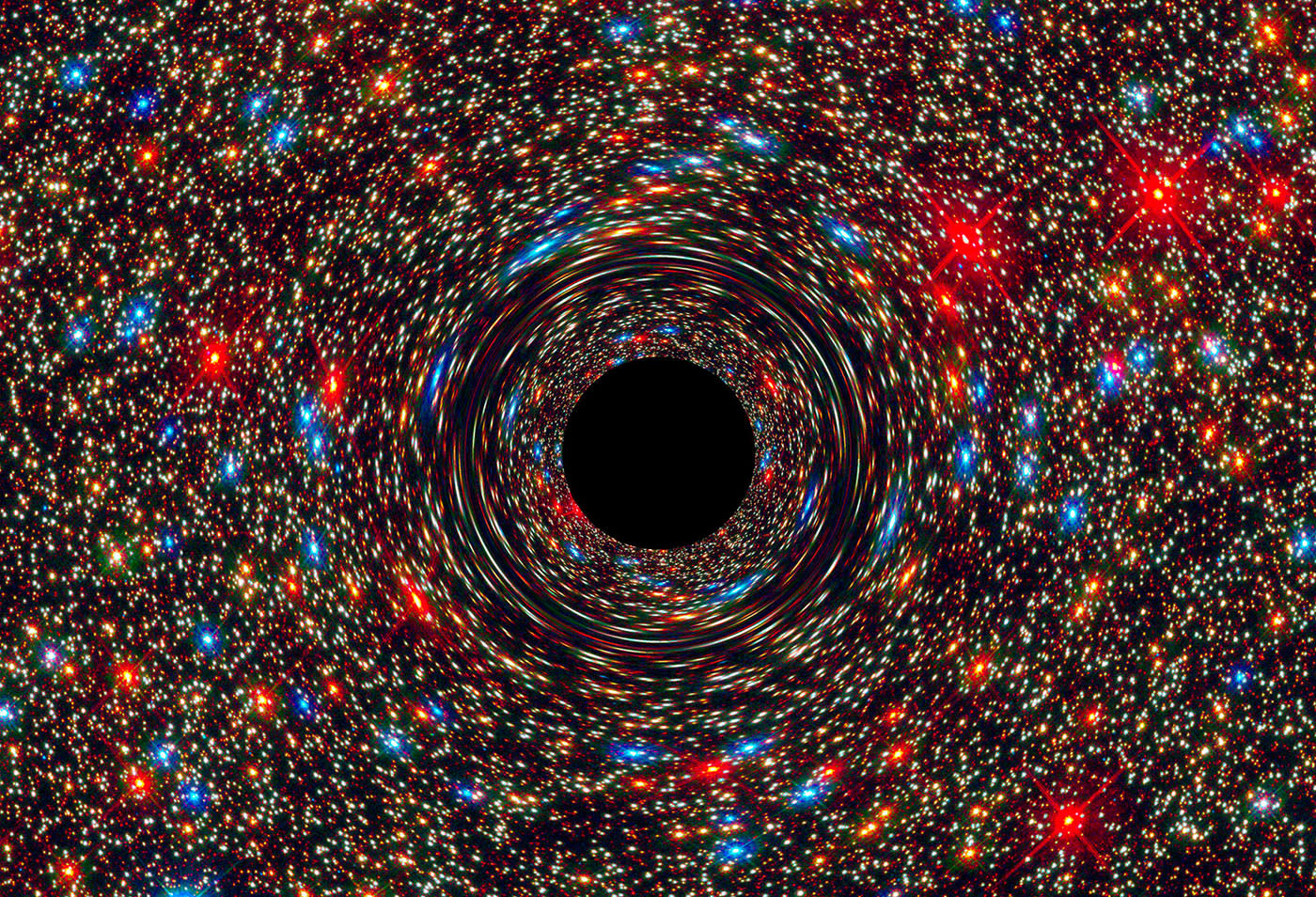 The humongous black hole in the center of a galaxy called NGC 1600 took the MASSIVE Survey astronomers by surprise. It's not only almost as big as the largest one we've discovered, it's also located in a sparsely populated region of only 20 or so galaxies, 200 million light years away. To note, it's 17 billion times bigger than our sun, while the largest one that we know of is 21 billion times larger. Supermassive black holes, which weigh at least 10 billion suns, are typically found in the center of huge galaxies that reside in heavily populated areas. NASA says finding NGC 1600's was like finding a skyscraper in the middle of a small town.

The MASSIVE Survey, which is a study of huge galaxies, determined this particular black hole's size by measuring the movements of stars within its influence using the Gemini Observatory telescopes in Hawaii and Chile. Lead astronomer Chung-Pei Ma said the stars were moving so fast that the only possible explanation is that they're affected by a region with "a 17-billion-solar-mass black hole at the center."

It's still a mystery why it's so big, but one possibility is that it's a product of two black holes that merged when their galaxies smashed into each other. Whatever the reason is, scientists now know that supermassive black holes can exist within smaller groups of galaxies. And since that type of cosmic community is more abundant than densely populated ones, then there might be a lot more supersize black holes than we thought.

In this article: blackhole, ngc1600, science, space, supermassiveblackhole
All products recommended by Engadget are selected by our editorial team, independent of our parent company. Some of our stories include affiliate links. If you buy something through one of these links, we may earn an affiliate commission.