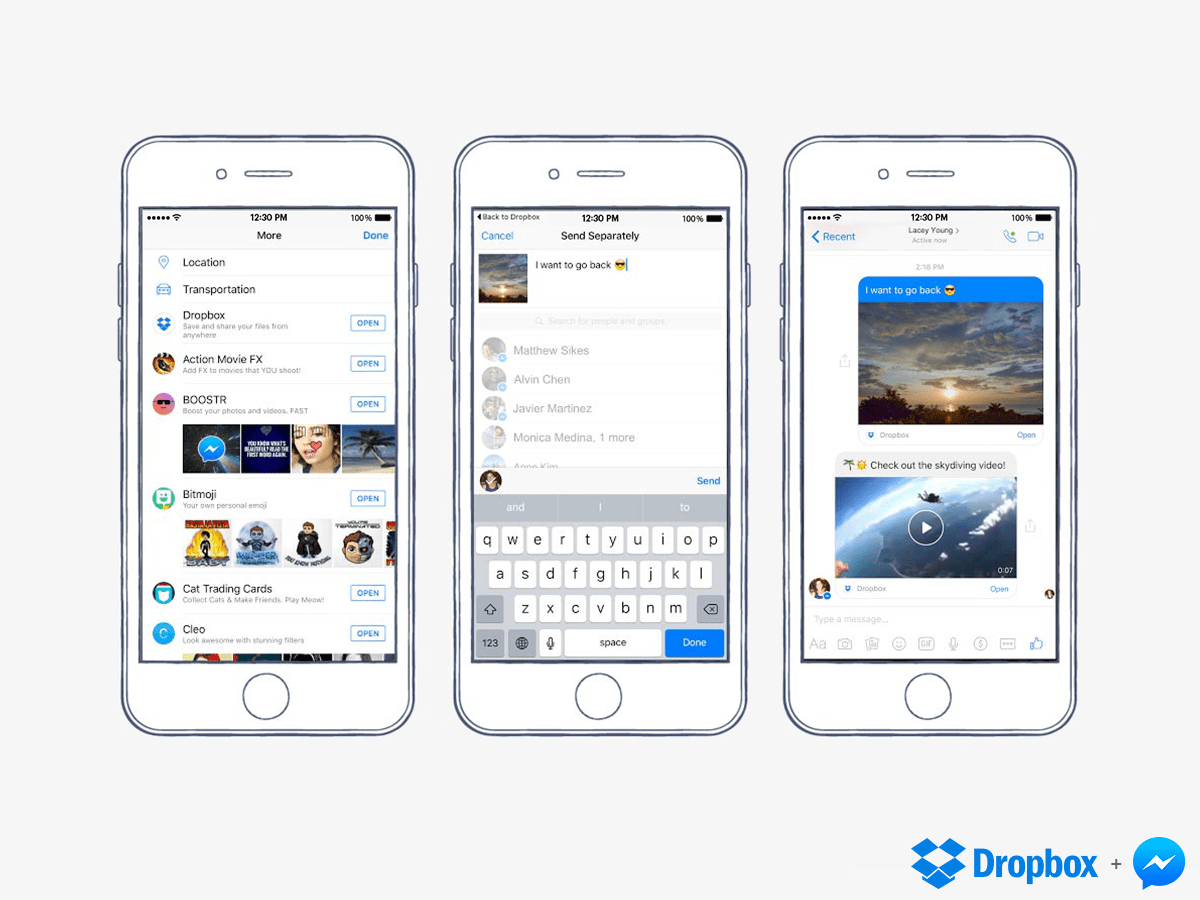 If you're on Facebook Messenger, you likely already know that you can easily share images and videos with your friends by accessing your camera roll within the chat window. But what if you store your media in the cloud rather than on your phone? Well, if you do so on Dropbox, you now have a solution. The cloud storage firm announced today that you can now share Dropbox files over Messenger. If the files are photos or videos -- including animated GIFs -- those will appear directly in the chat window. Anything else will prompt you to open the Dropbox mobile app to preview the files in question.

The Dropbox integration is just the latest in a long line of third-party apps to enrich the messaging platform. You can already order an Uber or a Lyft through Messenger and share songs via Spotify. Soon you could even communicate with businesses via chatbots. We'll likely hear more about Messenger's plans for the future during this week's F8, Facebook's annual developer conference.

"We want people to communicate just the way they want to on Messenger, with everyone they care about," said Stan Chudnovsky, head of product for Messenger, in a statement. "Giving our users the ability to share their Dropbox videos and images in Messenger threads with just a few taps will help them bring more style and personality to those conversations." For those who want to try the new feature out, you'll need both the Dropbox and the Messenger app on your phone. Android and iOS versions should be available starting today.

In this article: culture, dropbox, facebook, mobile, services
All products recommended by Engadget are selected by our editorial team, independent of our parent company. Some of our stories include affiliate links. If you buy something through one of these links, we may earn an affiliate commission.