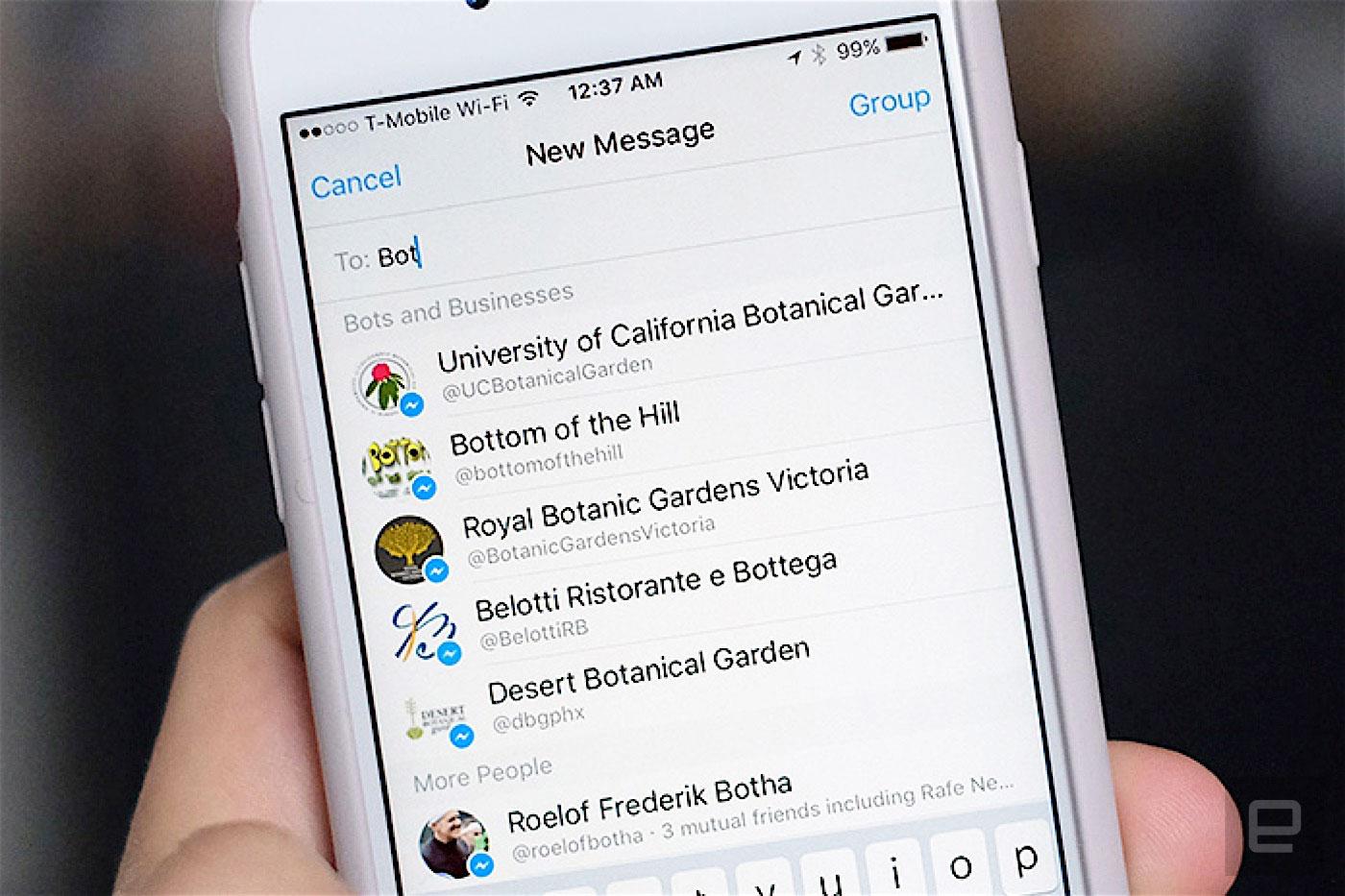 At this point, it's a bit of an open secret that Facebook will announce the arrival of chatbots for Messenger at F8, its annual developer conference. Well, the latest Messenger update all but confirms it. If you were to do a search in the latest version of Facebook's chat app, you'll find a new category heading called "Bots and Businesses." Prior to the update, this would simply read "Businesses," which was a listing of companies that you could message for customer support and general inquiries. Messaging businesses typically involves speaking to a human, however, while talking to chatbots would likely be a more automated experience -- sort of like chatting to the equivalent of a phone tree.

We've seen a few examples of this already. Uber and Lyft requests function similar to bots (especially if you're requesting updates), as does the recent KLM chatbot that lets you book flights with just a few keypresses. There've also been rumors that the chatbot experience isn't limited to just businesses either; we're hearing that publishers could get in on the Messenger chatbot train as well (get ready for breaking news via Messenger). Techcrunch reported last week that a Chat SDK of sorts have already been seeded out to a few developers that instructs them on how to build chatbots into Messenger, so we're guessing we'll find out more about how it all works at the F8 keynote later today at 10am PT / 1pm ET. Stay tuned.

In this article: chatbots, culture, f8, f82016, facebook, gear, messenger, services
All products recommended by Engadget are selected by our editorial team, independent of our parent company. Some of our stories include affiliate links. If you buy something through one of these links, we may earn an affiliate commission.