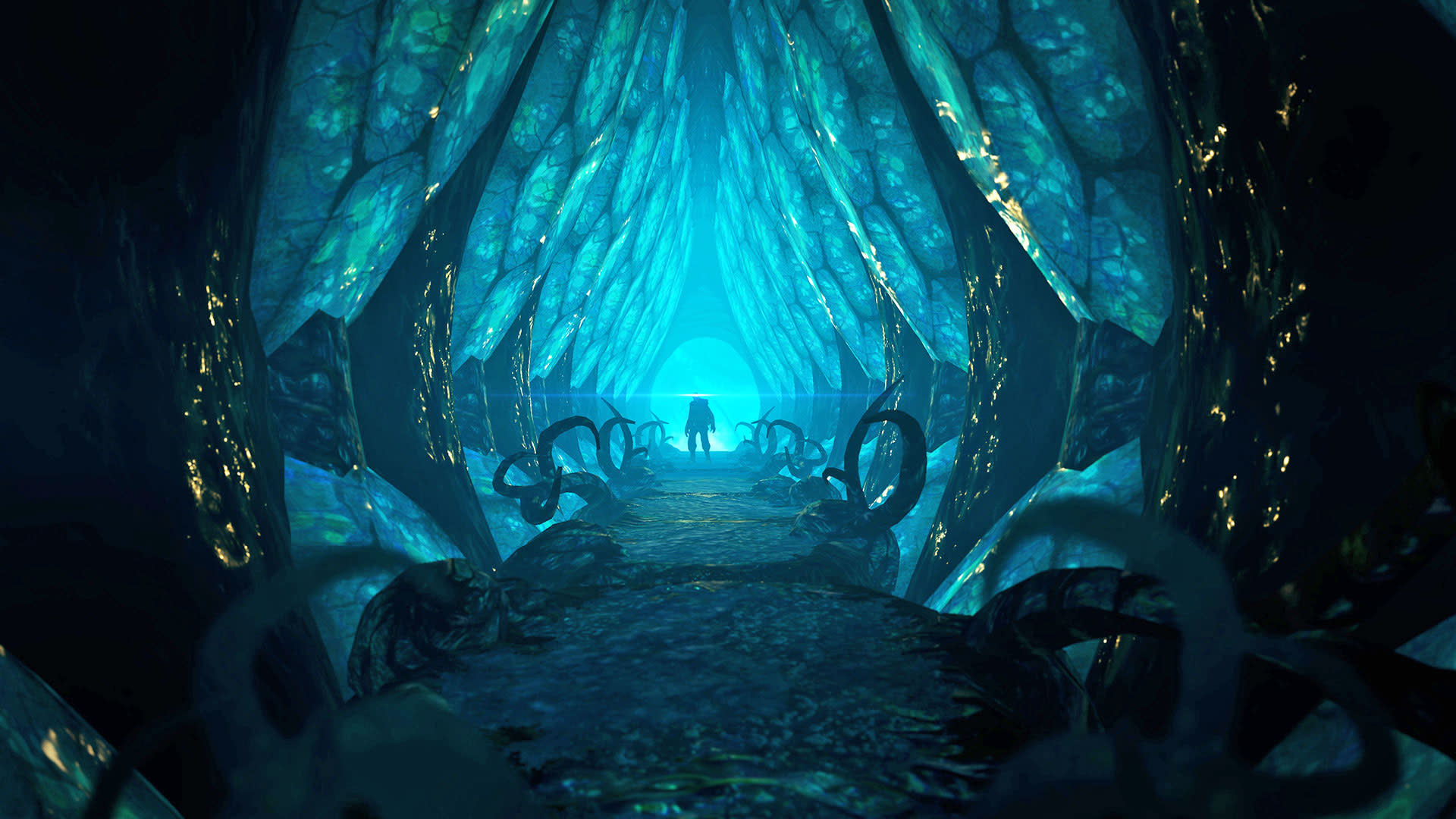 Edge of Nowhere is a psychological thriller with a Lovecraftian vibe, and it's a remarkable, yet terrifying, experience in VR. Your head controls the camera as explorer Victor Howard searches surreal ice caves and snow-covered mountains for his fiancé, Ava Thorne, who mysteriously disappeared on a previous expedition.

Song of the Deep is the first game to be published by Gamestop, and it tells the story of Merryn, a young woman on a quest to save her father, a fisherman, after he's lost under the ocean waves. Merryn travels in a submarine, fighting off sea beasts, exploring the underwater ruins of lost civilizations and solving puzzles in a 2D platformer. Her submarine can be upgraded with new weapons and abilities as she seeks out her father.

"Gamestop is publishing Song of the Deep, but we are the intellectual property owners and we also have full creative control," Insomniac CEO Ted Price told Engadget in March. "It's been a really straightforward and symbiotic partnership."

Insomniac is also partnering with Oculus Studios for two new VR games, Feral Rites and The Unspoken, which are scheduled to launch once the air cools down again this year.

In this article: av, edgeofnowhere, gaming, insomniac, InsomniacGames, oculus, OculusRift, pc, personal computing, personalcomputing, ps4, SongoftheDeep, XboxOne
All products recommended by Engadget are selected by our editorial team, independent of our parent company. Some of our stories include affiliate links. If you buy something through one of these links, we may earn an affiliate commission.