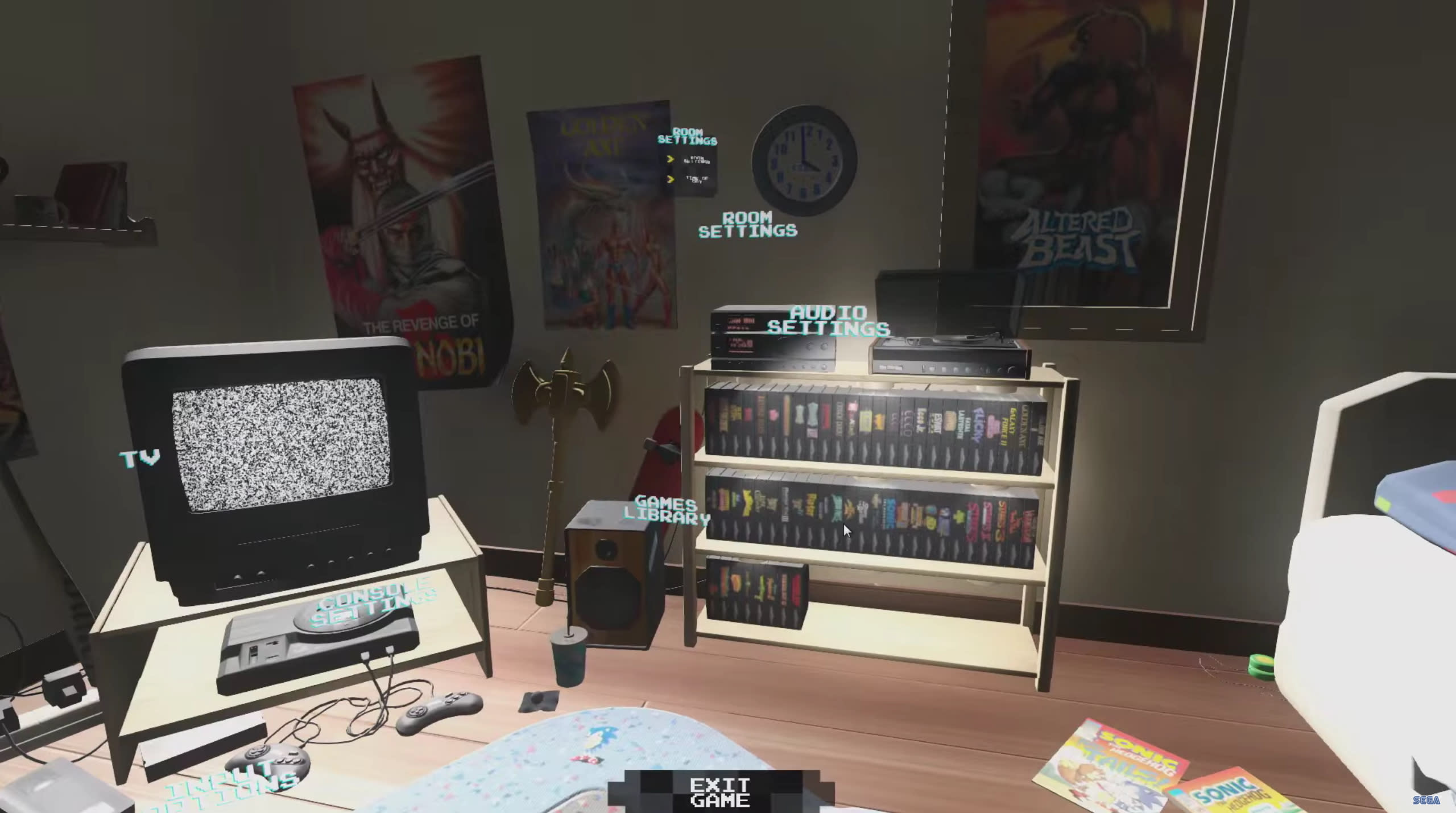 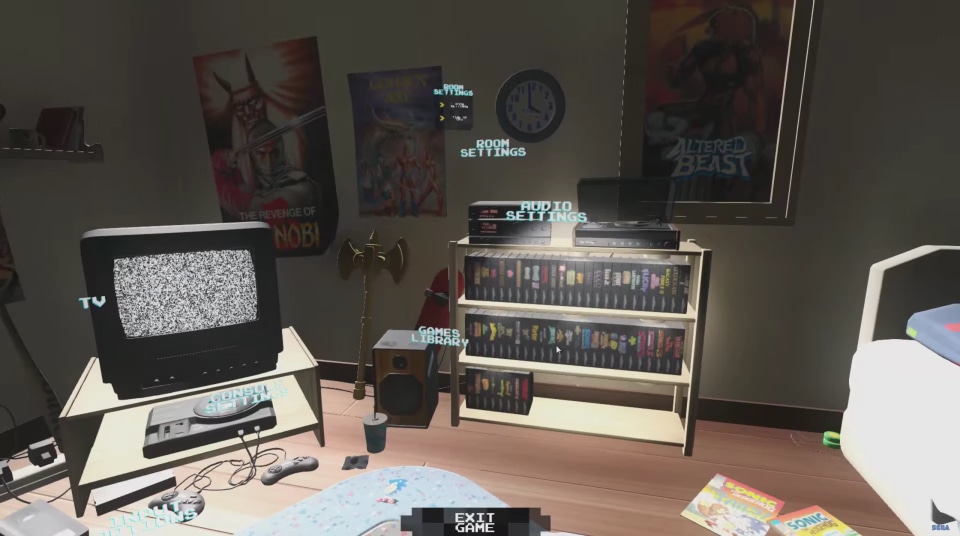 Sega's Mega Drive console (or the Genesis, depending on where you lived at the time) still boasts an impressive library of 16-bit games. Many of those are now available on Steam and Sega, hoping to attract some new collectors, has developed a virtual playground for them called the Mega Drive Classics Hub. Notably, this also comes with Steam Workshop support, allowing PC players to share "modified versions" of their favorite games from the early 90s. That's pretty unusual, given most developers and publishers are opposed to fan-driven emulation and modification of classic games -- no doubt because of its relationship with piracy.

When you load up the Mega Drive Classics Hub, you'll be dropped into a virtual bedroom that depicts the average Sega fan back in the day. Posters for Golden Axe and Streets of Rage are visible on the walls, while a double-headed axe prop sits in a corner. The Mega Drive itself is hooked up to a CRT TV, along with a small bookcase stacked with chunky cases for equally chunky cartridges. You can move around the room to browse your game library and also change how they're presented from an audio and visual standpoint. (Some people just really need those scan lines, okay?)

The announcement was made from Sega's UK PR division -- hence the Mega Drive branding -- so it's unclear whether the hub will also be available in the US. At least in Europe, it's due on April 28th and should be a novel way to build a digital Genesis library. We can't count the number of times Sega has repackaged its old games like this -- there have been countless bundles over the years -- but if you're still looking for a way to play Shining Force II or Ecco the Dolphin, this is another option.

In this article: av, emulation, gaming, genesis, megadrive, modding, retrogaming, sega, segagenesis, steam, steamworkshop
All products recommended by Engadget are selected by our editorial team, independent of our parent company. Some of our stories include affiliate links. If you buy something through one of these links, we may earn an affiliate commission.